It's In The Bag: Ketanji Brown Jackson Is Confirmed As The First Black Woman On The Supreme Court 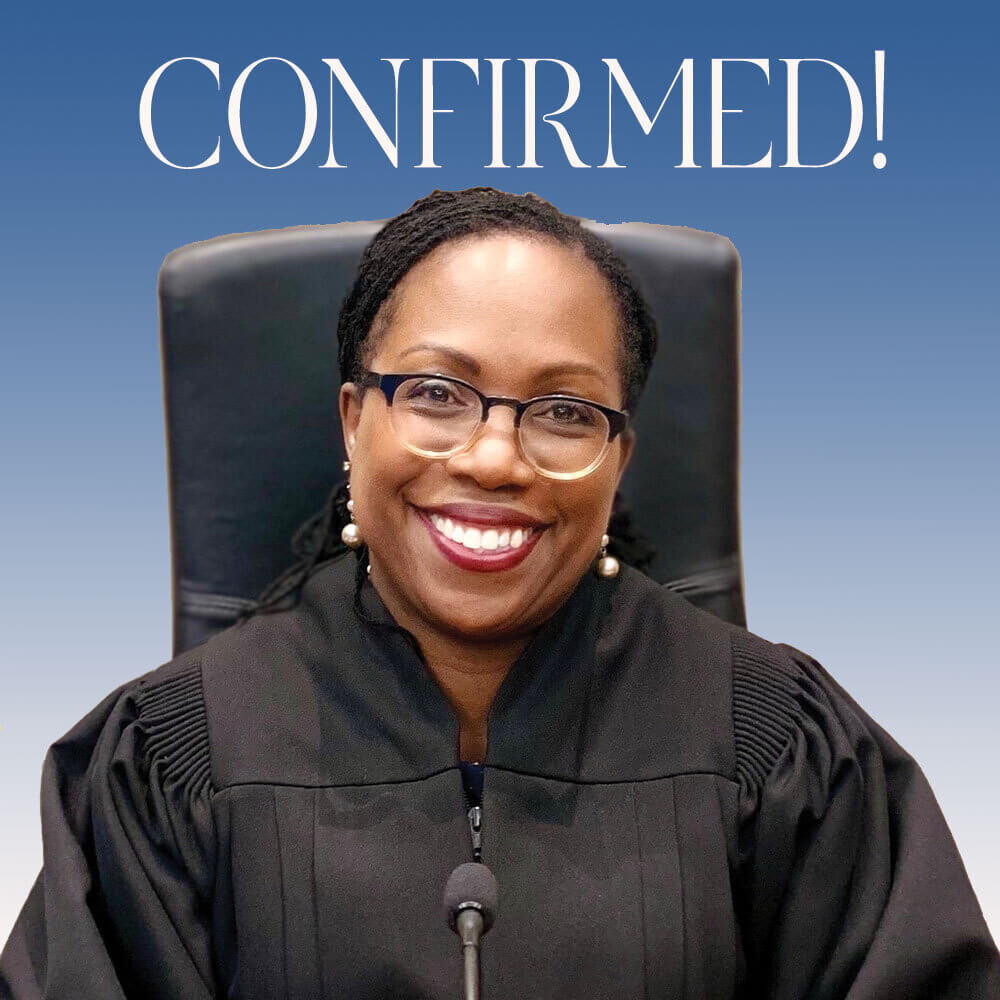 After a long and arduous confirmation process, and many tear jerking moments like this one, (thanks Cory Booker,) Ketanji Brown Jackson has officially been confirmed to the Supreme Court after a bipartisan vote of 53-47. Jackson's move into the Supreme Court is met with exuberant celebration as she is the country's first Black woman to be seated on the highest court of the land in 200 years.

A judge on the US court of appeals for the D.C. circuit, her experience in law is as extensive, as it is impressive, Brown Jackson is the first former public defender to serve as a supreme court Justice.

The 51 year old, newly appointed justice will be replacing Justice Stephen Breyer, who announced his retirement this year, and will be taking bench sometime in October after the Supreme Court's summer recess. Besides literally making history, Brown Jackson's addition to the supreme court marks the first time in the court's history where white men will not be the majority. Brown Jackson wasn't the only groundbreaking Black woman in the house at the confirmation hearing, vice-president Kamala Harris presided over the senate vote as well.

Judge Jackson’s confirmation was a historic moment for our nation. We’ve taken another step toward making our highest court reflect the diversity of America. She will be an incredible Justice, and I was honored to share this moment with her. pic.twitter.com/K8SAh25NL5

Wanna learn more about our new supreme court justice? Check out our article on six facts you may not know about Mrs. Jackson.