What Women’s History Month Means To Me As A Young Black Woman in America... And It's Not What You Think 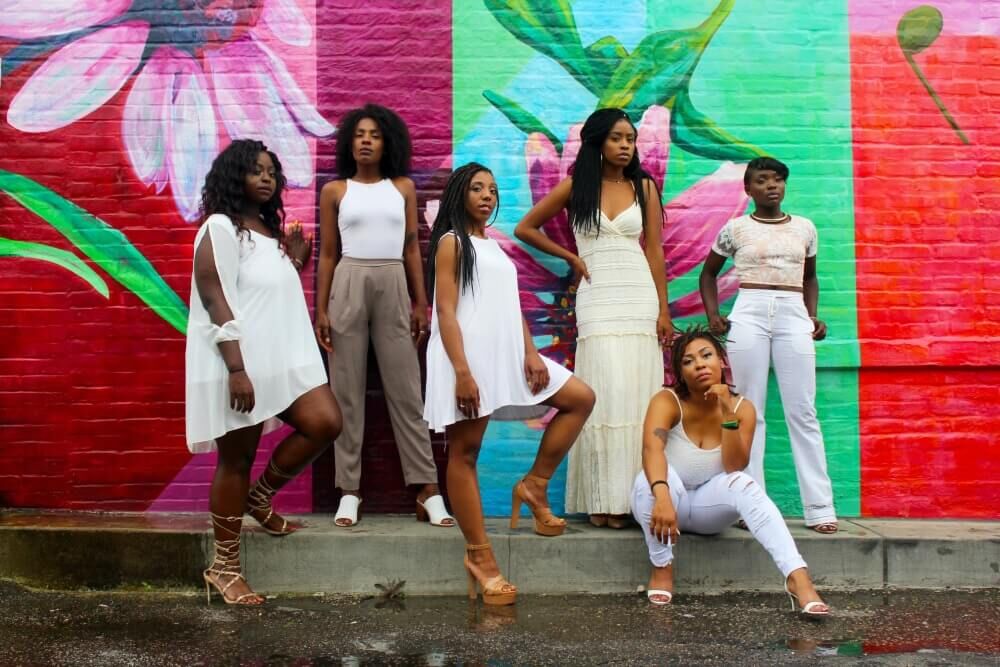 As Women’s History Month comes to a close, I’d like to reflect on my feelings about this holiday and its implications. As a Black woman, ever since I knew what Women’s History Month was, I felt alienated from it. I constantly saw women of color sidelined for white feminist movements, and it made me distrust any kind of global “women’s” holidays. The first time I encountered Women’s History Month was in high school, through assemblies and special programming, but I never felt like it was for me. I would learn about the 19th Amendment (ratified in 1920) which granted voting rights to women, and think of the Civil Rights Act of 1964 which outlawed voting discrimination by race, and allowed black people (including black women) to vote. I would read about Amelia Earhart and wonder who the first black woman to fly was. I would read an article listing women who were the first to win this award or teach at that university and wonder how long it took for a black woman to do it. I was plagued by these thoughts, by my supposed history.

“Women’s History,” in the way we usually think about it, includes big milestones: winning the right to vote, winning equal pay, and more recently, the Me Too movement. But almost all of these big milestones have a certain type of woman at the forefront: a wealthy white woman. I don’t think this is some awful thing— we are all women, independent of our race, class, ability — but it alienated me. I felt detached, constantly, because of the exclusivity of the holiday— these heroes that were being celebrated who didn’t look like me, or even worse, who hated people like me. Even though black and brown women have been achieving, reaching, and succeeding for centuries, their contributions are often filed under racial milestones, or ignored completely, i.e. Hidden Figures. This means that women's history has not always celebrated the contributions of minority women. Many of these milestones weren’t even milestones for women of color, just white women. 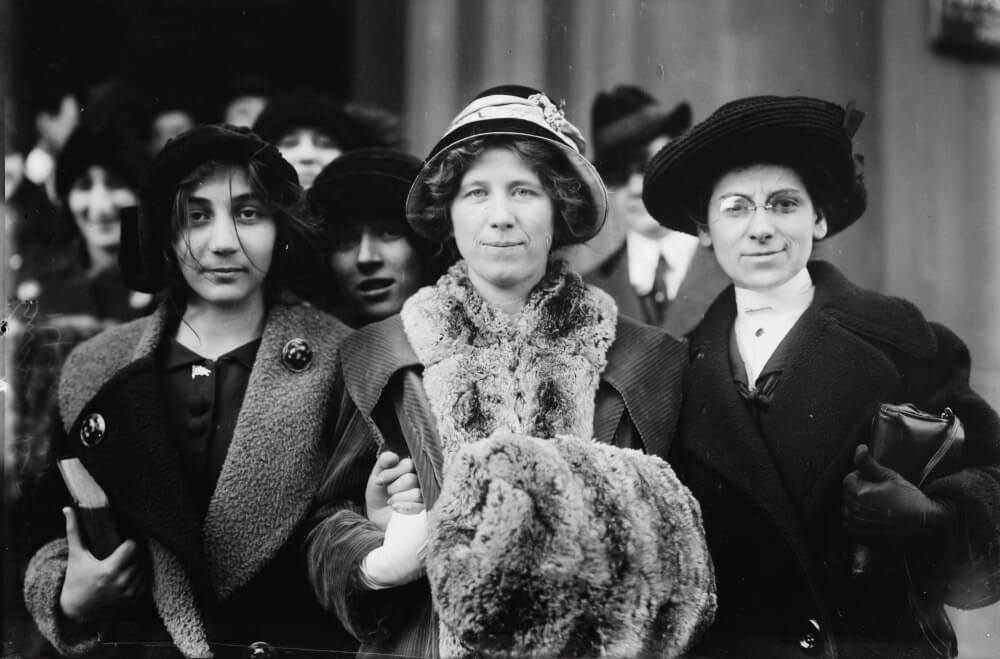 First, some history. Women’s History Month began as International Women’s Day on March 8th, 1908, when women marched and rallied in New York City, demanding the right to vote and better working conditions. These women were almost inclusively white–marching for equality with men in their same class and race. By 1911, women in various countries around the globe had joined in to march in celebration of this informal holiday. In 1970, a women’s group in California noticed that women’s achievements weren’t being taught in schools, and their voices made it all the way to the White House. In 1977, the World Organization deemed International Women’s Day an international holiday, and in 1980, President Jimmy Carter officially established a National Women’s History Week. Today, it's a time to honor women’s achievements, learn about women in school, and celebrate our womanhood. Though the origins of the holiday may have been exclusive to some, women’s history month should be a time to celebrate and promote all types of women — including Black and brown women, disabled women, indigenous women, and trans women.

In the past, the exclusive nature of those women’s movements which are frequently emphasized during Women’s History Month (suffrage, the signature women's firsts, even #MeToo), and the presence of intersectional issues that are frequently ignored during Women’s History Month (fighting for men who mistreated them in the civil rights movement, the less common black women's firsts, the struggle of fighting both sexism and racism), fostered conflicting feelings within me. As the National Women’s History Alliance wrote, “despite our best intentions, we have not done enough to challenge racism within the sphere of women’s history. In the past, we have failed to effectively speak out against racism in our collaborative spaces. We now understand that we must take action.” Though Women’s History Month started as an International Women’s Month holiday, the focus on intersectionality has been pretty recent.

I remember as a junior in high school, during Women’s History Month, some girls in my grade were planning to protest how the teachers in the math and science departments treated female students and teachers. Even though I understood the issue and I wanted to join, I couldn’t bring myself to join them. I felt like they weren’t really protesting for me, though I was a woman and I agreed with their complaints. When it came to other issues that affected my life: racism, intersectional sexism, microaggressions, I could never count on them. So why should they be able to count on me? I understood, of course, that in fighting for women I’d be fighting for myself, but still, I couldn’t bear to do it— I knew how alone I would feel afterward.

These dynamics were rarely discussed, though I frequently saw Black people and women discussed separately... as if it’s impossible to be both.

Black people didn’t get the right to vote until the Civil Rights Act of 1964, and the 15th Amendment caused a huge divide between suffragists and abolitionists. The 15th amendment granted citizens the right to vote without being discriminated against by race or ethnicity. The absence of sex in the amendment angered women’s rights activists and caused many to feel disdain toward Black abolitionists— male and female. These dynamics were rarely discussed, though I frequently saw Black people and women discussed separately (by women from Elizabeth Cady Stanton to Gloria Steinem), as if it’s impossible to be both. Even in 2010, The New York Times article on education during women’s history month did not mention a single black woman.

during women's history month, let's reflect on how #misogyny intersects with #racism, #ableism, #transphobia and other kinds of #discrimination, especially under #capitalism

Well, fast forward to this Women’s History Month. The New York Times released an article with various women of color describing their experiences with women’s history month, a better take, perhaps, than the 2010 article. Though the historical origins and big milestones of this holiday have not changed, people everywhere are striving to make the month more inclusive. But more than that, I have started to see a change in myself. I have such a huge appreciation for Women’s History Month now for one reason: it makes me feel more proud to be a woman. Womanhood and blackness have always been intertwined to me, but I think this Women’s History Month, as Instagram posts grow more inclusive and the definition of “women” expands, March makes me prouder and prouder to be a woman. I feel like I am finally appreciated for my womanhood, and I can appreciate others. Inclusivity in the women’s movement is vital, and now that it’s improving, I can say I’m a proud and fervent celebrator of Women's History Month.

A post shared by Let’s Talk About Consent (@letstalkabtconsent)

Steadily, I have seen the definition of woman expand in feminist society, and I am so so proud.

Being a black woman has always meant I was pulled between communities. Often, I felt I had to choose the black community— and sometimes I still do— but this women’s history month, seeing all of the inclusivity plastered all over my social media pages, going to a Women-Owned Wednesday event at my university where women entrepreneurs sold their merchandise, and seeing so many Black faces in the crowd, I felt more like a woman than I have in a long time. Steadily, I have seen the definition of woman expand in feminist society, and I am so so proud. Seeing graphics with women in hijabs, women with natural hair, and women with wheelchairs or vitiligo— it makes me feel like a part of this community of women, a community that I felt unseen by for so long. Even writing this right now, getting a job at BUST where I can write about womanhood and blackness, intertwined them, and be valued for the voice I have. So maybe it’s this new wave of diversity, equity, and inclusion that is all the rage now, or maybe it’s that I’ve grown up and into myself, but this Woman’s History Month I feel seen— I finally feel like I can be both a woman and Black at once. And for me, it's a pretty revolutionary feeling.

Photos (in order) courtesy of:

Photo by Clarke Sanders on Unsplash

Library of Congress via Unsplash