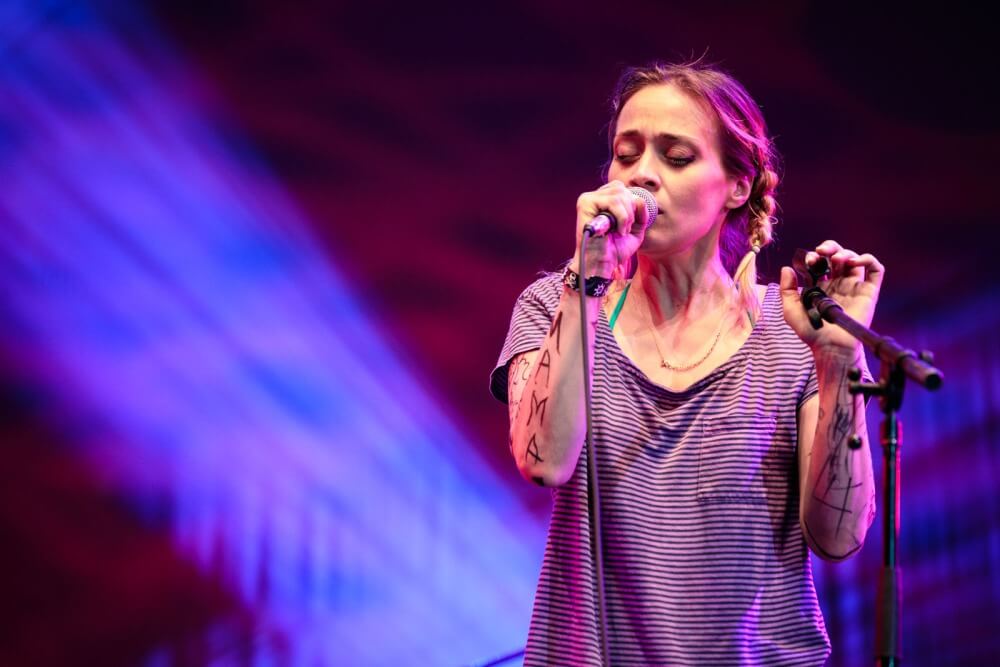 Singer Fiona Apple is best known for her many hits, including Criminal and Ladies.

But in recent months, Apple is becoming better known for something entirely different: she's become a staunch advocate for keeping courtroom proceedings virtual in Prince George's County, MD. On Wednesday, March, 17, she took to social media for @courtswatchpg stating "This is crunch time. Maryland has the opportunity to set the tone for transparency—an opportunity we cannot let pass by."

This is crunch time. It isn’t just about Maryland but about the future of open courts throughout the country. MD has the opportunity to set the tone for transparency—an opportunity we can not afford to let pass by. Follow @courtwatchpg for more updates. pic.twitter.com/FvDNxOlkSA

She also posted a YouTube video for the same group titled, Fiona Apple for Court Watch PG: Help Us Keep Court Access Virtual, hoping to mobilize fans to their telephones.

Wearing an all-black get-up and shimmying semi-dramatically towards the camera, she leans in “I’m here to tell you all about my new make-up line” before abruptly stopping with “I’m F-cking kiddin!g I’m here to ask you to do something again. I have no shame in it.”

If fans can recall, Apple also took to her Instagram in 2021, protesting the Grammys and asking fans to sign the petition for transparency in PG county courtrooms.

This time she is depending on viewers to show up again and dismantle the status quo the judicial system currently operates under.

With a chalkboard full of step-by-step instructions looming in the background, Apple passionately walks fans through the process of contacting lawmakers to get the bill on the floor for a vote. The goal is to advance House Bill 647 and Senate Bill 469. The bill, which would "provide remote audiovisual access to all public court proceedings,” for the most part, needs the support of Judicial Proceedings Committee chairman William Smith Jr. and House of Delegates member and Judiciary Committee chairman Luke Clippinger to make that happen—hence the video.

A self-proclaimed phone-phobic herself, she urges fans to push past it. “I’ve done it already, and I have phone phobia. So if I can do it, you can do it,” she says earnestly.

The Grammy award-winning singer had her own run-in with the law not too long ago. In 2012, Border patrol agents in Texas arrested Apple after finding marijuana and hashish on her tour bus. The whole ordeal got her a night in jail. Luckily, she only spent a day in there, but during her trial  she was facing up to 10 years. However, it was a letter written by Apple's friend in India to all the judges she felt could help her case showing the courts that she was not simply a defendant but a real person. "She didn't read the letter, but when she held the letter up I could tell it was important," the singer shared during a forum with Life After Release. In essence, the letter humanized the singer beyond the charges against her. Apple was one of the fortunate ones. She had a lawyer that knew the system and she had enough bail money to get out which is not the case for many people.

“We’re all here to take care of each other,” Apple said in a Facebook Forum with Life After Release, a women-led group of formerly incarcerated women, founded by Qiana Johnson, that supports judicial system transparency in the DMV (DC-Maryland-Virginia) area.

Currently, there are people in courtrooms that are being held pretrial for nonviolent crimes without bond, or on bonds that they can’t afford. This kind of unfair treatment undermines the humanity of these individuals, while simultaneously threatening their futures, and connections with their families. Without courtroom transparency, we run the risk of maintaining the status quo in society.  Like the songstress says," kick me under the table all you want. I won't shut up." It's clear she won't be shutting up on this issue anytime soon--and we love it.

For more information on how you can get involved visit https://lifeafterrelease.org.