HOORAY, The Equal Rights Amendment Passed! Or DID It?!? 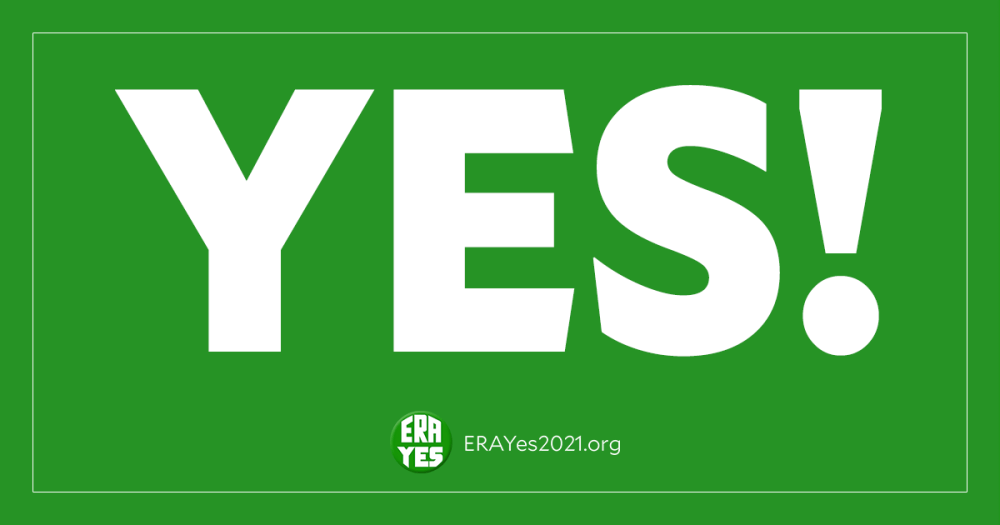 On January 15, 2020, Virginia ratified the Equal Rights Amendment, making it the 38th state to do so. As the amendment, which makes discrimination by gender unconstitutional, only required 38 states to ratify it in order to pass, some groups, such as the organization Equal Means Equal, argue that the ERA should now be a legal part of the Constitution. So why isn't it?

First, what even is the Equal Rights Amendment?

The first section of the amendment states: “Equality of rights under the law shall not be denied or abridged by the United States or by any State on account of sex.”

The rest of the amendment reads as follows: Section 2: The Congress shall have the power to enforce, by appropriate legislation, the provisions of this article; Section 3: This amendment shall take effect two years after the date of ratification.

As of now, women are not specifically protected under the Constitution based on sex. But people on both sides of the aisle disagree on whether the ERA would be good for women or not. Some see it as a definite positive. Equal Means Equal writes, “In the nearly 50 years since women won hard-fought abortion rights in Roe [v. Wade], and educational Civil Rights in Title IX, those rights have been weakened and restricted because they were not rooted in a foundation of full Equal Protection rights for Women.” The ERA would eradicate the need for anti-discrimination laws like the Equal Pay Act (1963) or partial coverage by the 14th Amendment. The Gender Policy also points out that women are underrepresented in many organizations like the police force and the fire department, and more generally, numbers are low in management positions, corporate boards, and business ownership—and this would be made illegal under the ERA. 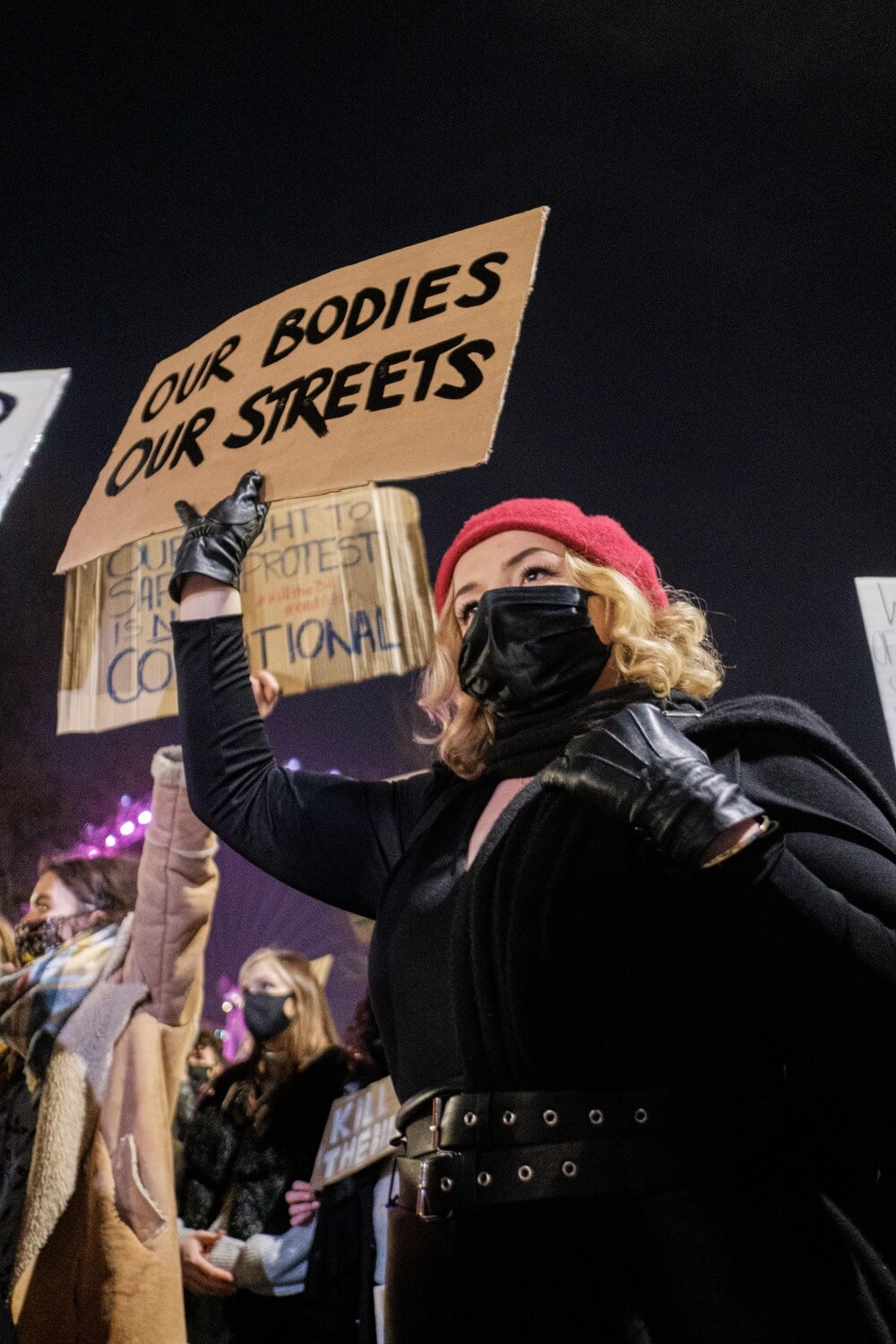 But passing the ERA would also mean that all laws that benefit women specifically could be struck down, as they would be reinforcing inequality and “discriminating” against men. Things such as affirmative action based on gender in employment and education could be deemed unconstitutional, and, as the idea of "separate but equal" has already been struck down in cases regarding the 14th amendment, so places like federal prisons and government-owned shelters might not be able to be segregated by gender if the ERA were to pass.  The ERA also excludes private companies, meaning the government couldn’t discriminate against women, but private companies still have free reign. But, of course, an Equal Rights Amendment would set a new and fuller precedent for women’s rights.

So has it been ratified or not?

In order to pass as a Constitutional amendment, a law must first pass the House and the Senate, and then must be ratified by 2/3's of the 50 states (so, 38 states). In 1971, the Equal Rights Amendment was passed by the House, and in 1972, by the Senate, and was then passed on to the state legislatures.  But 7 years came and went, and, as only 35 states had approved—or ratified—by the March 22, 1979 deadline, it did not become a constitutional amendment.

In 1978, the deadline was extended to June 30, 1982, in hopes that more states would ratify. No additional states did. Worse yet, five of the 35 states that originally ratified the bill decided to rescind their ratification, four of those doing so before the March 1979 deadline. According to EqualRightsAmendment.org, between 1973 and 1979, Idaho, Kentucky, Nebraska, South Dakota, and Tennessee all voted to withdraw their support. But this is apparently not legally binding. Both Ohio and New Jersey voted to rescind their ratification of the 14th Amendment (which grants all people born in American citizenship, and was created to give African Americans citizenship, civil rights, and legal rights) in 1868, but that was not recognized as valid, and obviously, the 14th Amendment still stands. However, as of the new 1982 deadline, there were still only 35 states who had ratified, and the amendment was effectively dead in the water.

But the deadline had passed, so it was too little too late. Or was it?

Nevertheless, in recent years, 3 more states have ratified, finally bringing the total to 38.  Nevada, Illinois, and Virginia ratified it in 2017, 2018, and 2020 respectively, and the states even sued a U.S. Archivist for refusing to certify the ERA after their ratifications. When the U.S. Archivist publishes an amendment, it officially becomes law, no matter the controversy. But the deadline had passed, so it was too little too late. Or was it?

Under Donald Trump, the Office of Legal Counsel (OLC), which is a part of the Department of Justice, released an opinion that the ERA was now dead, even with the symbolic ratifications of three more states, as the maximum 7 years had passed. But as of January 27, 2022, the Biden administration revised Trump’s claim, stating that the OLC’s previous opinion was misconstrued, and the government could proceed in removing the seven-year limit. Does this mistake mean the amendment is law? Not exactly.

So, the ERA should be law now! Why isn’t it?

According to two Columbia Law students, the executive branch cannot lift time limits— that is up to Congress. Though Biden’s revision did make way for Congress to attempt to lift the seven-year limit, he himself cannot remove it, and furthermore, many people believe it is there for a reason. 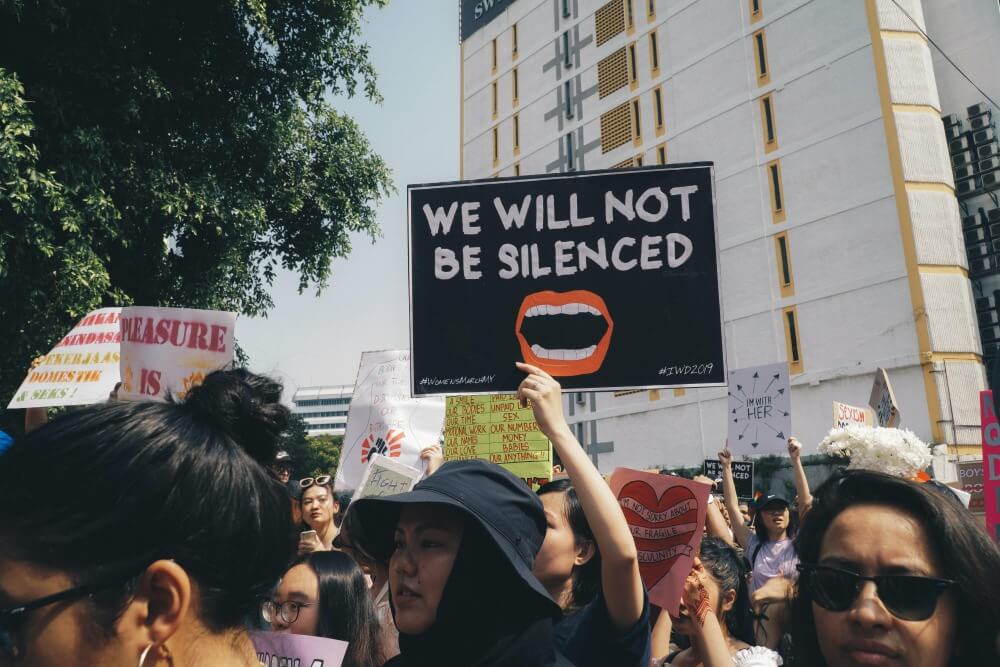 So is the ERA law?

Not yet. Both Biden and Harris have been big supporters of the ERA, and in fact ran on that promise, with the president's Presidential campaign website stating, “As President, Biden will work with advocates across the country to pass the Equal Rights Amendment (ERA) so women’s rights are once and for all explicitly enshrined in our Constitution.” They even released a statement on January 27th urging Congress to ratify the ERA right away, and though they promised to be avid advocates, there is legally nothing else the administration can do.

Equal Means Equal, a feminist organization intent on ratifying the ERA and solidifying women’s equality, is asking President Biden to urge the U.S. Archivist to publish the ERA, effectively making it law. Equal Means Equal’s main objective is focusing on advocacy, engagement, and education in the states that did not ratify in order to generate more support. The current archivist, David Ferriero, who is set to retire next month, seems to be their last chance at solidifying this decision before turnover begins, and when midterm elections happen in November, there’s no telling which party the House or Senate will belong to.

In an open letter to President Biden, the founder and President of Equal Means Equal, Kamala Lopez, called the President to task about dragging his feet on making the ERA law with the following:

"So here is how I see it:  The President wants to virtue signal on women’s equality while behind our backs he is refusing to drop the lawsuits or tell his employee, the Archivist, to do his damn job and publish ERA.  Biden’s hoping that the promise of a black Supreme Court judge will make us feel all warm and fuzzy instead of just reminding us how helpful [NOT} the first black female Vice President has been for us." 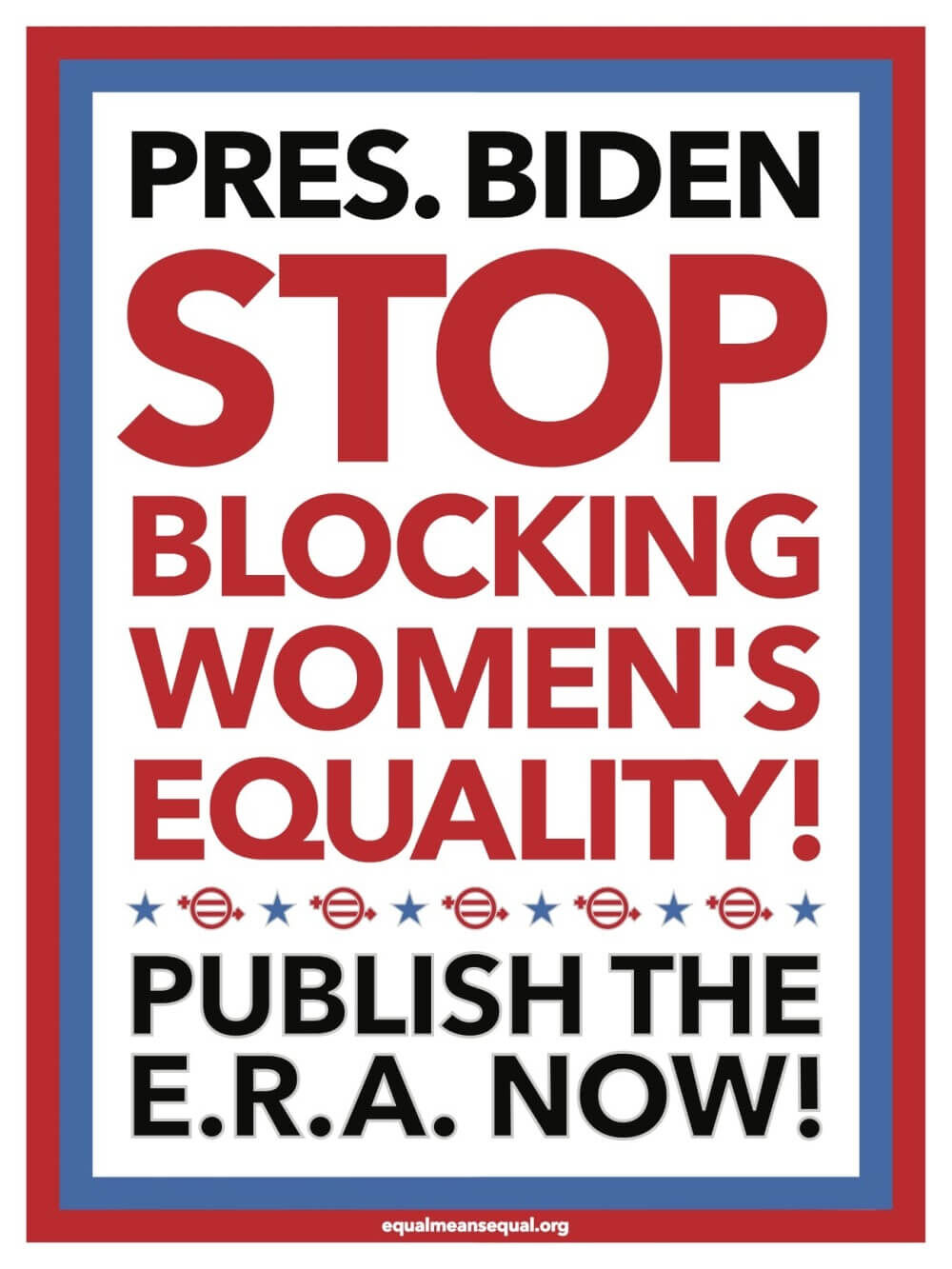 Perhaps a big show of support from both Biden and the American people will be heard by Congress. But in the meantime, keep your eye out so you can be the first to know when our public servants make their next move, and support the efforts of Equal Means Equal to get this damn amendment passed!

Photos courtesy of Unsplash (in order):

Tags: equal rights amendment , ERA abortion rights , title IX , joe biden , equal means equal , Equal Pay Act , 14th Amendment
Support Feminist Media!
During these troubling political times, independent feminist media is more vital than ever. If our bold, uncensored reporting on women’s issues is important to you, please consider making a donation of $5, $25, $50, or whatever you can afford, to protect and sustain BUST.com.
Thanks so much—we can’t spell BUST without U.