Iskwew Air, The First Airline Owned By An Indigenous Woman, Is Changing The Flight Industry As We Know It 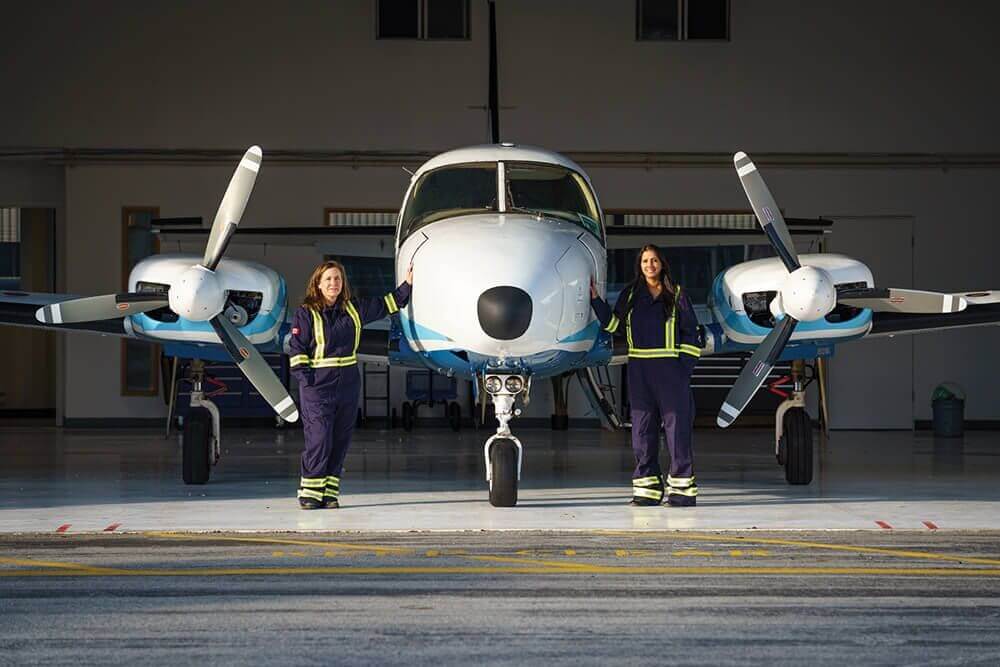 IN AUGUST 2021, the first Indigenous woman-owned airline in Canada took flight. Operating on unceded Musqueam land, Iskwew Air currently offers flights from Vancouver International Airport to Qualicum Beach Airport—an area that had been without service since the onset of the pandemic. But what started as a decade-long dream almost didn’t happen. In 2016, Iskwew Air’s Métis founder, aviator Teara Fraser, 51, considered hanging up her wings. “My letting-go ceremony turned into a start-up business ceremony,” she says.

In Cree, Fraser’s ancestral language, Iskwew means woman. “Iskwew Air was named as an act of reclamation,” she explains. “A reclamation of womanhood, a reclamation of matriarchal leadership, a reclamation of language.” Now, she says, Iskwew Air is on a mission to “reimagine, rematriate, and rebuild systems that put equity, justice, and sustainability at the center.”

“Our mere existence is disruption,” Fraser continues. “Disruption of a system that isn’t working.”

Iskwew Air is not only the first Indigenous woman-owned airline in Canada, but its maintenance department is also woman-led, even though less than two percent of all aviation maintenance technicians identify as women.

The name of Fraser’s aircraft, The Sweetgrass Warrior, reflects this boundary-breaking spirit. “I think of myself as sweetgrass—both grounded and flowing,” she says. “And I define warriorship as standing fiercely with deep love for what matters and for what is possible in the world.”

Iskwew Air is working to establish new decolonizing practices in more ways than one. In the midst of the pandemic, Iskwew Air and The Sweetgrass Warrior began flying crucial goods to the ‘Namgis and Tseshaht First Nation communities through the AirLIFT Campaign, providing isolated residents everything from PPE to blueberry bushes to menstrual products. The airline also supports important Indigenous organizations including the Truth and Reconciliation Commission of Canada and The National Inquiry Into Missing and Murdered Indigenous Women and Girls. And the company is now working toward a future that includes zero-emission aircrafts. “We must make room for the voices, the wisdom, and the stories of Indigenous people,” Fraser says of the inspiration behind her airline. “What is possible if we remember and return to a relational way of being in the world? That’s what we need.” – ALIZA PELTO