Tomocredit, a New Credit Card That Is Not Based On Your Credit, Is Changing The Game For Young Adults And Immigrants Starting Out 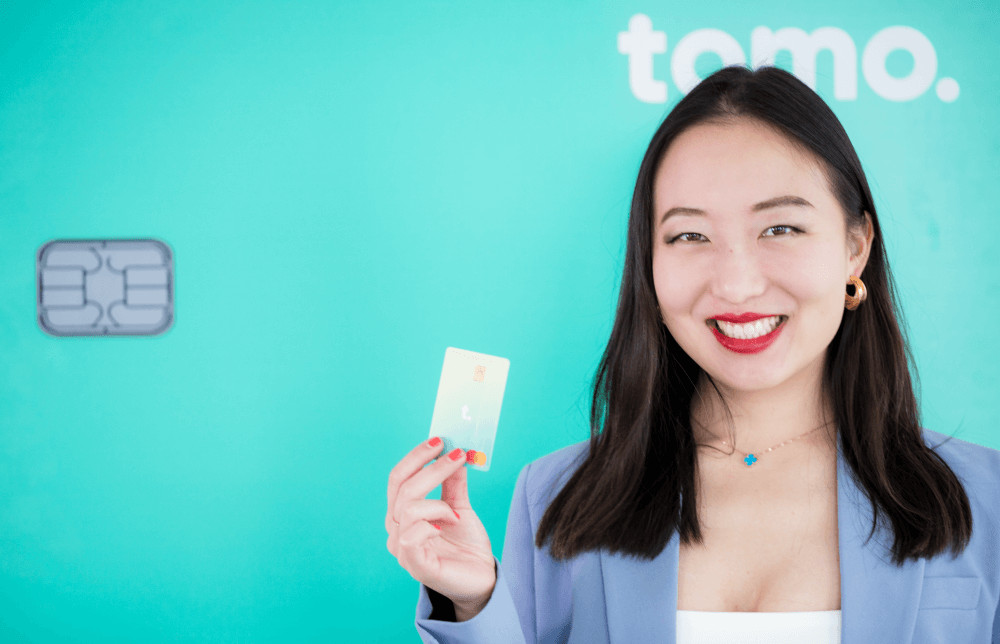 Kristy Kim is the founder and CEO of Tomocredit – a new credit card company that aims to bring the traditionally marginalized into the credit system.

Kim felt the negative impacts of being a female and an immigrant first hand when trying to establish credit in the United States. “When I started to realize how much harder it would be for me to have major milestones because of my lack of credit, I felt like my American dream was going to be shattered.”

Kim came to the U.S. from Seoul, South Korea at 11 years old. As a woman and a first generation Korean immigrant, she felt immense pressure to figure out and work the systems in this country perfectly. She worked to get straight As in school, went to UC Berkeley, double majored in business and political science, and got a job working in investment banking in San Francisco, making a six-figure salary. She thought she’d done everything right.

Once she started working, she applied for an auto loan to get her first car in her early 20s. She was denied 5 times despite having a great job, positive cash flow, and no debt. “They told me, Kristy … you don’t have a FICO score. And I was like, what is that?”

So began Kim’s journey into the world of credit that ultimately led her to launch Tomocredit, a credit card company that does not require any credit score for approval. Kim was one of the 26 million, (one in 10 adults), who are ‘credit invisible’ in the United States. She had no established credit history with any of the three major credit bureaus because she was an immigrant.

New York Times’ Wirecutter reports, credit history doesn’t transfer to the U.S. when you move from another country. It takes time to establish good credit, so even if immigrants’ are able to start building credit, their lack of credit history lowers their credit scores.

Women also have historically lower credit scores than men. It wasn’t until 1974, with the Equal Credit Opportunity Act, that women were even allowed to apply for a credit card and establish credit separate from their husbands. Since then, their scores have suffered. MSNBC reports, since women make less money than men, they are much more likely to use a bigger portion of their available credit, which hurts credit scores.

2021 was the first year in history that women and men had the same average credit score. But in that same year, white women still only earned 82 cents for every dollar that a man makes. For women of color and immigrants, the wage gap is even greater. Black women make only 64 cents to the dollar and Latina women make only 57 cents. 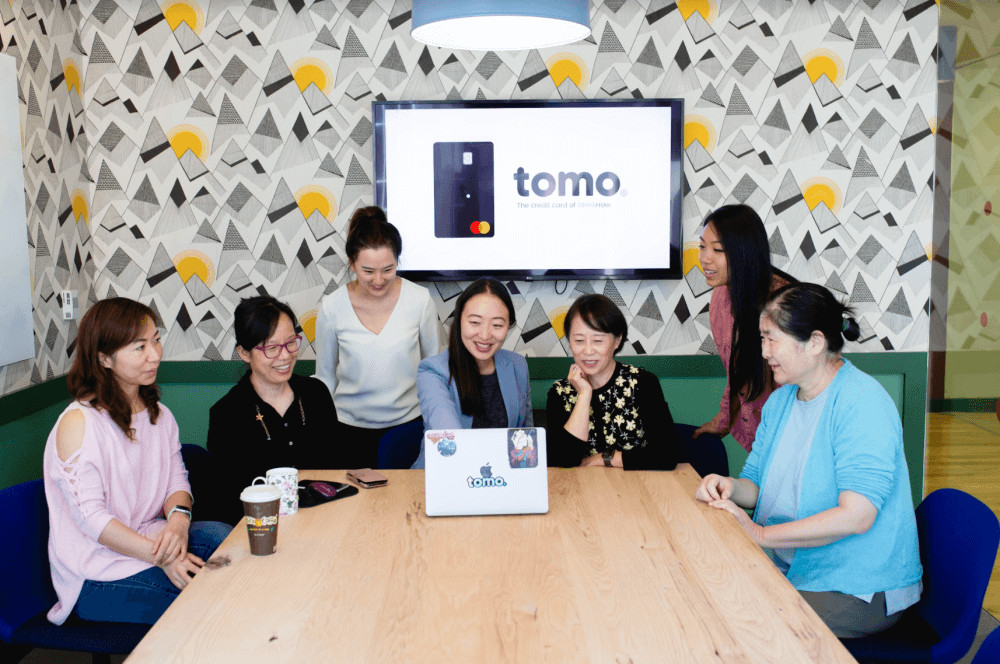 “I remember I just felt like I’d done something wrong. When I couldn’t get that first car loan, I kept thinking it was something that I had messed up. Like somehow I didn’t know something since I was an immigrant and maybe because I was a woman, too.” Kim told BUST.

Where some may have seen a crisis, Kim saw an opportunity. In 2019, she set out to create a solution to marginalized communities facing similar credit problems as she’d had. She quit her job and entered the enticing world of Silicon Valley start-ups. She began with a bang – raising $7 million for Tomocredit in seed funding from investors like Barclays and BAM Ventures.

Tomocredit issues cards based on cash flow and spending habits rather than credit score. Kim’s goal with Tomocredit is to help people break out of the cycle that comes with not having a credit score and not being able to build one because you can't take out debt.

With the Tomocard, money is automatically taken out of your linked account every 7 days, which Kim says helps users learn financial responsibility. The card essentially acts like a debit card, while allowing you to build credit quickly.

Tomocredit analyzes more than 50,000 data points to determine eligibility for the card, which raises concern for some people. In 2021, A New York Times’ article pointed out that many companies trying to fight against credit invisibility are using personal data to determine credit card eligibility instead, which raises concerns about privacy. The article poses a good question – “Lenders may be looking largely at the broad strokes of your cash flow now, but will they eventually glimpse at where you shop and what types of doctors you visit?” 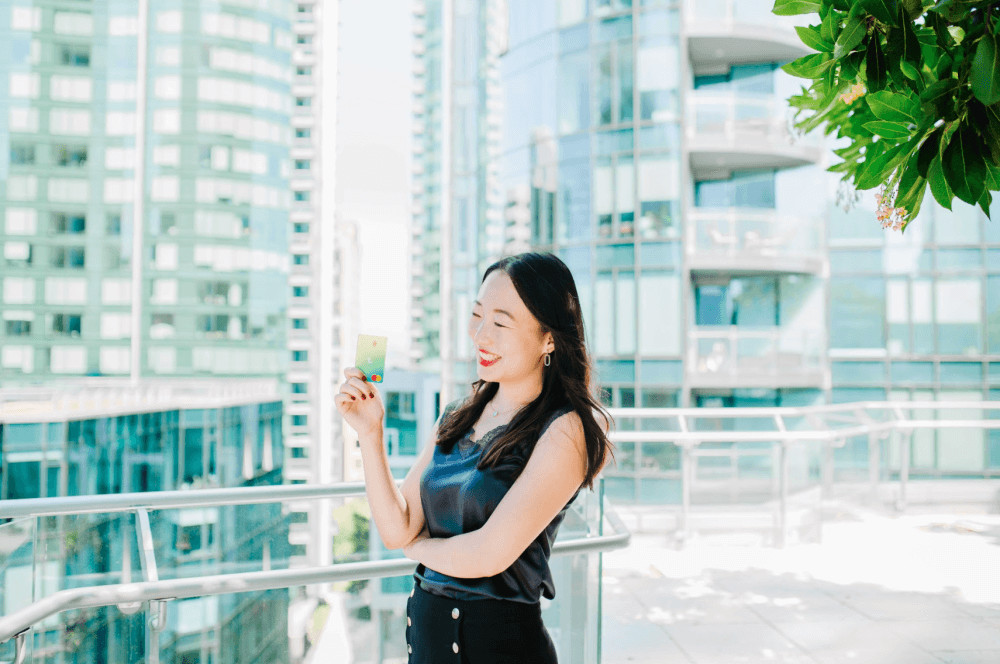 Tomocredit’s website claims that they do not sell any data, and instead, claim to make money solely on merchant fees. Most major credit card companies make profit off of both merchant and interest fees, so it is unclear if Tomocredit will be able to sustain a profit based on merchant fees alone.

Since personal data is worth billions, many tech startups in similar positions have shifted to selling data as their prime way of making money.

As of 2022, the company has recorded over two million applicants and Kim is confident that she will continue to work responsibly to help her customers learn how to navigate the complex world of credit in the United States.

“I started Tomocredit in the wake of my own pain and insecurity and I’m passionate about helping my customers throughout their financial life.”

All photos courtesy of Tomocredit

Tags: kristy kim , tomocredit credit card , how to build credit , credit cards for immigrants , immigrant-friendly credit cards , women-friendly credit cards , secured credit cards , credit tips for women
Support Feminist Media!
During these troubling political times, independent feminist media is more vital than ever. If our bold, uncensored reporting on women’s issues is important to you, please consider making a donation of $5, $25, $50, or whatever you can afford, to protect and sustain BUST.com.
Thanks so much—we can’t spell BUST without U.