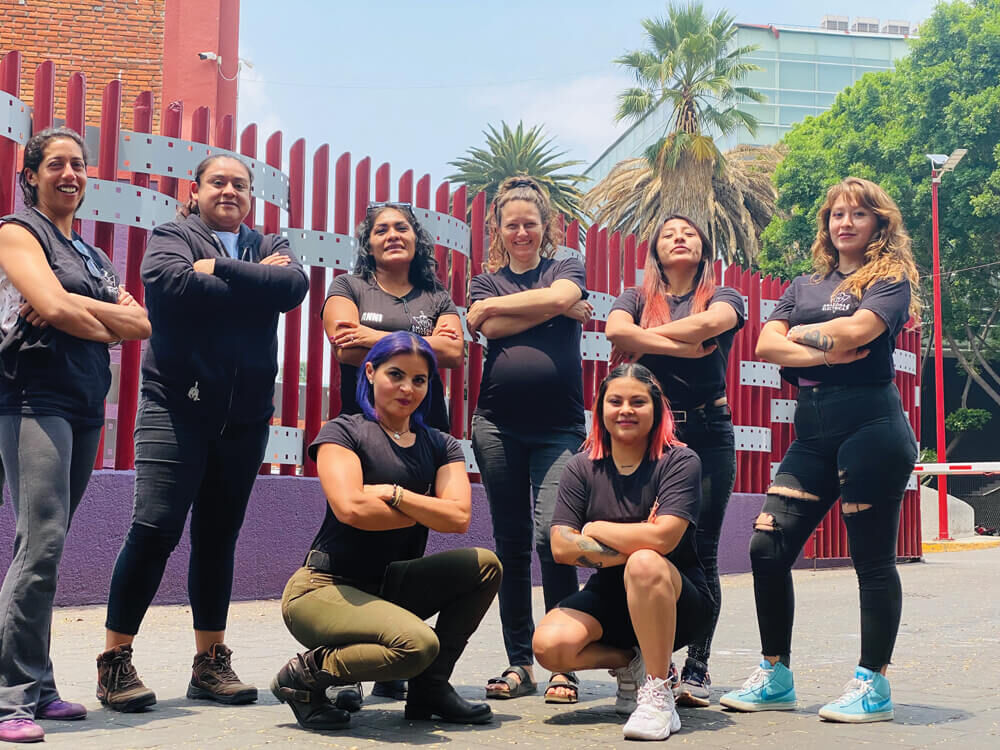 Three years ago, Mexican film director Faride Schroeder and Mexican cinematographer Leslie Montero had to hire a crew for a car commercial. They sought out an all-women crew, including Mexican gaffer Ana “Anni” Martinez and Mexican cinematographer Sophia Stieglitz. Little did they know, that commercial would spark a movement. “They wanted women in every crew position—it was such a specific ask. That’s when I realized, ‘We’re unique! We’re Amazons!’” Stieglitz says proudly. “And that’s how Amazonas Electricas was born.”

Amazonas Electricas (Electric Amazons) is an all-women group of film industry electrical techs, grips, and gaffers based in Mexico City. And though the core crew is comprised of about a dozen women, they constantly take in newcomers to teach them the trade, first by holding workshops, and then by hiring newbies on projects they’re attached to. “We’ve taught a lot of women,” Stieglitz says.

“It’s a safe environment, and I think we’ve become more of a movement, rather than just a group.”

Even during the pandemic, members worked on four television series and over 20 commercials. In the future, they hope to continue empowering the next generation of technicians—both online (​​@amazonaselectricas) and on set. And though members say their experiences coordinating and operating lights, cameras, and rigging equipment for productions large and small have been overwhelmingly positive, no working environment is perfect. “Mexico is a macho country, so there’s still a lot of work to do,” Stieglitz says. “But we’ve all got strong characters and successful careers. So, we’re being patient and setting an example. We’re shaking the patriarchy a little bit at a time.” -Ana Breton