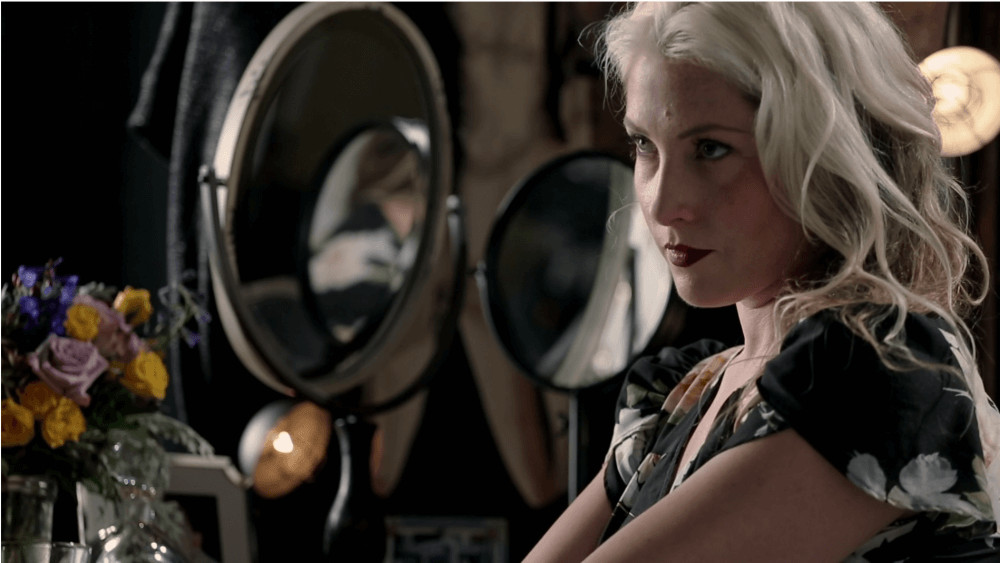 In an early scene of Thank You For Supporting The Arts, an intimate documentary on Portland’s beloved stripper Viva Las Vegas, Viva takes the stage at her local spot, Mary’s Club. The space is cozy and dimly lit. The camera zooms in on Viva as she slips out of a red silk robe. The strum of a guitar picks up in the background as Viva playfully takes off her black and pink lace lingerie set and we watch as she moves her naked body – confident, unrestricted, carefree.

Directors Carolann Stoney and W. Alexander Jones are quick to capture Viva in other intimate settings – sitting on her parents paisley couch in her childhood home in St. Paul, Minnesota, going to church with her father who’s a minister, and strumming her guitar in her backyard. Throughout the hour-long documentary, Viva is depicted as an artist in all forms. She is a dancer, singer, writer, and of course, a stripper – solidifying the film’s main thesis that stripping is art.

Viva says that whenever she is stripping, she is telling a story with her body. When you watch her, it is clear that she is performing – her body bursting with creativity and passion. In the film, her parents say that she’s always been a natural performer. It is clear that they are still uncomfortable with the fact that their daughter is a stripper, but they don’t deny that what she is doing is art. 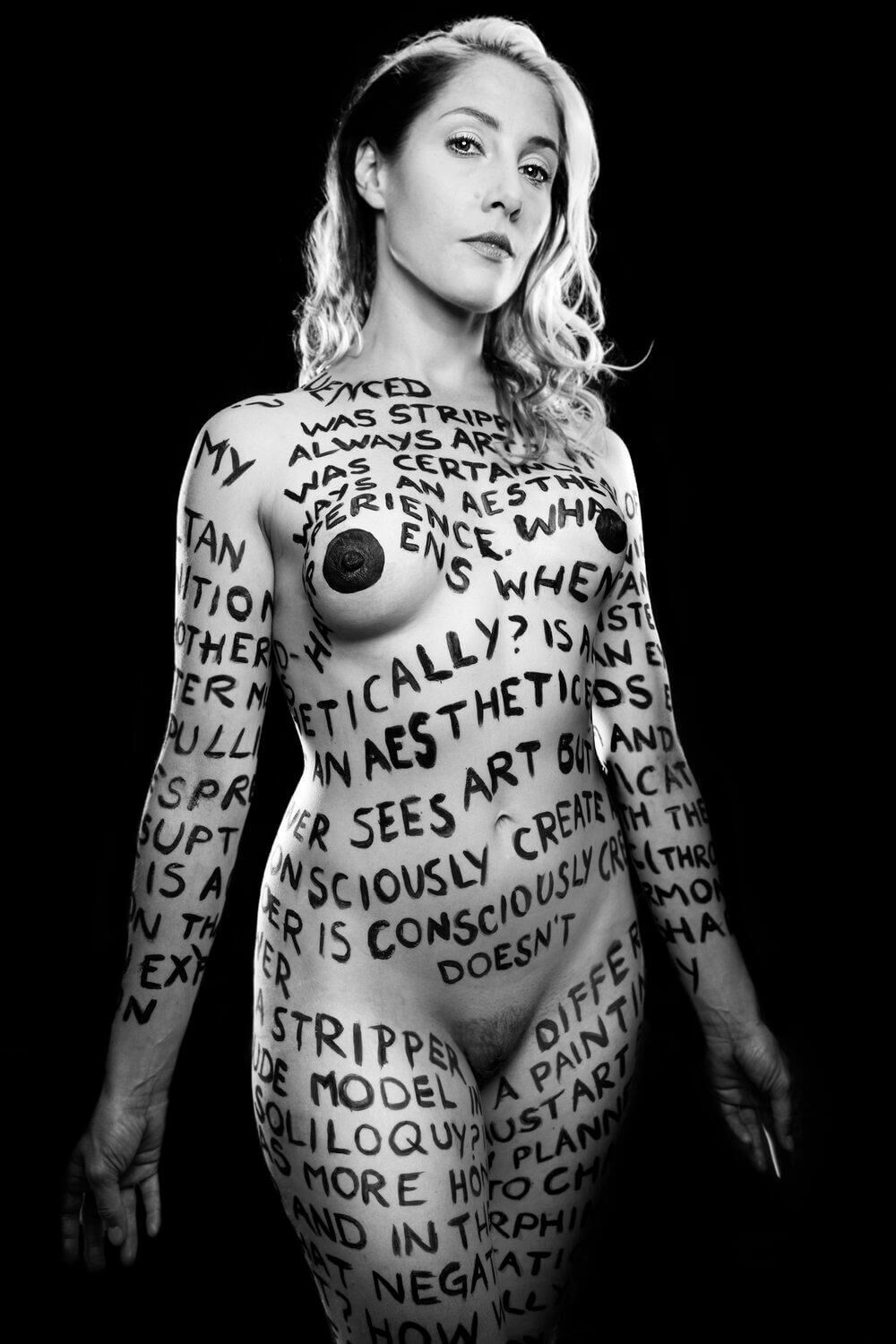 Viva quick to point out that not all strippers have to think of themselves as artists, but she is a staunch advocate for changing society’s perception of strippers and sex workers. “I see [us] first and foremost as people, and then as workers … This isn’t a radically different thing that we are doing. We’re putting bread on our tables,” she told me.

Viva, whose real name is Liv Osthus, is a William college graduate and single mother. Her sociology and anthropology classes at prompted her to start thinking critically about sex work and art at a young age. Her warm, open spirit emanates off the screen. The documentary captures the birth of her daughter, Charlotte, in 2015. Viva explains that now, stripping gives her the ability to be both financially secure and spend a lot of time with her daughter – a struggle for most working mothers.

In our interview, Viva told me that the original idea for the documentary was to follow many strippers in the Portland area, but when the directors met her, they were hooked. They ended up following her life over four years. By charting Viva’s life over a long period of time, the documentary takes audiences to unexpected places. At age 33 Viva was diagnosed with breast cancer, went through many rounds of chemotherapy, and had a double mastectomy. Nine months later, she decided to go back to work.

“I felt so distant from my body after that initial mastectomy … but then being back on stage, no one noticed the changes.” At her first performance back at Mary’s club, a gorgeous man asked her for a dance. When he got up, he was in a wheelchair and she saw that he was missing a leg. “I felt like he was an angel, sent to tell me you know, it’s fine, your body is perfect the way it is.”

The community at Mary’s Club has been the grounding force in Viva’s life. They’ve held her up through cancer, bad break-ups, battling depression, and single motherhood. “That’s my favorite part of my job. The people. The bonds. I think the bonds are so much stronger with people who exist in those liminal areas of the world, they have to come together and support one another.” 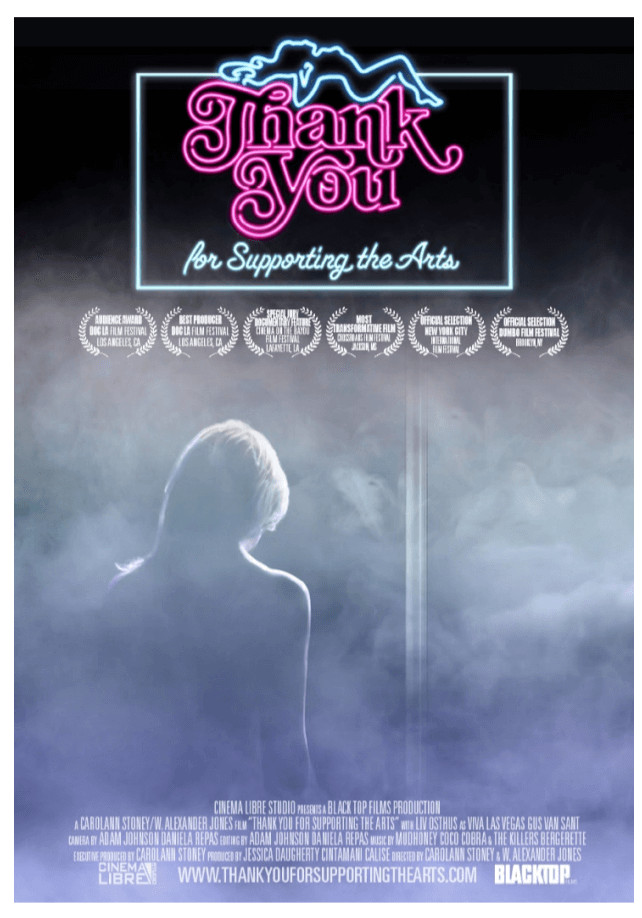 Not everyone interviewed in the film is as adamant that stripping should be viewed as art. There are naysayers. Viva’s friend and bandmate, Kevin Shapen, crudely suggests that audience members are most likely not viewing her work as art. Viva’s brother also points out that most people still see stripping as easy entertainment and reliable escape. Even so, by watching Viva perform and seeing how staunchly she believes in her own artistic endeavors, the film is convincing in its declaration that stripping is an art form.

At the end of Thank You For Supporting The Arts, we get another close shot of Viva driving into work after spending the night with her daughter. She drives through the tree-lined suburban streets smiling, with sunglasses on.

“I’m 42 years old and I’m still stripping. Once I had cancer, all bets were off. I was so grateful to come back to the stage. I will dance as long as they’re willing to have me.”

The camera lands on the flashing red and blue sign – Mary’s Club. With this compassionate community behind her, Viva is able to live her life boldly and on her own terms. When she takes the stage, she knows that her scars can begin to heal and turn solid, despite how the outside world may view her.

This raw and vulnerable documentary gives us a glimpse into what it means to defy societal expectations and create your own idea of beautiful art and a beautiful life.