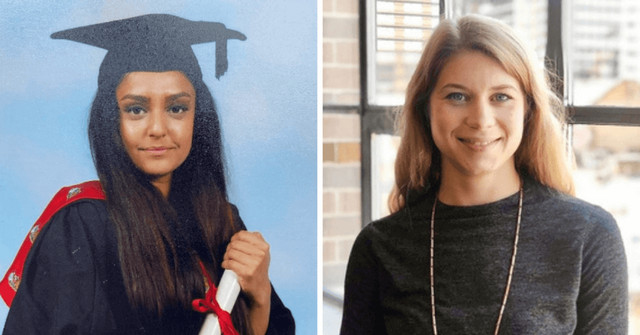 Sarah Everard was a 33-year-old white woman who went missing after leaving a friend’s house in the evening and walking to her home in Clapham on March 3, 2021. She was missing for a week until her body was found on March 10th. Six months later, it was revealed that police officer Wayne Couzens, 48, had handcuffed Everard in a fake COVID arrest, before raping and murdering her.

In the week when Everard was missing, the media kept the public up-to-date with the search for her body. They reported every detail about Everard’s last moments on Earth. The police went door to door in the area where Everard was last seen, warning women to stay home and  “not to go out alone.”  This raised a lot of ire, and the UK media were flooded with headlines about the police response to the revelation of Everard’s murder. The feminist organization Reclaim These Streets loudly opposed the police’s advice and argued that the problem wasn’t women walking freely, but rather that men need to disregard the toxic discourses that are instilled in hegemonic masculinity. “This approach created a culture of blaming victims rather than perpetrators,” said a Woman’s Equality Party Member. Reclaim these Streets held vigils for Everard across the country.

One vigil held online had more than 28,000 attendees. Another vigil which was held outdoors in March during a national COVID-19 lockdown, was said to have had hundreds of attendees according to the BBC. Police were sent to stop the vigil, claiming that the attendees were breaking lockdown rules. An article in The Guardian notes that the policing of this vigil was criticized by some of the UK’s most prominent politicians. Images of the police forcibly manhandling women at the vigil were leaked, causing outrage across the nation.

Everard’s case received a ton of media coverage at the time. In the first month after her being reported missing, over 29,000 stories were published about her. On September 30th 2021, six months after the murder, Couzens was given a life sentence, for the kidnapping, rape, and murder of Everard. A revelation that Couzens used his police ID to falsely arrest Everard created a resurgence of conversations about the case amid the UK news in rapid succession. Once again, police were ready with more terrible advice, telling women to curfew themselves and “to wave a bus down” should they feel threatened by corrupt coppers. And once again, the media exploded with news and discussions around Everard’s murder. Today, over 2 million  articles have been published online regarding the Sarah Everard case.

Around the same time that Everard’s murderer was revealed, another woman was murdered by a man when walking alone after dark. Sabina Nessa was a 28-year-old British-Bangladeshi primary-school teacher who was attacked and murdered on her way to meet a friend at a pub, in Cator Park in Kidbrooke, SouthEast London on September 17th 2021. She is said to have been pursued on her 5-minute walk and struck repeatedly over the head with a two-foot-long blunt object. In the time since her body was found the following day, an Eastbourne man, Koci Selamaj, 38, has been charged with Nessa’s murder. Two other men, aged 41 and 38, were also accused of murdering Nessa but were released under investigation.

However, Nessa’s murder didn’t receive the kind of media attention that was paid to Everad. In the month after she went missing, only around 9,000 news stories were published about her, less than a third of the media coverage Everard received during a similar period. This fact ignited an uproar about the media’s treatment of women of color, and racism in the media. Numerous high-profile people Tweeted their dissatisfaction, including well-known actress and TV presenter Jameela Jamil, who demanded that “the same energy and level of outrage” be seen in the Nessa case as in Everard’s, making it more difficult for traditional news outlets to ignore the fury arising from the lack of commensurate coverage in the UK.

I am going to need to see the same energy and level of outrage and horror that we saw with Sarah Everard’s murder. Just because this woman may not look like you, it doesn’t mean her life/death isn’t important. pic.twitter.com/M9IwJ3muVn

At a vigil for Nessa outside of the University of Leeds  on September 30th, which just under a hundred students attended, speeches were made highlighting the difference in the media’s—and feminists’— attention paid to Nessa’s murder, versus that of Everard. Marvina Eseoghene Newton, the founder of Black Lives Matter Leeds, gave a speech in which she announced that she was “tired” of “black and brown bodies dying and nobody crying about it.” Newton addresses the issues surrounding the representation of women of color in the media, saying, “Why isn’t violence against black and brown women treated the same as white women? There would be more people coming out here in support of Sabina if she was white.”  Newton’s speech exposed how the UK media tends to neglect the murders of people of color, while cases of missing and murdered white women are deemed more newsworthy by the media; a  phenomenon known as “Missing White Woman Syndrome,”  that term coined by the late Gwen Ifill.

As Newton explained, Missing White Woman Syndrome dominates the media. In 2016, eleven children of color in the UK were registered as missing, including Fatima Olodo, Lan Pham, Jasvinder Kaur, Reneisha Brown, Ramla Malo, Gina Lander, Aaya Al-Saedi Aqueel Abdulwahi, Tiana Medaini, Fatima Mohamed-Ali, Safia Abdi, and Payera Begum. Yet the story of Madeleine McCann, a pretty white girl who went missing when on holiday in Portugal in 2017, still dominated media coverage while the names of the children listed above were almost made invisible by the press. 180,000 people go missing every year in Britain, but only a small proportion of those who are not white are presented in the media. The neglecting of Black and Brown people in the media is a narrative that has permeated the West’s media for years.

The fight to ensure equal attention is paid to crime victims of color in the UK’s media is far from over. Speaking to Metro.co.uk, Marcus Ryder, media expert and editor of upcoming book British Black Lives Matter explains that the people deciding which stories are newsworthy need to be held accountable first. He said, “For far too long, newsroom editors have tried to argue that we should look at how they cover stories to judge their news judgement and impartiality. What this reveals is we should be exploring what issues are not covered.”

Tags: Sarah Everard , Sabina Nessa , Violence Against Women , Murder , Racism in the Media , Racism , Missing White Woman Syndrome
Support Feminist Media!
During these troubling political times, independent feminist media is more vital than ever. If our bold, uncensored reporting on women’s issues is important to you, please consider making a donation of $5, $25, $50, or whatever you can afford, to protect and sustain BUST.com.
Thanks so much—we can’t spell BUST without U.