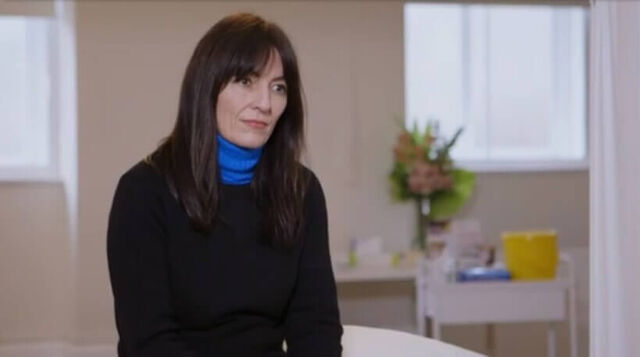 The first documentary, which has been watched by over two million people, has received 3 television awards including a BAFTA Scotland. The follow up documentary which will be called Davina McCall: The Menopause Brain Drain will focus on how women experiencing menopause are side-lined in the workplace.

This is incredible 👏🏾👏🏾 so many congratulations & rightly deserved.

Everyone if you have not seen Davina McCall. Sex Lies & Menopause on 4oD I highly recommend it!#menopauserevolution https://t.co/bWIywuDzB6

Since the release of the documentary in May 2021, British TV presenter and former host of well-known reality show Big Brother, has been breaking the taboo over public discussions about menopause and perimenopause, and has persuaded schools to educate their students about the subject. In the Uk, an approximate of 13 million women are peri- or post- menopausal. So why are discussions about menopause so taboo if it affects so many? Apart from the general patriarchal phobia towards discussions about periods and women’s bodies, the taboo behind discussions about menopause lies in the notion of ageism as McCall reflects in her documentary. Far too often, women are persuaded by the media to prevent themselves from ageing using anti-ageing products, and so it is unsurprising why women may shy away from talking about the menopause as it may make them seem old. But McCall hopes to break this stereotype by publicly discussing the menopause.

In the first documentary, McCall discusses  some of the unknown symptoms of menopause that aren’t told to us by doctors. Naturally, most will relate hot flushes to menopause as more than 57% of women will experience them in their menopausal years according to the Australian Menopause Centre, and as many as 75% of women in North America experience menopausal hot flushes. However, many women in the documentary, including medical professionals, share their experiences of having other menopausal symptoms like headaches, hair loss, brain fog, lower libido, and disturbed sleep. According to Healthline, every person’s experience with menopause is different and they confirm the latter symptoms as symptoms of menopause, alongside a list of other symptoms inlcuding: vaginal dryness, weight gain, depression, anxiety, difficulty concentrating, memory problems, dry skin, mouth, and eyes, increased urination, sore or tender breasts, racing heart, urinary tract infections (UTIs, reduced muscle mass, painful or stiff joints, reduced bone mass, less full breasts, and increased hair growth on other areas of the body, such as the face, neck, chest, and upper back.

Speaking of the incredible response that her first documentary received, she said, “I have never had a reaction like the one I received after Sex, Myths and the Menopause aired.”

“It was profoundly moving and deeply humbling, and what I realised is that women need more answers, more support and a voice.”

“Many amazing women have laid the groundwork before me in this field, and I want to arm women with the facts so they can make informed decisions about their bodies – I truly believe we have the power to inspire change in societies' perceptions, the workplace, relationships and so much more,” she continued.

Over the weekend, McCall took to Instagram to share a photo of herself at a protest on Parliament square which took place in October. In the photo’s caption, McCall reveals that she will be releasing a second documentary on Channel 4 in 2022.

Louisa Compton, Channel 4's Head of News and Current Affairs and Sport says, "The second film will look firmly at what happens in the workplace to try and ensure that the symptoms of the menopause will no longer put the brakes on women's careers."

The protest in which the photo is taken was one whereby  McCall joined crowds of women on Parliament Square to protest for the reduction in the cost of hormone replacement therapy (HRT). As the UK’s National Healthcare Service (NHS) explains, HRT “is a treatment to relieve symptoms of the menopause. It replaces hormones that are at a lower level as you approach the menopause.” Undergoing HRT consists of taking oestrogen in a variety of ways including: tablets, skin patches, gels and vaginal creams, pessaries or rings. Around one million women in the UK use HRT according to Socialist Worker.

The protest was in campaign for “more government support for women dealing with the menopause and its side effects.” McCall posted the photo which was taken at the October protest over the weekend in celebration for the campaign as it managed to persuade the UK government to reduce the cost of repeat prescriptions for HRT  by up to £205 (274.39 US dollars) a year. All NHS prescriptions in the UK are an expensive £9.35  (equivalent to 12 US dollars) and the average HRT prescription only lasts for 3 months, so the reduction in HRT prices will help many women across the country.

Anti-ageing campaigns have not only prevented  women from openly talking about the menopause but have also determined the portrayals of middle-aged women in TV and the media. Therefore, there needs to be a call for keeping up with open discussions about the menopause and its symptoms, and adequately educating students at school about what happens to their bodies as they get older.