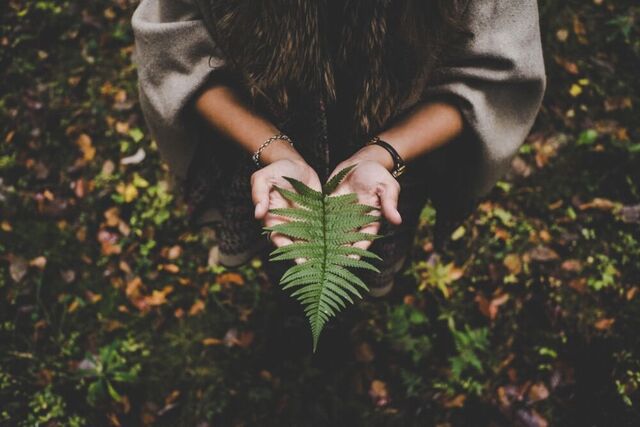 On November 12th,  the United Nations Climate Change Conference (COP26), held in Glasgow, Scotland, brought down the curtain on  two weeks of meetings between leaders from all over the world. Although the outcomes are widely discussed by many climate change activists, one point was raised during the event: the intricate relationship between gender and environmental crisis.

According to the International Panel on Climate Change, women would be even more touched by climate change than men because of their socio-economic status. According to the UN, women in the age gap 25 to 34 years old are 22 per cent more, on a larger scale, they are 4 percent more likely to be living in poverty than men. In terms of ownership, less than 15% of landholders are women even though they represent between fifty and eighty percent of the world’s food production. Because of climate change, temperatures are getting higher, and lands are getting drier. Researchers have found that the Earth's temperature has risen 0.14°F and that between 2001 and 2018, 74 percent of natural disasters were related to water, such as floods or droughts. Every decade since 1880, This has direct consequences on women’s health. On one hand this means that, in rural zones, they have to walk longer to find and have access to water as they are usually the ones in charge of bringing water for the crops, the animals and their families.

In Bangladesh, for instance, access to clean water becomes increasingly difficult, because the water has been contaminated by numerous storms and the rise of sea levels. The population now has to dig up to 2,000 feet to, possibly,  find clear water. According to water.org, 1.8 million Bengali people lack access to water, however goats and livestocks are still being prioritized by the population as they are an important source of income, even over women. Not only are they forced to drink overly salted water, but this also means that they are forced to clean their sanitary products with unclear water, leading them to become hard when they dry. It is a cause for discomfort, but can also lead to lesions and infections. Women are also the ones spending  long periods of time in overly salted water, to find prawns, which may have a lethal impact on their health like uterine tumours, skin diseases or reproductive tract infections according to health specialists. While in 2013, 70% of the population depended on pond water, according to the American Geophysical, by 2050, the increase of salt in water will lead to the migration of 1.3 million Bengali across the country.

Because access to water is rendered difficult, it is harder for crops to grow, but also for animals to produce enough resources. While they represent between 50 to 80 percent of the world’s food production, they only own less than 10 percent of the land. In the state of Sonora, in Mexico, women are known for producing and selling cow cheese as an additional source of income. Because of recent droughts and complicated access to water, cows haven’t been able to receive the necessary amount of water to be able to produce milk. On that same note, because women are forced to travel more to find and bring water to their livestock and family they have less time on the side that could be dedicated to earn extra money and be more easily independent.

The rise of terrorist organizations are also widely linked to climate change. It fuels and favorizes human trafficking all over the world because women are more inclined to travel long distances by themselves. Because of poverty, many women have been displaced which makes them much more vulnerable to human trafficking.

The intersection between gender and climate change is a global issue and affects women and urban areas too. In 2005, after hurricane Katrina, Black women were the most touched by the disaster. Jacqueline Litt, professor of women and gender studies at Rutgers University explained to the BBC that “More than half the poor families in the city were headed by single mothers” while the higher poverty rate in New Orleans is among the Black population. And although shelters were installed for people whose homes were destroyed, such as the Superdrome, there was usually a lack of sanitary products available.

Another consequence of climate change is a higher rate of population movement. The most impacted by those displacements are kids, and, of course, women. According to the UN, women are 80% more likely to be displaced than men. They are then less likely to access education, and so, in consequence, independence. Meanwhile, studies have also shown that women were more vulnerable to heat waves, in 2003,  following the heat wave in France, researchers found out that the excess mortality rate among 45 years and older women was higher than for men of the same age.

Actions need to be made now if we want to be able to move forward in the fight against climate change. More and more organizations at intersection between gender issues and climate change are seeing the light of day. In Uganda, the National Association of Professional Environmentalists (NAPE) is “committed to sustainable solutions’ in the country while working with feminists local associations. Since 1981, Water Aid has been working on improving access to clean water all over the world with women and girls as their main concerns.

There are many ways to help fight climate change, even on an individual level. Simple things such as eating less meat have a positive impact on the environment. Livestock and deforestation required to construct farms represent a significant part of gas emissions and could be easily reduced with the decrease of meat consumption.

Photo by Lucas Allmann from Pexels