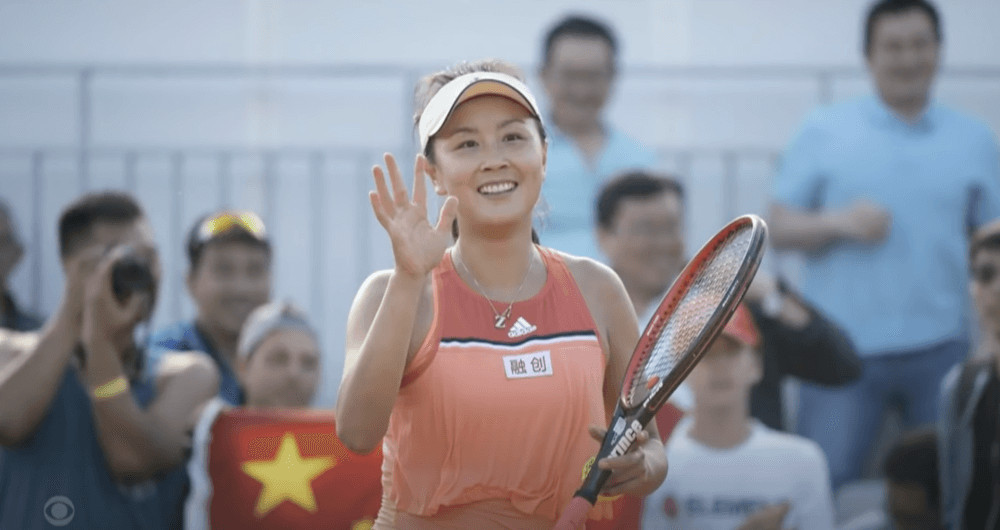 Peng Shuai, former Wimbeldon and French Open doubles champ, posted a 1,600 word post on her Weibo account chronicaling a 10 year relationship with former Communist Party leader Zhang Gaoli on Tuesday, November 2, including allegations of sexual assault. The post, written as an open letter to Zhang, was deleted within half an hour and searches for Peng Shuai’s name yielded no results. Zhang served as Vice Premier during President Xi Jinping’s first term, 2012 to 2017, before retiring in 2018.

China’s constitution includes freedom of the press, free speech, and freedom of assembly but there is a long history of censorship by the government, targeting social media, journalists, and heavily restricting international media and influence. Sites like Facebook, Instagram, and some Google websites are restricted or blocked. In 2016, Xi rolled out a national media policy, telling the major national news outlets that they must reflect the “thought, politics and action” of the Communist Party leadership.

Directly after making this accusation, Peng, 35, was not heard from on social media or seen publicly for three weeks. On November 14, almost two weeks after Peng’s post, Steve Simon, the head of the Women’s Tennis Association (WTA), called for a thorough investigation of the sexual assault allegations, “without censorship.” Tennis stars Naomi Osaka and Serena Williams expressed concern, using the hashtag ##WhereIsPengShuai. Simon told CNN in an interview on the 18th, "We're definitely willing to pull our business and deal with all the complications that come with it. Because this is bigger than the business. Women need to be respected and not censored." The United Nations, Wimbledon, and the White House have all expressed concern for Peng’s safety and called for proof of her whereabouts.

The Chinese government-run news channel CGTN sent an email on November 18, allegedly from Peng, to Simon, assuring him that she was fine and rescinding the sexual assault claims.

Following receipt of the email, Simon released another statement on behalf of the WTAl expressing continuing concern over Peng's whereabouts and how this situation is being handled. “I have a hard time believing that Peng Shuai actually wrote the email we received or believes what is being attributed to her," he said.

On November 20, State-affiliated media outlets released video “proof” of her safety, at the opening ceremony of a teen tennis match final and at a restaurant in Beijing where Peng sits with her teammates and coach. The video has been criticized for being staged, not least of all because the conversation includes specific details about the date. Simon, too, released a statement saying he found the video “insufficient.” The existence of a proof of life video doesn’t inherently ensure Peng’s safety.

I acquired two video clips, which show Peng Shuai was having dinner with her coach and friends in a restaurant. The video content clearly shows they are shot on Saturday Beijing time. pic.twitter.com/HxuwB5TfBk

On Sunday, November 21, Thomas Bach, president of the International Olympic Committee (IOC) met with Peng on a 30 minute video call from her home in Beijing. The IOC released a statement afterwards saying Peng assured Bach that she is safe at home, and asked for privacy during this time. The IOC was silent on the sexual assault allegations and some see the call as more of a publicity stunt than anything else.

Also on November 21st, a group of Chinese feminists held a rally in New York. Event organizer Crystal Chen (not her real name) also expressed concern to the BBC that the videos don’t prove that Peng is “truly free.” The group called for Peng to speak to the WTA and for an investigation into her sexual assault allegations.

President Xi Jinping has been rolling out strict methods of censorship all year. In January, the Education Ministry released a memo outlining their efforts to make Chinese boys in K-12 schools more “masculine.” In September, the National Radio and Television Administration in China released an eight point plan with the goal of a strengthened, official moral code. All of this part of a larger “national rejuvenation” plan as Xi prepares for his third term since removing term limits in 2018.

This adds to the already mounting tension over the 2022 Winter Olympics, to be hosted in Beijing in February. President Joe Biden is mulling over a “diplomatic boycott” due to China’s human rights violations, particularly the ongoing Uyghur genocide in Xinjiang and Xi’s crackdown on free speech in Hong Kong. Recently, the latest Marvel tentpole Eternals was not released in China for a number of reasons, chief among them director Chloé Zhao and her openness about her experience growing up in China. In a conversation with Filmmaker Magazine in 2013 she said China was “a place where there are lies everywhere. You felt like you were never going to be able to get out. A lot of info I received when I was younger was not true, and I became very rebellious toward my family and my background.” Her Academy Award win early this year for Nomadland was censored in China, and internet searches for her name were blocked.

Peng’s allegations toward Zhang are the first against a figure so high up in the Chinese government, making it one of the most high profile #MeToo accusations in the country. In September, Zhou Xiaoxuan, a Chinese screenwriter who accused Chinese-state-sanctioned TV star Zhu Jun of assaulting her in 2014 when she was his intern, had her day in court. The court in Beijing ruled against her claiming “insufficient evidence.”

This past summer rape allegations were made online about Canadian-Chinese pop star Kris Wu. He was arrested after a woman posted on Weibo- China’s Twitter-equivalent, that Wu had assaulted her in his home. The woman, posting under the handle “Du Meizhu”, said that two women reached out to her after her post and shared their own stories about Wu.

China’s #MeToo movement has struggled to gain traction due to internet censorship and laws in regard to protesting. In September, #MeToo activist Sophia Huang Xueqin was arrested for “inciting subversion of state power”. Huang Xueqin had been detained from October 2019 to January 2020 for “picking quarrels and provoking trouble” after her coverage of protests in Hong Kong.

It remains to be seen if Peng’s disappearance will factor into possible boycotts of the Beijing Olympics next year, and what the WTA will do if her freedom remains in question. The IOC seems more interested in sweeping the issue under the rug to avoid criticism if they move forward as usual. During his call with Peng, Bach invited her to dinner when he arrives in Beijing for the Games, and she agreed. Zhang has not responded to the allegations.