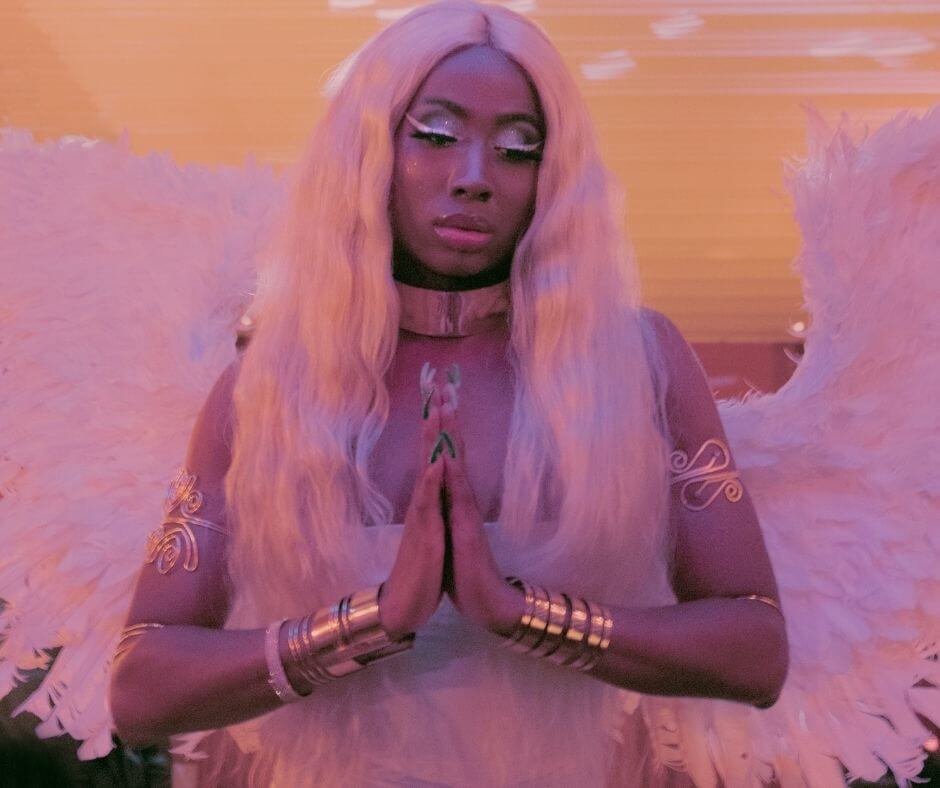 Asanni Armon looks radiant, dominating the room in a white column silk dress, her striking, attentive eyes peeking out from her long blond extensions. Her skin is luminous and makeup impeccable. She takes breaks from a photo shoot to check her phone to see when the opening DJ will be arriving – ensuring that everything is on track before her guests arrive. “Excuse me for a moment because I have to check on the DJ and whether the tables are ready for the guests,” she says while adjusting her hair. At just 26, Asanni Armon a Black activist and founder of the trangender-led collective, For the Gworls, is about to throw her first fundraising event in Manhattan. The evening’s venue is The Standard East Village, NO BAR, which is decorated with round lighting fixtures, mirrored walls and sky blue semicircular banquettes. Known for being inclusive, the space has partnered with Armon for this landmark event in the life of her organization.

For the Gworls is a Black, trans-led collective that curates parties to fundraise for Black transgender people, providing rental assistance funds, money for gender-affirming surgeries, as well as assistance with smaller co-pays for medicines and doctor visits. 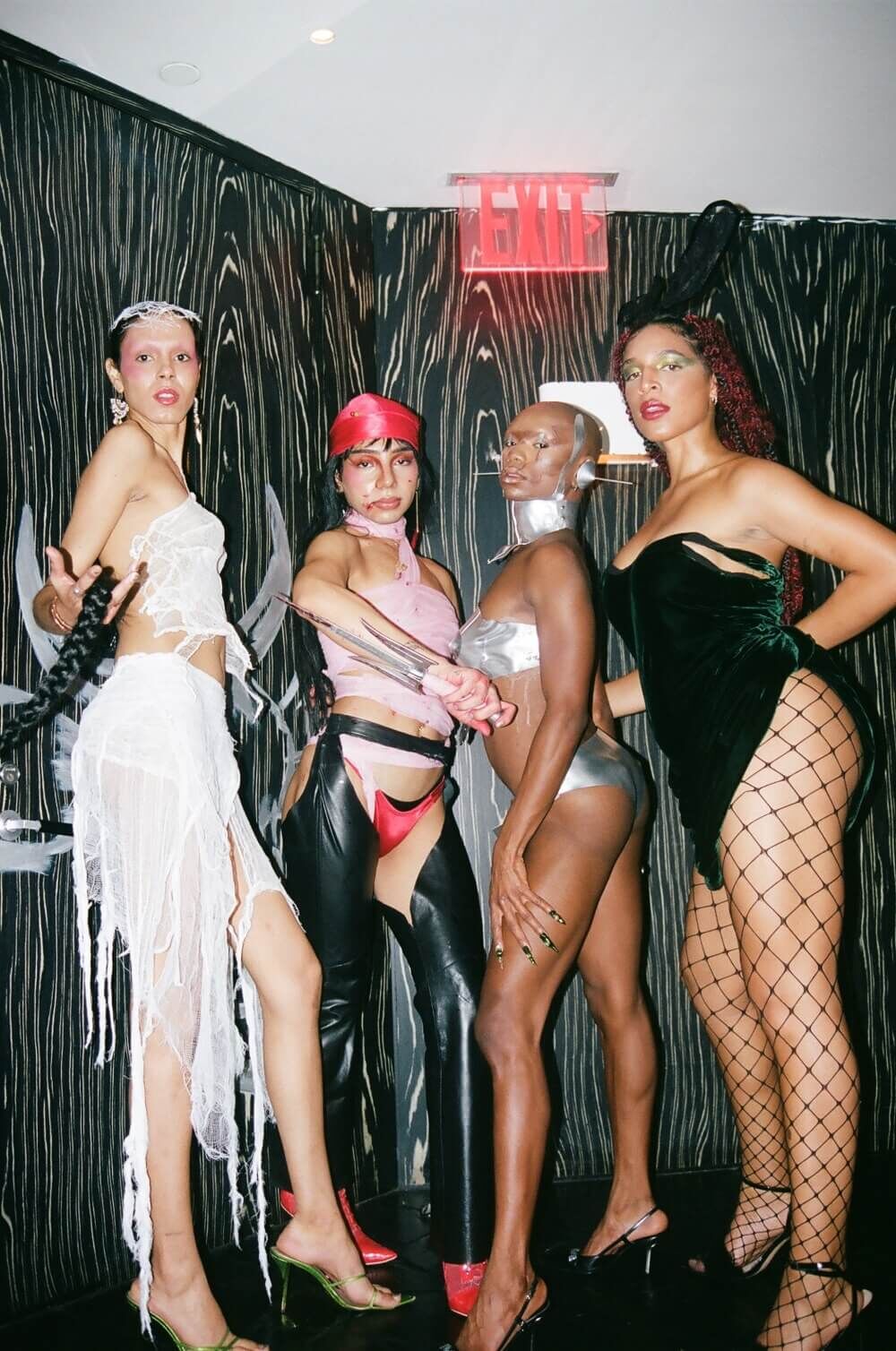 Armon — also a rapper — hails from Atlanta, but says she felt disconnected from her family there. Instead, she felt a connection to New York from her frequent visits while a student at Princeton. “There’s a sense of community here in New York that I feel in tune with,” she explains. Once settled in the city, Armon's first mission with their non-profit was to raise funds for two of her trans friends facing eviction. Armon explains, “One day in back in early 2019, I was talking to my therapist and the conversation led to what I might be able to do as a Black trans woman to help them.”  Coming out of her therapist's office she had an epiphany: “throw a party.” It’s worth a shot, she thought to herself.

Armon saw her first opportunity to raise money on 4th of July of that same year. Tapping her network, one friend volunteered to make a flyer, another one offered their rooftop as the venue, and suddenly, For the Gworls was born. “It kind of came together, organically, by the time the party came around, we had fundraised most of the money,” she says. During the party, someone suggested that she hold a party every month.“And I was like, 'I don't know if I can do this every month,' but by the end of the night I decided that it was worth a shot.” These parties bring an eclectic mix of people — artists, photographers, tarot readers — and those just wanting to have a safe space to dance and express themselves without judgement or fear. After all, she says:  “There’s a need and someone has to do it.”  Armon has continued a regular drumbeat of events despite some disruption during the pandemic. 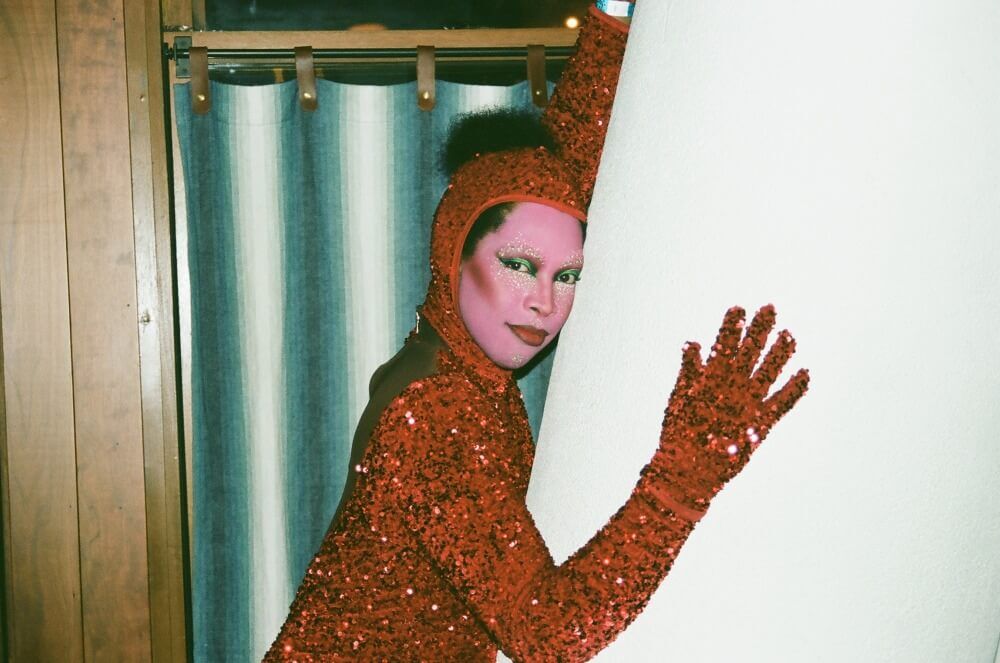 For the Gworls doesn’t only help people in New York City; their reach expands around the US and abroad. “We’ve helped people in 15 countries outside of the US and in [almost] 50 states,” Armon tells me. “There’s a need and someone has to do it. As long as we can Paypal them or wire them, we can support them.” For the Gworls is a mutual aid organization fiscally sponsored by a 501c3 (Arts Business Collaborative.) To date, Armon says the organization has given close to $2 million to people in need through donations and matching grants. 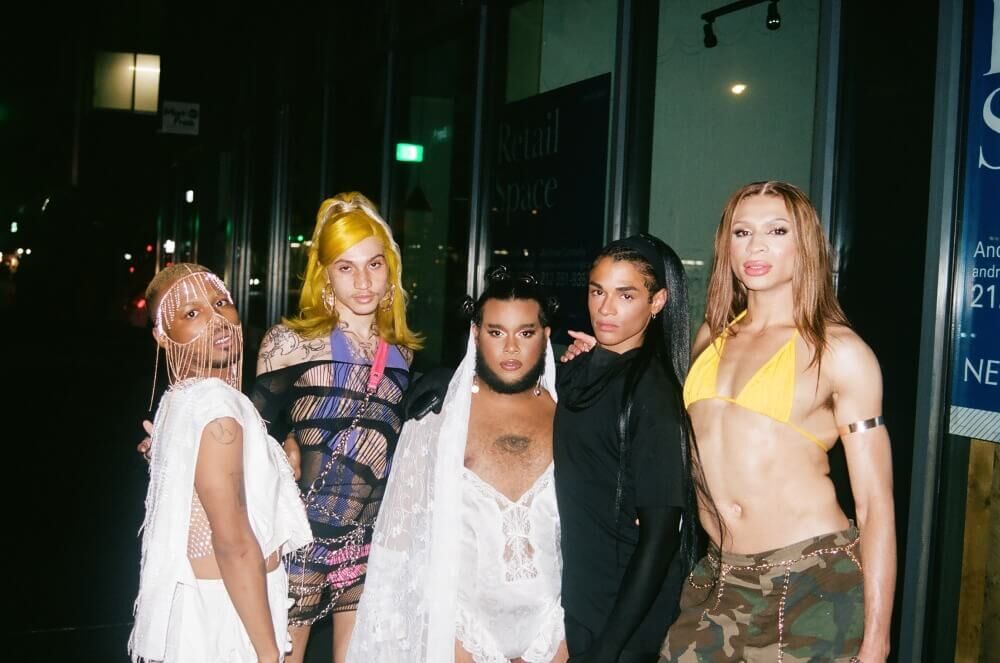 “For The Gworls has grown incredibly over the last two years thanks to Asanni's diligence in working to meet the urgent demand of many Black-transgender folks who are in need of rental assistance and gender-affirming surgeries,” says Ahmad Saeed, Design Director and Affiliate Program Head. “Asanni's lived-experience and direct connection to the community has enabled the trans organization to adapt to additional community needs as well.” Saeed adds that in 2020, in the midst of the pandemic, the organization created a medical fund aimed at providing Black-trans people with co-pay assistance and travel to and from medical appointments. 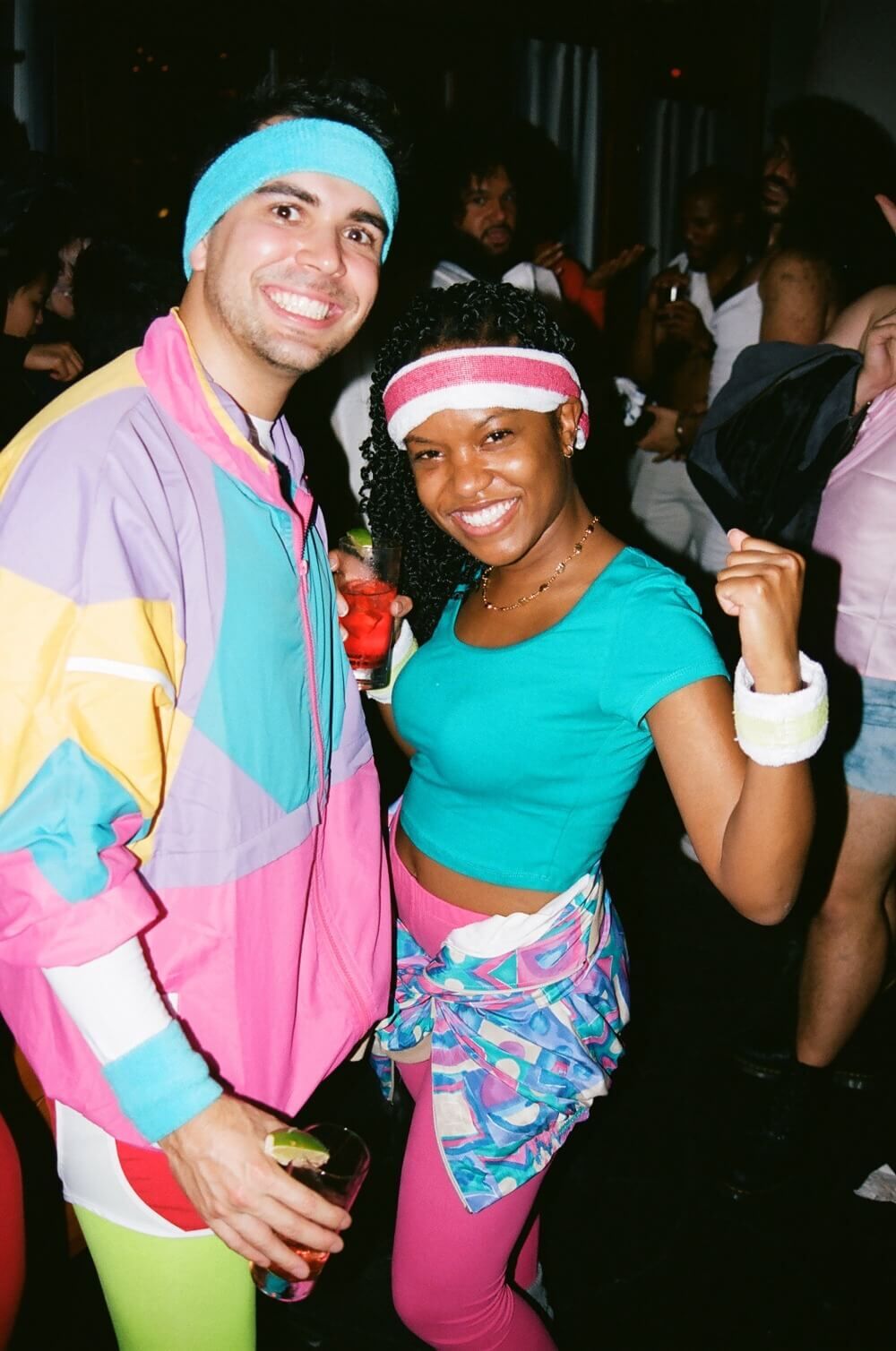 What started as a party organized with a couple of friends has grown to a team of five people. “I wholeheartedly admire how deeply committed Asanni is to the overall upliftment of Black Trans people,” says grant coordinator Jo Johnson, who recently joined the team.

“She's careful to provide services that fulfill our basic as well as spiritual and emotional needs, all of which are very important towards survival while we dream of — and create  — environments to thrive in. I feel safe here.”

Since Manhattan is a bastion of progressivism, people often assume that diversity-supporting venues are commonplace, but the reality is that many businesses are far less enthusiastic outside of the commercial opportunity afforded them by Gay Pride Month. 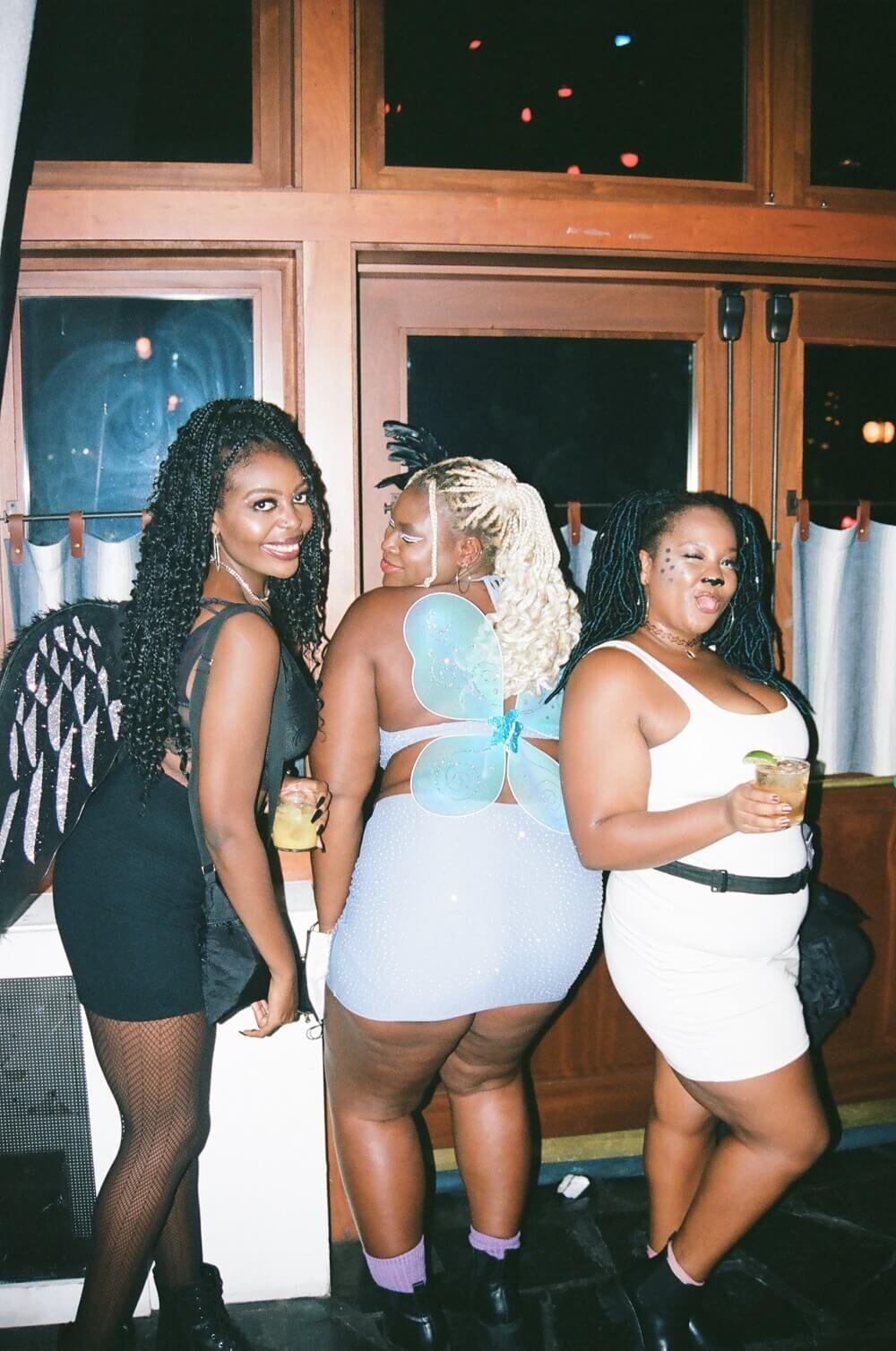 The trans community has always been a marginalized voice, a community on the vanguard of LGBTQIA+ issues, but often forgotten among “mainstream gay people” when it comes to rights affecting their community, they have been fighting for equality well beyond the trans community and at great personal risk. According to a recent report by Human Rights Campaign, several dozen gender non-conforming people killed in acts of violence in 2021. The actual numbers are likely far higher, according to the report, since many cases are misreported: “In previous years, the majority of these people were Black and Latinx transgender women.”

Blessed To Have A Beautiful Community

Armon has taken initiative and action while politicians deliver empty promises or assume that protections for gay and lesbian citizens also apply to transgender people, when in fact, they rarely do. According to Human Rights Campaign, “Trans people face a legal system that often does not protect them from discrimination based on their gender identity. Despite a recent US Supreme Court Decision that makes it clear that trans people are legally protected from discrimination in the workplace, there is still no comprehensive federal non-discrimination law that includes gender identity.” 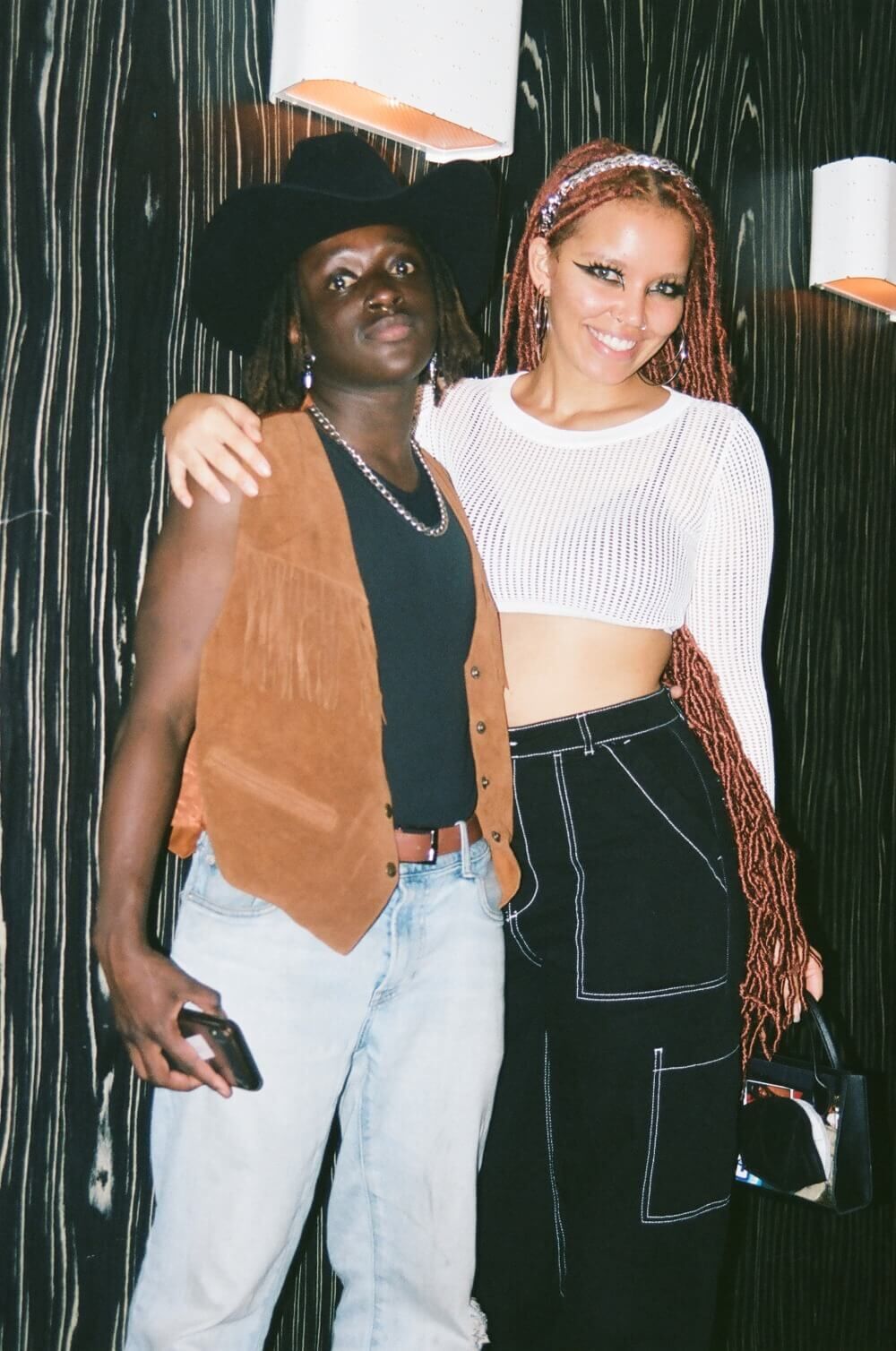 Armon comes across as confident and when you talk to her in person, she has a calming demeanor.  As we speak she’s always making sure that everyone and everything around her is taken care of. But how does she take care of herself? Armon says she’s always working on her art and writing, which are like therapy or “rehabilitation” for her. And she loves to party with her friends. “I'm always with my friends, [they] are always constantly checking-in on me, as I am with them. And they're always showing up for me.”

“I am very blessed to have a beautiful community,” she says before someone briefly interrupts to see if she needs anything to drink before her next meetup at the party. “But what I will say is that I'm always carrying, I’m always partying, and I’m always doing something.” 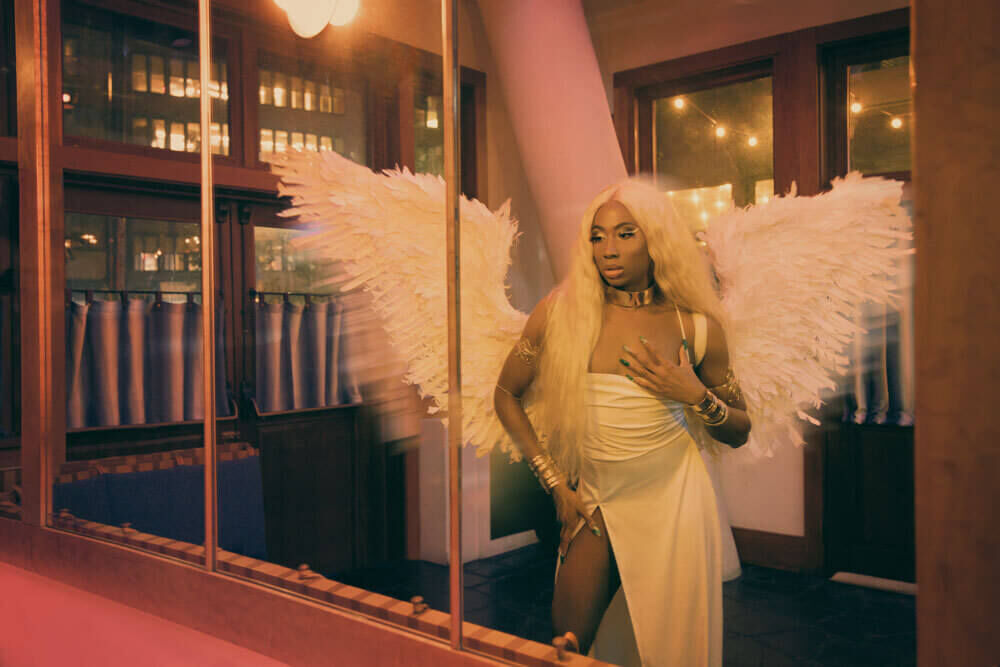 Later that night, I work my way through the glammed-up crowd to say goodbye and congratulate her on the success of her party. I ask Asani what she sees in the future for her organization. Smiling, she replies, “I only want it to grow as much as it's needed. Hopefully one day we'll eradicate capitalism and we won't have to [be needed]. People will be able to afford their affirmative surgery; they won't need help because we will have universal health care. And hopefully, one day, we'll get to the point where everybody has housing because universal housing is provided for everybody on the planet. And so we won't have to worry about it, but until then, I want us to grow as big as we need to get. And we're growing every day.”

Tags: for the gworls , trans lives matter , transgender mutual aid funds , Asanni Armon , lgbtq fundraisers
Support Feminist Media!
During these troubling political times, independent feminist media is more vital than ever. If our bold, uncensored reporting on women’s issues is important to you, please consider making a donation of $5, $25, $50, or whatever you can afford, to protect and sustain BUST.com.
Thanks so much—we can’t spell BUST without U.