An Increasing Number of Women in the UK Have Reported Being Pricked or "Spiked" With Drug-Filled Syringe Needles While Out in Public. Activists Are Calling For Safer Nightclub Conditions 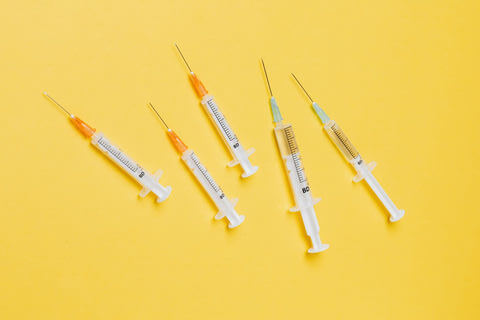 "Needle Spiking” : A New Sexual Assault tactic Worries Many Women in The UK, A Call For Action Has Been Made.

As if the past few months in the UK weren’t already filled with numerous stories about violence against women, a new, horrifying issue has emerged in the past couple of months : “needle spiking."

Spiking is a method in which someone pours drugs in somebody else’s drink. It can take many forms, such as adding alcohol in a non-alcoholic beverage, adding alcohol in an already alcoholic drink to make it stronger, or slipping drugs in a glass, usually benzodiazepine, Rohypnol or GHB. Spiking is more likely to happen to women as it is commonly used to facilitate sexual assault. Between 2015 and 2019, 71.6% of spiking victims in the UK were women. Needle spiking is a way of of drugging somebody via needle injection.

According to The Guardian, in the past two months, 198 confirmed spiking incidents were reported to the police in the United Kingdom. In addition to those, 24 reports were related to drug injections via needle. Women on social media started to share their stories, show bruises on their bodies, explaining that they didn’t know what it was at first. Twelve incidents were recorded in Nottinghamshire, centre of the investigation.

Lizzie Wilson, 18, from Nottingham, told the New York Times that during a night out with three other friends, she felt “a sharp pinch in her back, as if she had been pricked by a needle.” Because she and her friends had already heards stories of people being spiked by needles, her friends quickly escorted her to the hospital. The worst part says Wilson is that she “could not control anything” and felt very disoriented, with no feelings in her legs.

As the number of reports are increasing, the anxiety and the panic following those few testimonies caused anxiety amongst women. A collective named “Girls Night In” emerged on social media calling for a boycott of nightclubs until safer conditions would be implemented. The collective is spreading awareness via info-graphics on how to recognize if your drink has been spiked, and is calling for local boycotts and actions. Following fifteen reports of needle spiking in Nottinghamshire by October 21st, the local Police  stated “A joint effort between partners is now underway after a spate of spikings across the city."  A petition was also shared asking nightclubs to thoroughly search guests upon entry to limit the risks. Almost 15,000 people have signed the petition while 100,000 are required to be possibly debated at Parliament.

Following a number of reports, two men were arrested on Tuesday in East Sussex. They are both out on bail while the investigation continues.