US Issues First Gender "X" Passport In A Historic Win For Intersex, Nonbinary, And Gender-Nonconforming Individuals 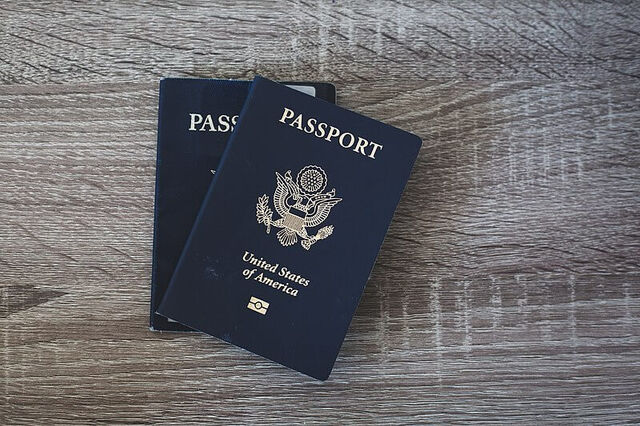 In a landmark challenge to traditional gender classification, the U.S. government has issued its first gender “X” passport for individuals who do not identify as male or female. Jessica Stern, U.S. special diplomatic envoy for LGBTQIA+ rights, called this move “historic” and “celebratory,” telling AP that this new designation will better align the U.S. government with the “lived realities” of queer people.

The U.S. State Department first announced plans for a third gender marker for nonbinary, intersex, and gender-nonconforming people back in June as part of a larger mission by the Biden administration to promote “the freedom, dignity, and equality of all people – including LGBTQI+ persons.”

Additionally, the State Department will now allow passport applicants to self-select their gender marker and will not require medical certification if an applicant’s self-selected gender doesn’t match the gender listed on their other official documents.

While the department did not disclose who received the first “X” passport, Dana Zzyym, an intersex activist from Fort Collins, Colorado, informed AP that they were the recipient.

While Zzyym acknowledged that it’s nice to finally have an accurate government passport, this achievement is part of a much larger battle to help intersex, gender-nonconforming, and nonbinary people secure their rights.

“I’m not a problem. I’m a human being. That’s the point,” the activist explained to AP. They hope that their small “win” will translate to systematic changes in the queer community’s treatment by the U.S. government.

“I started this lawsuit to get legal recognition for intersex and nonbinary people, and I did this for the future,” Zzyym told the New York Times. “For intersex kids to be able to say, ‘Hey, I happen to be a human being who happens to be intersex.’”

Now, even as gender “X” becomes a reality, it may still take some time for this designation to be adopted on a wide scale. The change still requires approval by the State Department’s Office of Management and Budget, which signs off on all government forms. State spokesperson Ned Price said in a statement on Wednesday that the new marker will likely become available to routine passport applicants by early 2022, when the government’s system has been fully updated.

With gender “X” the U.S. is now one of a handful of countries, including Canada, Australia, and Nepal, that allows citizens to select a gender other than male or female on their passports. Furthermore, 20 U.S. states and the District of Columbia have implemented a similar classification process for state identification, wherein residents can mark “M,” “F,” or “X” on their driver's license application.

Moving forward, Stern hopes that gender “X” will ensure the safety of intersex, gender-nonconforming, and non binary people by reducing levels of dehumanizing harassment and mistreatment at home and abroad.

“Offering a third gender marker is a significant step towards ensuring that our administrative systems account for the diversity of gender identity, gender expression and sex characteristics,” Stern told AP. “When a person obtains identity documents that reflect their true identity, they live with greater dignity and respect.”

Tags: gender X , nonbinary , gender nonconformity , intersex , LGBTQIA+ , gender x passport , dana zzyym
Support Feminist Media!
During these troubling political times, independent feminist media is more vital than ever. If our bold, uncensored reporting on women’s issues is important to you, please consider making a donation of $5, $25, $50, or whatever you can afford, to protect and sustain BUST.com.
Thanks so much—we can’t spell BUST without U.