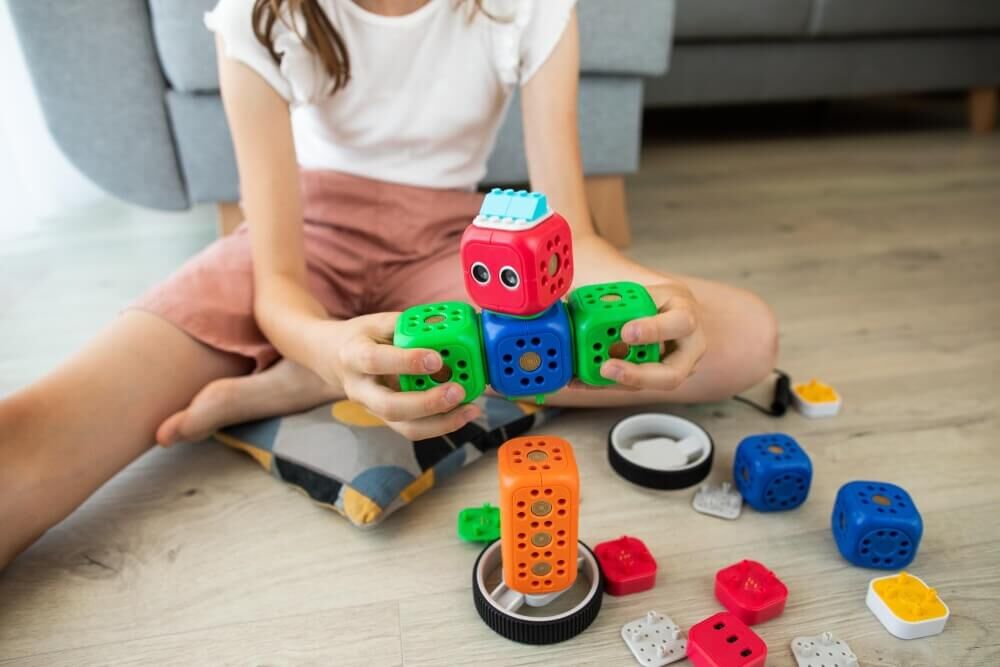 Lego announced earlier this week that it will remove gender bias from its toys, paving the way for more equal play.

This decision comes in light of new research commissioned by the LEGO Group which revealed that girls are increasingly curious about traditionally “male” toys and activities but that gender stereotypes continue to restrict their participation. As Lego stated, “research findings show that girls are ready for the world but society isn’t quite ready to support their growth through play.”

Lego’s study was conducted in collaboration with the Geena Davis Institute on Gender in Media and comes with the announcement of Lego’s new “Ready for Girls” campaign, which will work to dismantle enduring gendered stereotypes about play activities.

In their research, Geena Davis Institute workers surveyed almost 7,000 parents and children aged 6 through 14 across the globe, from the U.S. to China to Poland. In all countries, they found that girls felt less bound by gendered play than boys;  62% of girls vs. 74% of boys surveyed felt that some activities are just meant for girls, while others are meant only for boys.

Similarly, the Institute’s research showed that girls were more open to different types of play than society typically encourages, with 82% of girls surveyed responding that it’s okay for girls to play football and boys to do ballet. Simply put, most girls don’t feel restricted by traditional notions of masculinity and femininity; rather, the problem is that their parents still do.

“Parents are more worried that their sons will be teased than their daughters for playing with toys associated with the other gender,” Madeline Di Nonno, the chief executive of the Geena Davis Institute, told the Guardian. “It’s also that behaviors associated with men are valued more highly in society. Until societies recognize that behaviors and activities typically associated with women are as valuable or important, parents and children will be tentative to embrace them.”

Even if girls express interest in contact sports or STEM fields, parents are still more likely to point them toward more “girly” activities. The Lego study found that parents were five times more likely to encourage their daughters to take dance lessons or play dress up than they were their sons.

According to Professor Gina Rippon, a neurobiologist and author of The Gendered Brain, when we limit girls’ access to certain types of play, we also limit their “training opportunities” for the real world. “If girls aren’t playing with Lego or other construction toys, they aren’t developing the spatial skills that will help them in later life,” Rippon told the Guardian. “If dolls are being pushed on girls but not boys, then boys are missing out on nurturing skills.”

While it’s difficult to change the minds of parents and even more difficult to undo centuries of gender conditioning, Lego is taking steps to create well-rounded play for all types of kiddos. The company no longer labels its products as “for girls” or “for boys” on its website but instead allows customers to browse by themes it calls “passion points.” Parents can also shop by skills such as resilience, self-expression, and confidence because, as Lego’s website notes, “some skills are best learned outside of the classroom.”

Toys are no longer arbitrarily divided into pink and blue but instead designed to appeal equally to all children. Products like Lego Dots and Lego City Wildlife Rescue Camp have already begun to dismantle the idea of male vs. female play by focusing on tools like creative reasoning and problem solving rather than outdated stereotypes.

Lego is also working to include inspiring female role models as a part of its brand. Earlier this year, the company launched a new virtual event, LEGO CON, which highlighted the work of female Lego designers.

Lego has also started a “Rebuild the World” campaign, which encourages kids to share their Lego creations on social media for a chance to be featured on Lego’s website. Several amazing young women have already been featured, including an 11-year-old who’s raising money for community development projects in Japan and two inventor sisters in the UAE, who have already pioneered a smart car steering wheel and a vibrating belt for hearing-impaired people.

“We still experience age-old stereotypes that label activities as only being suitable for one specific gender,” said Julia Goldin, CMO of LEGO Group, in the company’s statement. “At the LEGO Group we know we have a role to play in putting this right. All children should be able to reach their true creative potential.”

About Time? The American Medical Association Recommends The Removal of Female and Male Sex Categories From Birth Certificates