Doctors Marian Croak and Patricia Bath Are the First Black Women Inducted into The National Inventors Hall Of Fame, And Yeah, It's About Time! 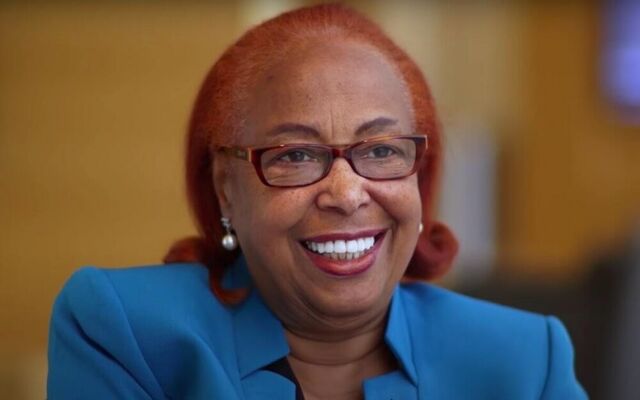 The National Inventors Hall of Fame in Alexandria, VA honors over 600 of America’s greatest inventors and engineers, living and deceased, who have patented an influential technology. Since its founding in 1973, the Hall of Fame has recognized a new class of innovators each year, with notable inductees including Thomas Edison, Beatrice Hicks, the Wright brothers, and Hedy Lamarr.

Now, the Hall of Fame is starting to look a little less white, and a little less male. The non-profit announced this week that Marian Croak, Ph.D., vice president of engineering at Google, and the late ophthalmologist Patricia Bath, Ph.D., will be amongst the Hall of Fame’s 29 inductees in 2022. Croak and Bath are the first Black women to receive this distinction.

Croak, who currently heads Google's Research Center for Responsible AI and Human Centered Technology, is the brains behind “Voice over Internet Protocol,” the tool that converts voice data into digital signals over the Internet. VoIP is now the principal technology behind most audio and video conferencing software and has transformed the remote working experience for thousands of people.

The 66-year-old engineer also created the “text-to-donate” system that is used by many charities today, first employing it to raise over $130,000 following Hurricane Katrina in 2005 and $43 million after the 2010 Haiti earthquake. Throughout her career, Croak has registered over 200 unique tech patents.

“It’s humbling, and a great experience,” Croak said of her induction in a recent interview with Google.  “At the time I never thought the work that I was doing was that significant and that it would lead to this, but I’m so very grateful for the recognition.”

Bath, who died in 2019 at age 76 from cancer complications, will be honored for her invention of the Laserphaco Probe, a pioneering device and technique for cataract removal during surgery. She’s also noted as one of the first researchers to discover glaucoma’s disproportionate effect on Black patients.

“To know that my mother is part of the 2022 class of National Inventors Hall of Fame Inductees is an unbelievable honor,”  Bath’s daughter Eraka, an associate professor in child and adolescent psychiatry at the UCLA Neuropsychiatric Institute, said in a recent statement. “The NIHF distinction is an overdue recognition of her accomplishments.”

The professor told CNN that her mother often spoke to her of the barriers she faced as a Black woman in STEM. In 2018, Bath and Eraka founded WERSTEM, an organization that rewards scholarships and donates to programs providing inclusive access to STEM education.

Croak and Bath’s inductions are soured only by their timing, which brings the NIFH’s overall lack of diversity to the forefront. Of the Hall of Fame’s 600+  honorees, only 48 are women and a mere 30 are Black.

Erika Jefferson, founder of the organization Black Women in Science and Engineering, called Croak and Bath’s honors “bittersweet.” Their inclusion in the Hall of Fame is a major step forward for the representation of Black women in STEM; however, this “win” is undermined by the fact that it took nearly 50 years. Bath won’t even get to experience it.

“There are thousands of Patricia Baths and Marian Croaks that have blazed trails but have not been ‘discovered’ yet,” Jefferson said. “It's not enough to see these two phenomenal women get this award. There have to be advocacy systems in place to ensure they get the recognition and support that they deserve.”

A 2015 National Center for Education Statistics report showed that only 2.9% of Black women in higher education earn STEM degrees, and after graduation, it’s all too common for Black women entering STEM to experience self-doubt in the face of biased work environments.

Additionally, a 2018 Pew Research Center study found that  half of women in STEM have experienced gender-based discrimination in their workplace – more than women in non-STEM jobs (41%) and far more than men in STEM (19%).

Croak hopes that her induction will help change these statistics for the better and inspire other Black girls to pursue their interests in science. “I find that it inspires people when they see someone who looks like themselves on some dimension, and I’m proud to offer that type of representation,” Croak told Google.

“I want people to understand that it may be difficult but that they can overcome obstacles and that it will be so worth it.”