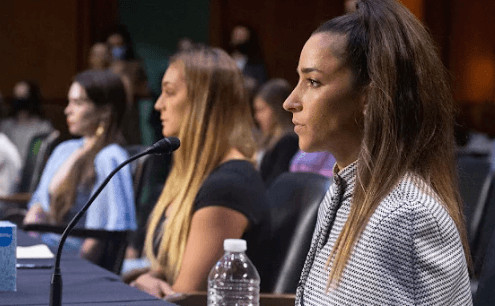 After years of misconduct and botched investigations, four American gymnasts shared an emotional testimony in the failed FBI investigation of former Team USA Gymnastics doctor Larry Nassar. Nearly four years after the trial and sentencing of Larry Nassar, gold medalists Simone Biles, Aly Raisman, McKayla Maroney, and Maggie Nichols spoke on behalf of themselves and nearly 500 victims of Nassar at the Senate Judiciary Committee on Wednesday, September 15th. The FBI was made aware of allegations against Nassar back in 2015 but failed to investigate any of the victims’ claims properly. After the resignation of former FBI Special Agent W. Jay Abbott, “An internal investigation by the Justice Department released in July said the FBI made fundamental errors in the probe and did not treat the case with the utmost seriousness after USA Gymnastics first reported the allegations.” Although Nassar has been sentenced to up to 175 years for sexual assault and possession of child pornography, the case of Nassar delves into a more significant concern for victims of sexual assault in being discredited by the criminal justice system.

Larry Nassar’s pattern of abuse began in 1986 as an athletic trainer for the USA gymnastics national team. Specializing in treating gymnastics injuries, Nassar worked alongside Olympic artistic gymnastics coach John Geddert at Twistars, a gymnastics club based in Lansing, Michigan. The parents of these Olympic-bound kids often hailed Nassar for his reputation on Team USA. As a licensed osteopathic physician, he could easily molest his patients through “physical therapy” treatments. According to Trinea Gonczar, who was 9-years old when she and her mother Dawn sought-ought Larry for her gymnastics injuries, Nassar would perform physical therapy on Trinea with her mother sitting only a few feet away. While continuing normal conversations with Dawn, Nassar would manipulate Trinea’s body to relieve her hip pain and then penetrate her with his ungloved hand. Parents of these athletes felt indebted to Nassar as he successfully rehabilitated his clients to peak performance levels. Dawn has reflected on her time working with Nassar, saying “We had the best clinic available to us for gymnastics injuries that anyone in the world could have. We had the best. We were so lucky.” Everyone felt so fortunate to have Larry Nassar help their child, especially if it meant their daughters were on the path to Olympic gold. 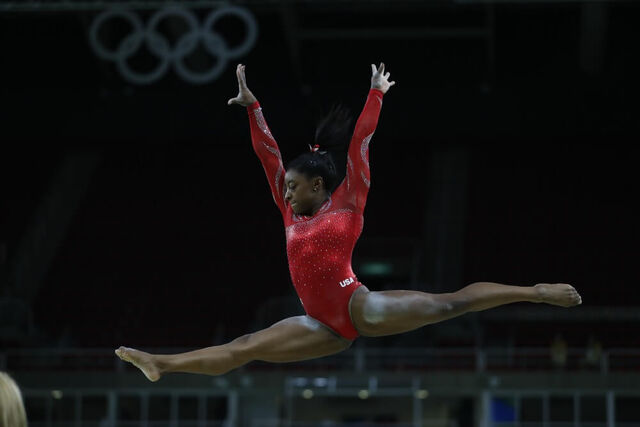 Under the guise of pelvic-floor physical therapy, where the pelvic muscles are massaged and stretched to relieve chronic pelvic pain, endometriosis, or disrupted bowel movements, Nassar would use his finger to penetrate his clients vaginally as a way to “relieve lower back pain.” Beyond private physical therapy sessions, Nassar worked for over 15 years at the Karolyi Ranch, an isolated training center for the US women’s national gymnastics team. Open from 1981 to 2018, the Huntsville, Texas-based training camp housed thousands of aspiring teen athletes, with dozens remembering Karolyi as the epicenter of their abuse. Survivors of Nassar’s perversions have come forward claiming that Martha and Bela Karolyi, the founders of the Karolyi Ranch, were aware of Nassar’s abuse for years. In a 2017 civil lawsuit from former gymnast Mattie Larson, “the Karolyis turned a blind eye to the perpetrator Nassar’s sexual abuse of children at the Ranch.” Although Nassar had medical licenses to practice in both Colorado and Georgia since 1996, during his time at Karolyi Ranch he had been unlicensed in Texas, making it even easier for him to get away with his abuse. For Karolyi Ranch to seemingly ignore allegations against Nassar for over a decade, he was enabled “into the least-monitored space full of young girls, into a position of authority requiring a decade of career building, in a specialty that allowed him particular latitude.”

Beyond Nassar, the athletes’ testimonies called for accountability on behalf of the flawed FBI system and fabricated claims in their investigation. For McKayla Maroney, Olympic gold medalist and member of the Fierce Five gymnastics crew at the 2012 Summer Olympics, an FBI report from 2015 detailed her claims of sexual misconduct. Maroney had multiple instances with Nassar where he would have her change into shorts without underwear and touch her during training. During a Team USA trip to Tokyo in 2011, Nassar had given Maroney a sleeping pill during the flight and would proceed to get on top of Maroney and molest her in his hotel room. With the support of her coach, Maroney detailed years of abuse over the phone with FBI investigators for over three hours, dating back to her win at the 2012 London Olympics; however, she was met with silence and disdain from agents. Maroney states, “I began crying at the memory over the phone, and there was just dead silence. After that minute of silence, he asked, 'Is that all?” After reporting abuse in the summer of 2015, the FBI waited nearly 17 months to document her accounts and perpetuated false claims about her report.

The testimonies from these Olympic women have sparked the conversation around the 1994 Violence Against Women Act (VAWA). Signed under the Clinton administration, the VAWA provided civil rights remedies for victims of gender-based violence. This law, however, was deemed unconstitutional by the Supreme Court in 2000, as domestic crimes seeking remedy violated the Commerce Clause and posed to be an overreach of Congressional power. The original VAWA was designed to provide sufficient criminal justice responses to cases of domestic violence and sexual assault. If something like the VAWA were present today, the Olympic victims of Nassar would be able to sue anyone responsible for their abuse, including the FBI agents who invalidated victims’ claims and delayed Nassar’s arrest, trial, and sentencing. Although the U.S. Olympic Committee began decertifying USAG (USA Gymnastics) for withholding information about Nassar, no one from the FBI or USAG has faced federal charges other than Nassar himself. While many of Nassar’s victims are still asking themselves how to move forward, their sentiments have been solidified through the words of Simone Biles herself: “The impacts of this man’s abuse are not ever over or forgotten. I blame Larry Nassar, and I also blame an entire system that enabled and perpetrated his abuse.”

Tags: Larry Nassar , Simone Biles , Aly Raisman , McKayla Maroney , Maggie Nichols , Olympic Gymnasts , sexual assault
Support Feminist Media!
During these troubling political times, independent feminist media is more vital than ever. If our bold, uncensored reporting on women’s issues is important to you, please consider making a donation of $5, $25, $50, or whatever you can afford, to protect and sustain BUST.com.
Thanks so much—we can’t spell BUST without U.