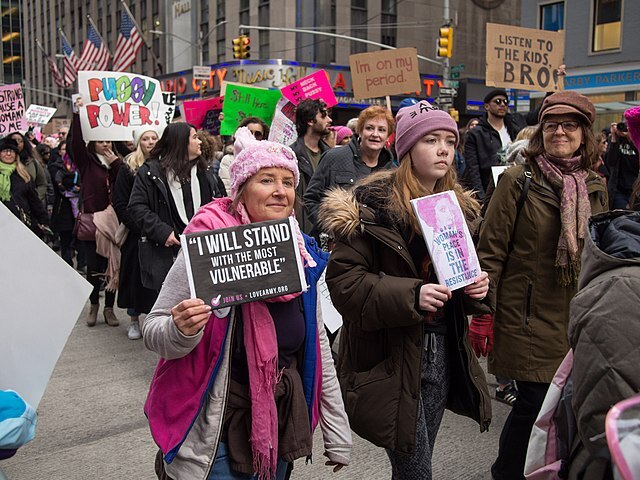 On October 2 at 11 a.m., Women’s March will mobilize thousands of women, feminists, and allies to fight for reproductive freedom in demonstrations across the country.

The National March to Demand Reproductive Freedom will be held in Washington, D.C. and run from Freedom Plaza to the steps of the Supreme Court. It has been organized with over  90 partner organizations, including Planned Parenthood, The Frontline, the Black Women’s Health Imperative, and the National Latina Institute for Reproductive Justice.

This collective action comes in the wake of Texas’ new law banning abortions after six weeks of pregancy – the most extreme abortion bill enacted since the passage of Roe v. Wade. Additionally, the Supreme Court announced on Monday that it will be reconvening on December 1 to hear oral arguments challenging a Mississippi law that bans almost all abortions after the 15th week of pregnancy.

As soon as this Friday, the 11th U.S. Circuit Court of Appeals will hear oral arguments on Georgia's six-week abortion ban, with the state appealing a judge’s ruling last year to block the law from taking effect.

“Abortion has been the law of the land for almost half a century—but Republicans across the country and the Trump Supreme Court are eagerly throwing away precedent to police and politicize our bodies instead,” said Women’s March Executive Director Rachel O'Leary Carmona.

“We’re calling on everyone who cares about reproductive freedom to start acting with the urgency this moment demands, and join us in the streets on October 2nd to show our power and demand our rights not be trampled on.”