Say Their Name: "My Name is Pauli Murray" Directors Betsy West and Julie Cohen, Talk About the Amazing Life of the Civil Rights Activist, Lawyer, and Gender-Bending Episcopal Priest, and Their Impact on History 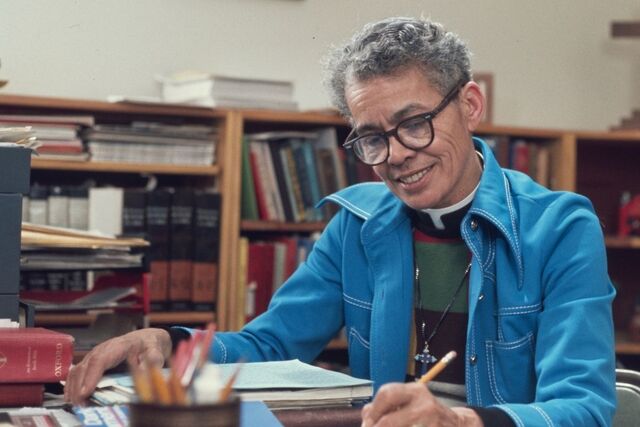 My Name is Pauli Murray is quite possibly one of the most eye-opening documentary about race and gender identity to come out in recent times. The 91-minute long documentary chronicles the life and work of African-American writer and civil-rights activist Pauli Murray. Born in 1910, the Baltimore Maryland native struggled with her sexuality and gender identity their whole life.  A graduate of Howard University School of Law, Murray was admitted to the bar in California in 1945, later working as the deputy attorney general of California. In addition to her career in law, they were called to god in 1977, and became the first African-American woman ordained as an Episcopal priest, subsequently, this was also the first year women were ordained in that church, period.

The idea to do a documentary came about when directors, Betsy West and Julie Cohen, were in the middle of their previous documentary, RBG. Justice Ruth Bader Ginsburg had mentioned that she had received inspiration from Murray when fighting for women’s rights. Intrigued, West and Cohen  had not been too familiar with Murray’s story and how they held such an important role in history. How could one person have such an impact on so many important parts of history and yet, they were hidden from classrooms and places where their legacy should be celebrated?

BUST got the opportunity to sit down with directors Betsy West and Julie Cohen and talk all things about the origins of the documentary, Murray's gender identity, and what made them so fearless in work and their personal life.

BUST: What made you both want to participate in this documentary?

Betsy West: Well, when we learned Pauli Murray’s extraordinary story, we were blown away. Murray was an activist, a lawyer, a legal thinker, who influenced Thurgood Marshall and RBG, a memoirist, a poet, and had a role in so many aspects of American life, yet we never heard of Pauli Murray before RBG introduced us to Pauli’s legacy. And we thought, Hey, we're fascinated by Pauli’s story, it's inspiring, let's make try to make a documentary.

B: What made you so passionate about Pauli’s message?

Julie Cohen: There's been a growing movement in our country over the past few years to re-examine our history and pick up pieces that have been erased, discarded or sort of overlooked.

And that's not just about a deficiency in our system. It's an opportunity to learn about these amazing, incredible, beautiful, poignant stories that we weren't taught in school and Pauli Murray's story seemed like a fantastic example of someone who contributed so much in so many fields of endeavor. How could you not want to know more about this person?

B Throughout the film, you visit many college campuses across the country. How was it visiting the various campuses and seeing how they incorporate Pauli into the curriculum when for so long, Pauli’s legacy was not taught?

BW: Pauli was someone who loved to go to school and had many degrees and many accomplishments, and so we were able to document that in the film. It's pretty thrilling that a few years ago, Yale University named one of its colleges, Pauli Murray College. That's because later in life, Pauli, who already has a law degree and a master's in law, went for a doctorate in law at Yale in the 1960s, and so to honor Pauli's legacy, they named a whole college after Pauli. It was pretty exciting to be there to see a portrait unveiled and to listen to a seminar of students studying Pauli's work. It's fantastic that people are beginning to recognize Pauli's contributions.

JC: Yeah, quite, honestly. The reaction we get from so many people is how did I not know the story of Pauli Murray? That's very true. In our generations, it is beginning to be a little bit less true for some of your audience. The most likely category of people to have heard about Pauli Murray are young people. Pauli is beginning to be taught in some high schools and many colleges, and that's why we wanted to show in the film, the sort of the blossoming of this movement to learn about Pauli. In the film, you see various people, college students, also high school students who are beginning to absorb this incredible story.

B: What do you think that young students, specifically college students can gain from learning about Pauli?

BW: When we were at the Schlesinger Library at Harvard, which is where Pauli's archive is housed, we were told that the Pauli Murray collection is now the most requested.

I think that there's a lot of interest in the fact that Pauli was a nonbinary person, perhaps trans at a time, in the 1930s and 40s, where there wasn't a language or any kind of understanding of gender.

I also think that students who are looking at Pauli's work and understanding the obstacles that Pauli faced, will learn something about how to keep on pushing how to think outside the box, how to move beyond obstacles and keep going. That is the story of Pauli Marie's life, constantly coming up against people who say, No, you don't belong here. No, you can't do this, and Pauli persevering to the point that Pauli's ideas influence Thurgood Marshall in Brown v Board of Education. There are so many examples. Pauli is thinking outside the box, pushing forward despite discouragement. That is a lesson well learned.

B: How was it balancing Pauli's personal life, their work and all their accomplishments in the documentary? 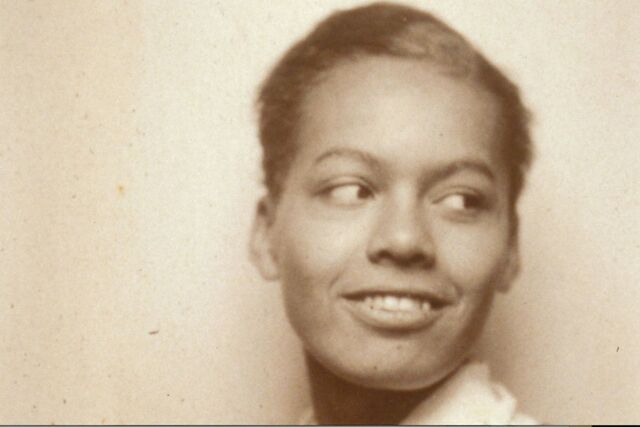 BW: You know, we wanted to tell the story of a real human being a real person and we were extraordinarily lucky that Pauli left behind all of this archive, but also the audiotapes. The first time that we listened to Pauli's voice, in an interview, something was just so compelling about Pauli talking, and then we found a video, which was sort of in a different part of the archive, and it had not been digitized before. We're not sure anyone had ever really seen this interview that had been done in the 1970s, and that was pretty thrilling. Even though the quality of the video as you'll see in the film is pretty crappy. Pauli's personality, the smile, the openness just kind of warmth makes you so happy. And her dog is barking and she's like, she's affectionately telling the dog to be quiet. I mean, it's a real person behind the story, not just some icon that you're going to study in school, but a real human being. And so it was important for us to do both aspects of Pauli’s story, the contributions that Pauli made, legally, professionally, and how Pauli did this in their own life.

B: What qualities do you think Pauli possesses that made them so fearless in their fight for civil rights and gender expression?

JC: I think a relentless optimism in the face of difficulties, a desire to see the best in other human beings and a never gonna get pushed down, never gonna give up attitude are sort of the defining characteristics that were who Pauli was, but these were also responsible for all the ways that Pauli succeeded in a lifetime, even if those successes weren't necessarily recognized.

BW: I appreciated Pauli's integrity, at which Pauli became friends with Eleanor Roosevelt in the 1930s after writing a tough letter to FDR criticizing him for sort of pretending to be progressive when in fact, he wasn't speaking up enough against lynchings that were going on. And Pauli and Eleanor established this friendship that was quite close. And yet when in 1943, FDR had what Pauli considered to be a kind of mealy-mouth reaction to what you could describe as a police riot. I mean, killing African American men in Detroit there, there was a protest from white Americans who were beating up African Americans and the police joined in and several dozen were killed. Pauli Murray writes the toughest poem about FDR and then sends it off to Eleanor. So not the fact that they were not afraid to speak their mind; I consider that kind of integrity to be so admirable.

B: What do you hope audiences will gain from watching the documentary?

JC: We hope that audiences have the same sense of thrill and revelation that we did in learning this extraordinary story. We also hope in a broader way, it makes us all rethink the way that we're taught history, and that the figures who we learned about in school or the ones whose faces are on dollar bills are not necessarily the only essential contributors to moving forward this big complex American project that we're all embarked on together.