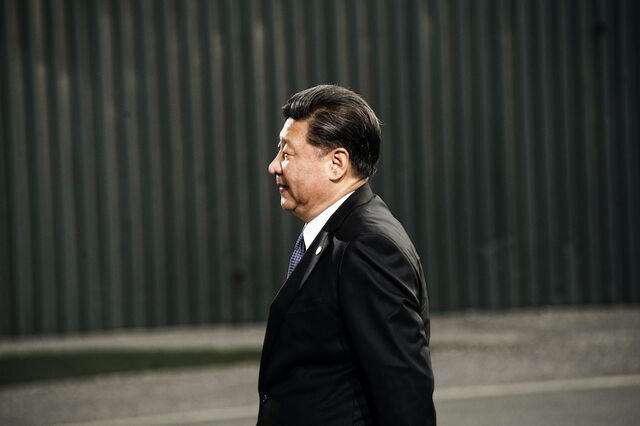 Last Thursday the National Radio and Television Administration in China revealed an eight-point plan reflecting President Xi Jinping’s efforts to strengthen China and impose an official moral code for the nation. The plan calls for “further regulation of arts and entertainment shows and related personnel.” This includes banning effeminate men from television or, in the words of the regulator, "resolutely put an end to sissy men and other abnormal esthetics" in the media.

In 2018, the annual Chinese Central Television’s back-to-school special featured New F4, a boy band from a reboot of the popular Taiwanese TV show Meteor Shower. The program “The First Class of School” has been a mandatory back-to-school activity for Chinese school children and their parents since 2008. The program is part of a larger effort by the Chinese Communist Party Propaganda Department to increase patriotism via the China Central Television (CCTV), a network controlled by the state. New F4’s performance on the show didn’t sit well with some parents.

The influence of some Korean and Japanese entertainers’ androgynous fashion on Chinese pop stars, due to the growing popularity of bands like BTS and EXO, threatens the traditional, patriarchal Chinese culture Xi wants to enforce. The new policies include crackdowns on celebrities and celebrity culture. A number of K-Pop fan accounts have been disabled on Weibo, China’s Twitter equivalent. The fear seems to be that under the influence of these celebrities, Chinese culture is without appropriate examples of masculinity.

Parents took to Weibo to deplore the lack of “masculinity”. One parent wrote, "I can't believe the ministries of education and propaganda are promoting sissy culture .... They let a bunch of sissies wearing lipstick, ear studs, dyed hair, groomed brows and bracelets represent Chinese youths!"

It's all part of a wider campaign to make Chinese boys more masculine. In January, the Education Ministry revealed their focus on “masculinity’” in K-12 education. The plan outlines steps to enhance physical education in schools, including hiring more gym teachers, upgrading equipment, and researching the impact celebrities have on children’s personal values. Si Zefu, a Chinese political advisor, warned at a policy proposal meeting, "Chinese boys have been spoiled by housewives and female teachers,” and China will be faced with a generation of "delicate, timid, and effeminate" men.

This sentiment underlines a recent history of setbacks for the LGBTQIA community in China. In August 2020, after more than a decade of successful events, Shanghai Pride abruptly shutdown, with little explanation in their official statement. A separate statement from Shanghai Pride organizers said, “The decision was difficult to make but we have to protect the safet ty of all involved." While homosexuality was decriminalized in China in 1997 and declassified as a mental illness in 2001, same-sex marriage struggles to gain traction, and Chinese children can only be adopted by heterosexual parents, even internationally.

The emphasis on "masculine men" has also been roundly criticized by Chinese feminists. "Boys don't need masculinity education," says Lü Pin, the founder of China's largest feminist group, Feminist Voices. "The concept of masculinity forces every man to be tough, which excludes and harms men with other types of characteristics," she said. "It also reinforces men's hegemony, control and position over women, which goes against gender equality.

Unsurprisingly, at the same time that China is forcing a return to traditional gender roles, the Chinese feminist movement is being silenced. In April 2020, Chinese social media platform Douban shut down more than 10 feminist forums, including Feminist Voices, citing their “radical” and “extreme” ideology. The forums promoted the idea of “6B4T” which sprang from South Korea and suggests that women should not have to get married, have children, or participate in anything that centers men or degrades women. In addition, 2015 saw the arrest of the “Feminist Five” who were detained for 37 days. Li Maizi (born Li Tingting), Wei Tingting, Zheng Churan, Wu Rongrong, and Wang Man were planning to distribute stickers on International Women’s Day. Their detainment led to protests across the world, but efforts to protest in China were met with censorship. The women were released, but are still under government surveillance.

President Xi Jinping calls these new censorships a “national rejuvenation,” and the Communist Party’s control continues to extend through business, religion, sports, and education. The intention is to "vigorously promote excellent Chinese traditional culture, revolutionary culture and advanced socialist culture." It’s difficult to assess what Chinese citizens' responses to these restrictive policies are, since the government censors their social media and comes down hard on attempts to organize. These regulations follow the current worldwide trend of nationalist uprisings in the face of social and cultural progress.

Tags: China , censorship , Chinese president , Xi Jinping , masculinity
Support Feminist Media!
During these troubling political times, independent feminist media is more vital than ever. If our bold, uncensored reporting on women’s issues is important to you, please consider making a donation of $5, $25, $50, or whatever you can afford, to protect and sustain BUST.com.
Thanks so much—we can’t spell BUST without U.