Mutual Aid To The Rescue: Check Out These Seven Pro-Choice Organizations Providing Resources in the Midst of Texas' Near-Total Abortion Ban 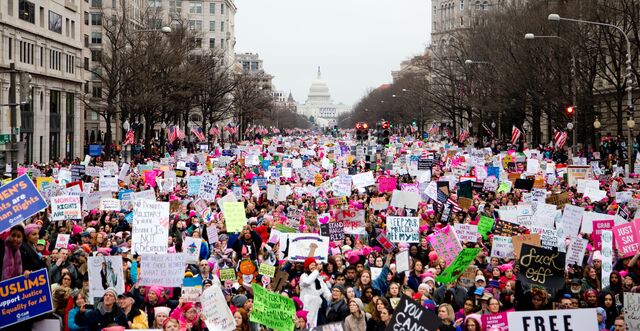 Under the leadership of the Women's March Foundation, on October 2nd thousands of women across all 50 states, in major cities from Los Angeles to Washington D.C., will march alongside one another to defend their reproductive rights. With the recent eruption around Texas SB8 near-total abortion ban, which consequently bans abortions in Texas after six weeks, the long-term effects on abortion clinics and safe healthcare seem daunting. Grassroots movements on a local level are crucial in dismantling the stigmas and policy reform around federal abortion restriction. In Texas, what is happening is an international threat to the autonomy of women's bodies and protection of individual freedom, dating back to the 1973 Supreme Court case of Roe vs. Wade. For nearly fifty years, Roe vs. Wade has protected women's right to abort a fetus up to 24-weeks; however, the Texas SB8 ban has the potential to erase years of liberation. There are 167 pro-choice organizations dispersed across the country, tackling abortion, birth control, healthcare, and gender equity issues. Here's a list of pro-choice organizations, some local to Texas with others on a national level, that can provide you or someone you care about with information on abortion accessibility and ways to accomplish community outreach: 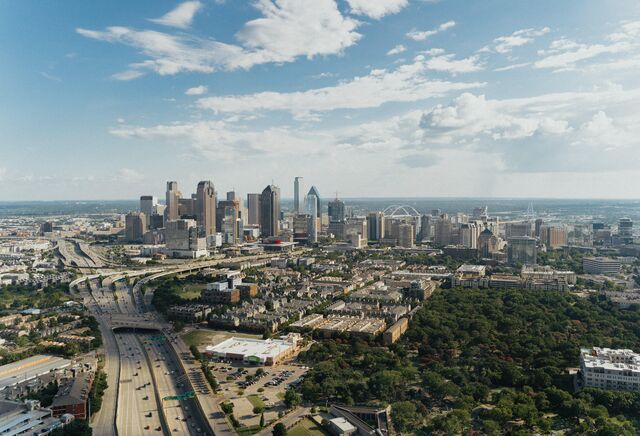 Fund Texas Choice is a volunteer-based organization and an affiliate with the National Network of Abortion Funds, working to pay for Texans' travel to abortion clinics near eastern and northern Texas, Louisiana, and Oklahoma. The Texas House Bill 2, a 2013 ban on abortion 20 weeks post-fertilization, resulted in the closure of over 20 low-income, rural clinics. This new bill disproportionately affected people of color, as 2020 saw nearly 30% of abortions in Texas performed on Black women. The organization works with clinics to provide bus and plane tickets, cover fuel costs, and book hotel accommodations. Since 2013, over 1,500 Texans have gotten access to safe abortions, and the website always welcomes donations. Fund Texas Choice had made its mark offline, with its recent September 1st performance protests in Austin, Texas, "Bans Off Our Bodies!" Inspired by the Latin American feminist performance protest, “A Rapist in Your Path,” the Fund Texas Choice offers lyrics to their performance chant demonstrated at in-person rallies and virtual protests.

Founded in 2005, the Texas Equal Access Fund (TEA Fund) offers abortion funding for low-income communities, mainly in the Dallas/Fort Worth area, the Pandhandle, and Waco. TEA provides step-by-step instructions for contacting clinics, scheduling appointments, and receiving financial assistance through grants averaging $300. TEA helps a range of individuals, from students to those lacking health insurance, and 70% of clients are people of color. While TEA provides education on abortion, Post Abortion Truth & Healing (PATH) is an over-the-phone emotional support group for those who have already had abortions. As a nonprofit, volunteers are essential as clinic escorts, legal observers, and helpline callers. The organization's hotline, 1-888-854-4852, is available Mondays and Thursdays from 7 am-10 am.

Jane's Due Process is a nonprofit organization, working predominantly in Austin, Texas, that provides free legal advice and representation for minors seeking judicial bypass. For a minor to receive abortion care without parental involvement, judicial bypass is granted by a judge in cases of abuse, neglect, assault, or where parental involvement is not in the best interest of expecting mothers. Jane's Due Process provides information on abortion access, abuse, birth control, parenting, healthcare, and reproductive rights. The website lists abortion clinics in major cities like Austin, Houston, San Antonio, the DFW area, and nearby out-of-state locations.

And you can call your United States congress person and tell them to take action to pass the Women's Health Protection Act: https://t.co/blvqeKXGu6

The organization's Twitter page shares other Texas nonprofits and ways to get involved offline in your community on social media. There is a 24/7 free hotline- 866-999-5263, along with an anonymous and confidential textline, available from 8am-11pm CST. Information on how minors can get a judicial bypass is available as well.

Founded by Gloria Steinem, URGE is a campus-led reproductive rights nonprofit organization across the South and Midwest working to mobilize university students. URGE led the 2004 March for Women's Lives in Washington D.C. and partnered with justCARE, the Campus Action for Reproductive Equity, to increase accessibility to abortion pills in student health centers. California's Senate Bill 24 was passed in 2019, allowing medication abortion to be available in campus health centers. With an estimated 322 to 519 California public university students seeking medical abortions each month, the high costs and long distances for abortion care can be mitigated through increased accessibility to the pill, provided most often through Planned Parenthood. URGE's Abortion Positive Tour started in 2016 as an annual campaign event that works to destigmatize abortions and create an alliance on a social media front, urging us to pledge #AbortionPositive.

In past years, the tour was an in-person event hosted across ten college campuses; however, the 2021 Abortion Positive Tour was a digital event hosted from April 5th-16th with participants viewing Instagram live Q&As, engaging with Tiktoks, and participating in giveaways.

National Association for the Repeal of Abortion Laws (NARAL)

The NARAL Pro-Choice America, founded in 1969, is one of the leading pro-choice advocacy programs in the country, fighting for the protection of reproductive freedom. Beyond abortion access, NARAL advocates for birth control, paid maternity leave, and voter rights. Among senators and representatives endorsed by NARAL, American actress Kathy Najimy, pro-choice advocate and member on the board of advocates for Planned Parenthood, has supported NARAL in addition to many other women's organizations. On September 14th at 8 pm ET, NARAL will host a virtual event, "Why WHPA? Why Now?" to spread awareness around the Women's Health Protection Act (WHPA). NARAL encourages activists to RSVP online for their National Phonebank and call members of Congress to fight against the Texas abortion ban.

Exhale is a one-on-one support hotline for callers who have experienced abortion and seek out conversation and community. Beyond the physical implications of abortion, post-abortion mental health care is consistently glossed over. Exhale founded a local Bay Area after-abortion phoneline in 2002 and expanded to a national level in 2009. Pro-voice counseling deals with clients' emotional well-being, offering books, websites, and medical resources through the website. With no political or religious affiliation, Exhale creates a comfortable space for individuals to improve mental health post-abortion. This summer Exhale recently introduced a virtual series, "Circles of Care," which provides a confidential 2-hour weekly group session for post-abortion victims of domestic/sexual abuse. The website offers a Google form that potential participants can fill out before virtual meetings. Exhale offers a free text line, 617-749-2948, in addition to self-care resources on their website.

Plan C is an initiative geared towards increasing awareness of abortion pills. By destigmatizing abortion and normalizing safe at-home methods, Plan C is working to create an easily accessible over-the-counter abortion pill, similar to the emergency contraceptive Plan B. Plan C's website offers a FAQs section, delving into the background, usage, and safety instructions when pursuing independent medication abortion. Although Plan C's website does not send medication directly to users, it provides alternative healthcare providers, as well as average cost breakdowns, delivery times, and consultation methods. Through an interactive map, users can select their state and view a list of options for medication abortions with/without clinical support, in-person clinics nearby, and medical advice/counseling. While pill accessibility varies from state to state, Plan C provides the most cost-effective plan for accessing the abortion pill. Plan C offers free phone support in partnership with other pro-choice organizations to aid individuals through abortion and miscarriage.

Tags: pro-choice , abortion bill , Texas , pro-life , reproductive rights , non-profit , volunteer , abortion
Support Feminist Media!
During these troubling political times, independent feminist media is more vital than ever. If our bold, uncensored reporting on women’s issues is important to you, please consider making a donation of $5, $25, $50, or whatever you can afford, to protect and sustain BUST.com.
Thanks so much—we can’t spell BUST without U.