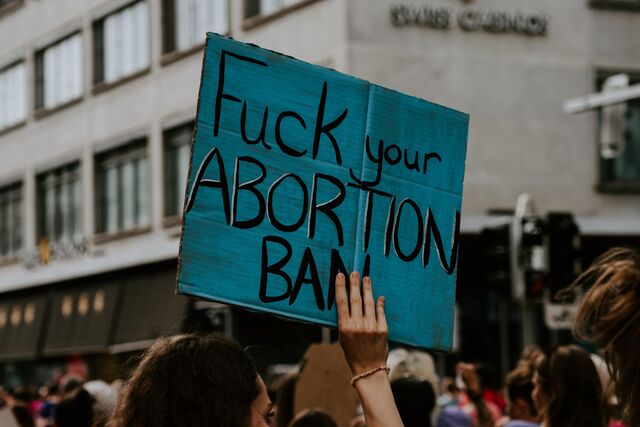 September has barely started, but the state of Texas has already managed to implement the most extreme abortion bill in the United States. The bill, which the Supreme Court failed to suppress, bans abortion after six weeks of pregnancy (when embryonic cardiac activity is detected for the first time). Most people aren't even aware they are pregnant before seven weeks, when morning sickness typically starts. To make things even more horrifying, the bill also includes a $10,000 bounty, plus lawyer’s fees, for anyone who sues and wins a case against an abortion provider or anyone who “aids and abetts” an illegal abortion. This can include anyone from a healthcare provider to an Uber driver.

The bill effectively puts an end to legal abortion in Texas altogether—even though access to abortion is legal, under Roe v. Wade, in the United States. while the bill technically allows access to legal abortion up until 6 weeks—when hardly anyone knows they are pregnant—if the past is any example, there will soon simply be hardly any abortion clinics left in the state.

For instance, take a look at Texas’ recent history. In 2013, the State passed the House Bill 2, which banned abortion after 20 weeks. According to a study released in 2019, American states enact 58 new restrictions on abortion, with about 25 of those banning all, most, or some abortions. The number of legal and safe abortions dropped by 50% and more than half of the state’s clinics were forced to close. This lead to an “abortion desert.” People looking to terminate their pregnancies in Texas had to travel anywhere from 12 miles to 248 miles because there was no access to services in their area. In the meantime, because almost 400 laws restricting abortion were adopted between 2011 and 2017, the number of independent abortion clinics in the US dropped by 32%.

If a bill banning abortion after 20 weeks has such an impact on access to clinics, SB8 will be even worse. Even in the best case scenario, in which the Texas bill would be overturned in a few years, who knows how long it will take clinics to open? In 2019, three years after House Bill 2 was struck down by the Supreme Court, there were only 22 clinics open for nearly 30 million Texas residents.

Despite an attempt to block the bill, the US Supreme Court voted five to four in favor of the ban. With things shaking out as they are, it seems people and organizations are exploring alternatives. Plan C, an online resource for abortion pill sourcing and Progress Texas recently went on a road trip to raise awareness and offer information on how to get abortions pills online. Elisa Well, coordinator at Plan C told Ms. Magazine,  “We went on an abortion road trip to let people know that you don’t need to go on a road trip anymore to get an abortion."

Photo by Claudio Schwarz on Unsplash

Photo by Claudio Schwarz on Unsplash

Tags: Abortion , Texas , Abortion Bills , Women's Rights , Supreme Court
Support Feminist Media!
During these troubling political times, independent feminist media is more vital than ever. If our bold, uncensored reporting on women’s issues is important to you, please consider making a donation of $5, $25, $50, or whatever you can afford, to protect and sustain BUST.com.
Thanks so much—we can’t spell BUST without U.