Living in Her Truth: Mae Whitman Comes Out As Pansexual In Tweet About Role In LGBTQIA+ Friendly Show “The Owl House” 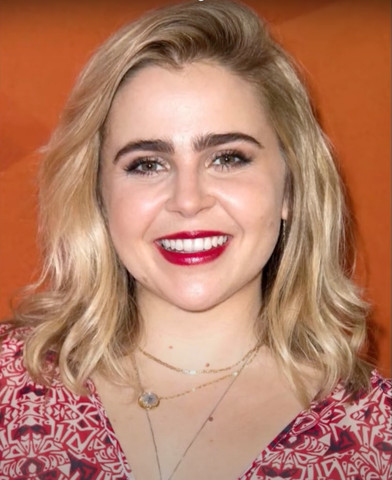 In a Tweet praising Disney Channel show The Owl House, Mae Whitman came out as pansexual. On Monday, August 15th, the actress known for her role of Annie Marks in recently cancelled Good Girls, tweeted about how being a part of the animated show has affected her.

“Just taking a moment to say I am SO proud to be even a small part of a show like The Owl House. Being pansexual myself, I wish I had such incredible characters like Amity and Luz in my life when I was growing up,” Whitman tweeted on Monday.

Just taking a moment to say I am SO proud to be even a small part of a show like The Owl House. Being pansexual myself, I wish I had such incredible characters like Amity and Luz in my life when I was growing up. Queer representation is sososo important :,) keep it up world! #TOH pic.twitter.com/B3C71c24aN

Whitman then sends out a separate tweet describing what being pansexual means to her.

“I know ppl might be unfamiliar with what pansexual means; for me it means I know I can fall in love with people of all genders. This is the word that fits me best [rainbow emoji] and I’m proud+happy to be part of the Bi+ community :,).”

In this tweet she also provided a link to GLAAD's Accelerating Bi+ Acceptance page which, according to the official website, “Through media advocacy, GLAAD lifts up the stories of bisexual and allied communities to build understanding and accelerate acceptance.”

The Owl House is an animated fantasy-comedy series about a girl training to become a witch that has made headlines for featuring Disney Channel’s first bisexual lead. Whitman voices Amity Blight, a young lesbian witch who attends a school for witches. The show’s second season aired in June of 2021.

We are happy to see Mae Whitman proudly expressing her sexuality and being part of a show that encourages kids to be their most authentic self.