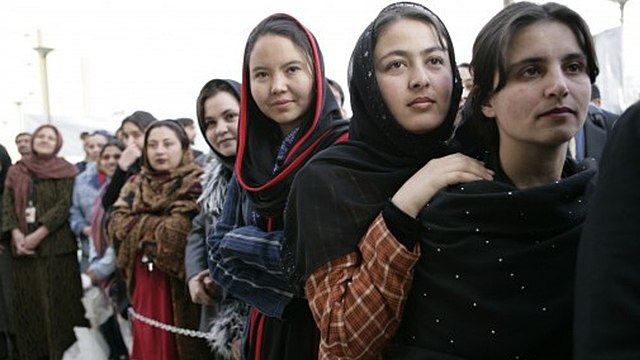 As the Taliban continues its rapid insurgency throughout Afghanistan—sweeping through the country and on the verge of capturing the capital city of Kabul as the country’s Western-backed government collapses—an increasingly alarming humanitarian crisis has emerged. Since the end of May, the UN Refugee Agency reports nearly a quarter-million Afghanis have fled the country, with a reported 80% of those fleeing being women and children, signaling a heartbreaking disaster for the rights and well-being of women and girls under Taliban rule.

Prior to American intervention in Afghanistan, the Taliban ruled the country for five years between 1996 and 2001. During that time, the Taliban imposed harsh rules for everyone in all aspects of life, but especially for women who were not allowed to leave their homes without accompaniment from a male relative, go to school, work, or be seen in public without wearing full-body coverings. Zarmina Kakar, a 26-year-old Afghani women’s rights activist, recalled a time growing up under Taliban rule when her mother took her out for ice cream and was beaten for exposing her face. In the twenty years since the fall of the Taliban, women in Afghanistan have made incredible progress for freedom and autonomy. Many girls and young women in the country have grown up without the memory of a time under the restrictions of the past, and the return of Taliban rule means there is so much more to lose.

In the twenty years since the end of the Taliban’s first rule, the expansion of education for women and girls has been amongst the country’s greatest successes. Millions of girls were in school and tens of thousands of young women entered universities. Although gender inequality in education amongst Afghani children has remained an issue with literacy rates amongst adolescent girls only 37% compared to 66% of adolescent boys, the ability for some women and girls to receive an education at all, marks a huge difference in comparison to Taliban rule where girls were not allowed to go to school past puberty altogether. The Taliban has told the international community that they do not intend to shut down girls’ schools or prevent girls from receiving education. However, women in Afghanistan still fear a return to the days when girls and women were barred from education. Nasreen Sultani, the principal of a girls’ high school in Kabul, spoke to NBC about her fears about what the Taliban takeover will mean for her students: “I am very sad. When I see all these girls, I get really upset now.”

One young female student in Kabul penned an anonymous letter in The Guardian on her fears of a Taliban takeover, mentioning that when news spread of the Taliban’s insurgency into Kabul, she and her sisters were quick to hide diplomas, student IDs, and any trace of their education. Reports of Taliban intimation of educators and shuttering of girls’ schools have already begun spreading.  Without access to education, Afghanistan could be losing its next great generation of female leaders and visionaries, a loss that could have decades-long effects.

Women in the Workforce

While women were banned from working outside the home under the Taliban, women have since become active participants in the public life they were once banned entry from entirely. Afghanistan has had female judges, law enforcement officers, educators, doctors, and politicians. However, recent reports have emerged of Afghan women being told by Taliban fighters to leave their jobs. In July, Taliban fighters in the recently seized southern city of Kandahar reportedly walked into a bank and told all nine female bank workers to leave their jobs immediately and send male relatives in to replace them. On those workers, Noor Khatera, spoke to Reuters about the incident and the coming days of Taliban reign, “It’s really strange to not be allowed to get to work, but now this is what it is,” she said, “I taught myself English and even learned how to operate a computer.” There was also a report of a women’s rights activist shot and killed by Taliban forces on August 3rd for breaking rules (unspecified on what rules), a chill reminder of the stakes of the Taliban’s takeover of women’s lives.

The loss of women’s ability to work also means the loss of women’s political power in the country. During the twenty years after the end of Taliban control, the political rights of women saw major expansions: laws were passed that required at least 27% of the country’s parliament seats to be occupied by women and the 2004 constitution explicitly affirmed gender equality and the rights of all Afghan women. But as the Taliban take over again, women in positions of authority face not only removal from power but death at the hands of Taliban insurgents. In 2018, 27-year-old Zarifa Ghafari made history as Afghanistan’s first female mayor. Now, she says she is waiting for the Taliban to come and kill her. Reports have also emerged of the Taliban searching the homes of female members of parliament and confiscated their cars. 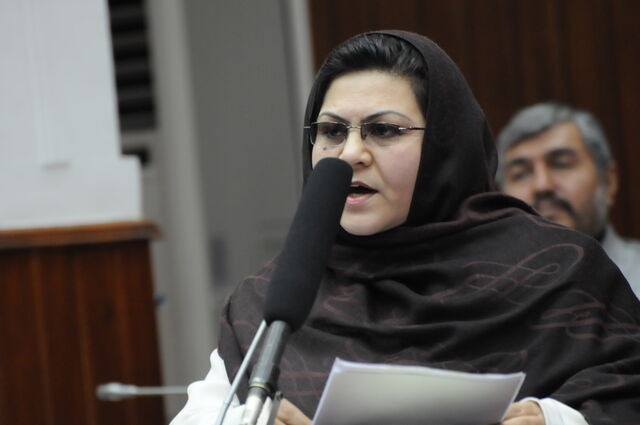 Between 1996 and 2001, the Taliban placed rules on not just women’s ability to work or participate in political and public life, but also on their daily freedoms. Women were not permitted to leave their home without the accompaniment of a male relative, a restriction on their freedom of movement that in turn affects all other freedoms. Women were also required to wear full-body coverings, also known as burkas, whenever they left their homes. A picture tweeted on Sunday shows images of women on storefronts being painted over as the Taliban bars the sight of the female image in public. The anonymous female student in Kabul spoke of the terrifying reality of being a woman in the Taliban’s Afghanistan in her letter in The Guardian,

“All I could see around me were fearful and scared faces of women and ugly faces of me who hate women, who do not like women to get educated, work and have freedom. Most devasting to me were the ones who looked happy and made fun of women. Instead of standing by our side, they stand with the Taliban and give them even more power.”

In 2009, Afghanistan made historical progress in curbing violence against women and girls in the country by passing the Elimination of Violence Against Women (EVAW). The law made 22 abusive acts criminal including rape, battery, forced marriage, preventing women from acquiring property, prohibiting women and girls from going to work and school, among others. It also increased funding for police units, prosecution offices, and special courts with female judges to handle cases of violence against women/girls. The passage of the law saw a rise in reporting and investigation of crimes of violence against women and girls. Although the implementation of the law was not perfect and women and girls in Afghanistan continued to face unchecked violence in their homes and streets, the Taliban take over threatens the important work done in curbing this violence.

The Taliban will only bring more violence and abuse to the lives of women and girls. Despite claims that they would never force women and girls into marriages with their fighters, there are already reports of local Taliban members collecting lists of eligible women between the ages of 15 to 45 for marriage with Taliban members. Forced marriages are equivalent to sexual slavery, and the rise of the Taliban means the rise of sexual slavery and abuse for Afghan women.

No one can guarantee what the future of Afghanistan will be for women and girls. But, for now, Afghan women and girls seem to be mourning what once was and what could quickly be lost:

“I feel we are like a bird who makes a nest for a living and spends all the time building it, but then suddenly and helplessly watches others destroy it,” Kakar, the 26-year-old women’s rights activist, told the AP, “Today again, I feel that if Taliban come to power, we will return back to the same dark days.”

Tags: Afghanistan , foreign policy , education , Taliban , women in Afghanistan , Taliban takeover.
Support Feminist Media!
During these troubling political times, independent feminist media is more vital than ever. If our bold, uncensored reporting on women’s issues is important to you, please consider making a donation of $5, $25, $50, or whatever you can afford, to protect and sustain BUST.com.
Thanks so much—we can’t spell BUST without U.