New York Governor Andrew Cuomo Resigns, but Not Without Putting His Foot in His Mouth, With Contradictory Statements and Non-Apologies 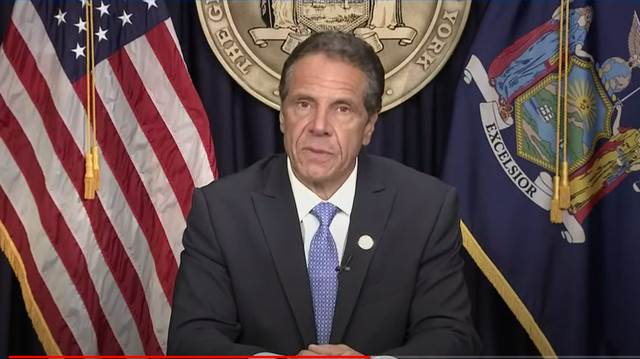 “I thought a hug and putting my arm around a staff person while taking a picture was friendly, but she found it to be too forward. I kissed a woman on the cheek at a wedding and thought I was being nice, but she felt that it was too aggressive. I have slipped and called people 'honey,' 'sweetheart' and 'darling.' I meant it to be endearing. But women found it dated and offensive. I said on national TV to a doctor wearing PPE and giving me a Covid nasal swab, 'you make that gown look good.' I was joking. Obviously, otherwise, I wouldn't have said it on national TV. But she found it disrespectful.”

Following the report’s release, the governor was under increasing pressure from members of his own party and other politicians in his state to step down. By resigning now he is likely avoiding what would be a lengthy and highly-publicized impeachment by the state legislature. Cuomo said that his “instinct” is to fight against the allegations against him but recognized that the media coverage would “consume government” and he would “never want to be unhelpful in any way”.

In two weeks, New York’s current lieutenant governor Kathy Hochul will step into the governorship when Cuomo leaves office. She will be New York’s first female governor after previously representing New York’s 26th congressional district in the House of Representatives and working in local government.

I agree with Governor Cuomo's decision to step down. It is the right thing to do and in the best interest of New Yorkers.

As someone who has served at all levels of government and is next in the line of succession, I am prepared to lead as New York State’s 57th Governor.

Whether or not Cuomo’s resignation will halt a possible impeachment is still an open question. According to reporting done by The New York Times, some state lawmakers remain in favor of proceeding with the impeachment process. If impeached, Cuomo would be prevented from ever holding state office again. In an interview with the Times, Assemblyman Ron Kim of Flushing, Queens advocated for continuing with Cuomo’s impeachment, saying, “It is our job to expose the truth and continue to hold him accountable. Otherwise, his abusive and toxic style of governance will continue on in places like Albany.”

Tags: New York Governor , New York Governor Andrew Cuomo Resigns. cuomo allegations , cuamo sexual harassment claims.
Support Feminist Media!
During these troubling political times, independent feminist media is more vital than ever. If our bold, uncensored reporting on women’s issues is important to you, please consider making a donation of $5, $25, $50, or whatever you can afford, to protect and sustain BUST.com.
Thanks so much—we can’t spell BUST without U.