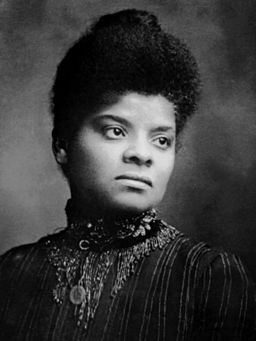 Nearly 130 years ago famed journalist and civil rights advocate Ida B. Wells was driven out of Memphis for reporting on the lynching of three Black men; a statue of the former resident will be unveiled in downtown Memphis, honoring the life and work of the journalist, activist, and teacher.

The statue will sit next to the First Baptist Beale Street Church where Wells’ newspaper had its offices. While the erection of the statue certainly serves as a celebration of Wells’ legacy as a journalist and activist, it does not celebrate the city’s role in her achievements: rather it acknowledges the cruelty, hatred, and violence that led her to leave Memphis 130 years ago.

Born to an enslaved family on July 16th, 1862 (six months prior to the Emancipation Proclamation) in Holly Springs, Mississippi, Ida B. Wells came to Memphis in 1882 at the age of 20 to live with their aunt following the death of her parents. She taught at two schools in the city before joining the newspaper, The Memphis Free Speech as a full-time journalist. In 1892 she reported on the death of her friend and his two business associates at the hands of a white lynching mob. Her writing caused a fierce backlash amongst the city’s white population, who later destroyed the newspaper’s office and threatened Wells’ life. Wells fled the city after, eventually traveling the world to speak against the lynching and violence against Black people happening in the American South.

With discussions about the continued existence of statues dedicated to Confederate heroes still happening around the country, we seem to spend more time thinking about who we shouldn’t honor and less about who we should. But with the unveiling of the Wells statue this Friday, Memphis will make a decisive choice about how to honor the city’s complicated civil rights history.

Honorary Chair of the statue’s campaign, Terry Lynch, acknowledged this approach to the city’s history, saying in promotional materials for the statue: “For some of us telling the story of Ida B. Wells and her departure from Memphis will sting. We don’t want to remember our violence and cruelty. But we need to recognize who we have been so we can become the city—and the people— we aspire to be.”

The unveiling of the statue, this Friday at 11 am (CDT) will be proceeded by a parade to the statue’s site. This follows the week-long activities around the city designed to honor and celebrate Ida B. Wells’ legacy as a journalist and her fight against racism in the US.