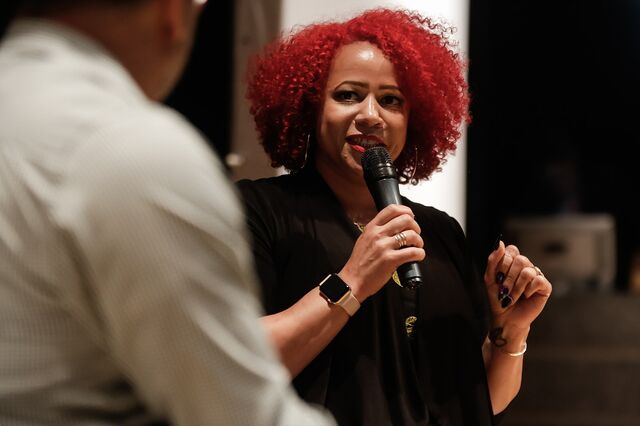 Nikole Hannah-Jones, the Pulitzer Prize-winning journalist of the New York Time’s 1619 Project, has declined the University of North Carolina-Chapel Hill Journalism School’s tenure offer after controversy over the latter's original decision to withhold it.

Hannah-Jones made the announcement to instead accept a faculty position at the historically Black, Howard University, on Tuesday’s “CBS This Morning” with Gayle King. Her decision comes after weeks of controversy over UNC’s April announcement that they would be offering Hannah-Jones the Knight Chair in Race and Investigative Journalism (a prestigious professorship in the journalism school dedicated to providing accomplished journalists entry into academia) but notably without tenure. The lack of tenure was considered a highly unusual move given that the appropriate school personnel backed Hannah-Jones during the school’s tenure review process and all previous recipients of the Knight Chair professorship have received tenure.

Some of the opposition to her tenure reportedly came from top donor Walter Hussman. Hussman has expressed opposition to the journalistic work of Hannah-Jones, in particular, her work on The Time’s highly-publicized 1619 Project which, is dedicated to highlighting the continued legacy of chattel slavery in the United States.

In her CBS interview with King, Hannah-Jones stated she felt “political opposition” was at the root of her tenure denial—specifically conservative opposition to the 1619 Project. It is also believed her race played a factor, as Hannah-Jones would have been the first Black Knight Chair at UNC’s Hussman School of Media and Journalism.

UNC’s original decision to deny the journalist tenure was met with national backlash and campus protest. Faculty and staff of the journalism school responded by saying in an online post, “The appalling treatment of one of our nation’s most-decorated journalists by her own alma mater was humiliating, inappropriate and unjust. We will be frank. It was racist.”

After the backlash, the university went back on its original decision, granting Hannah-Jones tenure last week. However, for Hannah-Jones the offer from her alma mater, was too little, too late. She has instead accepted a position as the inaugural Knight Chair of Race and Journalism at Howard University, allowing her to found the school’s new Center for Journalism and Democracy.

Speaking to King about her decision to turn down UNC’s new offer, “It’s not my job to heal the University of North Carolina. That’s the job of the people in power who created this situation in the first place.” On the reason she decided to make the move to Howard University, she followed up, “I’ve spent my entire life proving that I belong in elite white spaces that were not built for Black people...This is not my fight.”