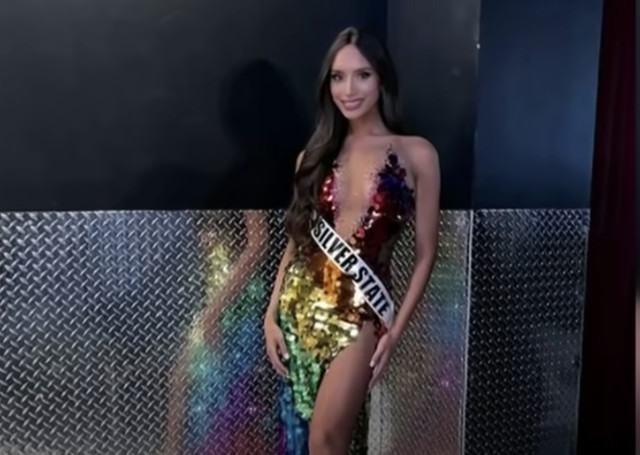 On June 27th, 28-year-old Kataluna Enriquez made LGBTQ and pageant history. Ending Pride Month with a bang, the Filipina-American became the first transgender women crowned Miss Nevada. Not only does this mark the first time a trans-woman has held the title, but Enriquez will also be the first openly transgender contestant to compete in the Miss USA pageant.

Acknowledging the significance of her win in an Instagram post, she wrote “My community, you are always in my heart. My win is our win. We just made history. Happy pride.”

According to the Washington Post, Enriquez began competing in 2015, four years after her medical transition. Struggling to find gowns that fit her body, she began designing her own, leading to the creation of her own line, Kataluna Kouture. On June 27th, she wore one of these personal designs: a gown covered in rainbow sequins, in honor of Pride. In addition to being a designer, Enriquez also works as a healthcare administrator.

Citing her own struggles with mental health as a result of the bullying and discrimination she faced growing up, she is a strong advocate for mental health, in addition to trans awareness, and her platform is centered around both of those issues.

Speaking to NPR, Enriquez said, “I had a purpose and I had a dream. I wanted to compete on the Miss USA stage. When I was young, I always wanted to see someone on the Miss USA Stage -- someone like me. And it just happened to be that I was the person I needed to make history.”

The Miss USA competition will be held on November 29th at the River Spirit Casino in Tulsa. If Enriquez wins, she will go on to compete in the Miss Universe pageant, where she would be the second openly transgender contestant. Angela Ponce, Miss Spain, became the first transgender competitor in 2018.

Paperboy Prince Is Changing The Face Of New York Politics