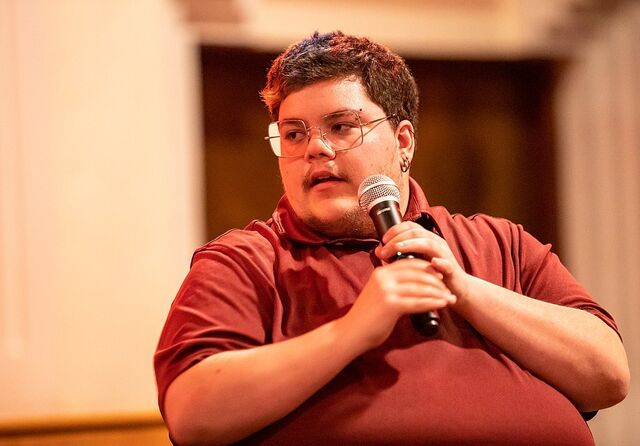 In a win for trans rights, the Supreme Court has declined to take up the case of Gavin Grimm, a transgender person who sued his Virginia school district for not allowing him to use the men's restroom.

In declining to take up the case on Monday, the Supreme Court leaves the lower court’s ruling in Grimm’s favor intact, allowing him and other trans students to use the bathroom of the gender they identify with.

Grimm, represented by the ACLU, originally went to court in 2015 when—after the school principal originally allowed him to use the bathroom corresponding to his gender identity—the Gloucester County school board instituted a policy in which restrooms are “limited to the corresponding biological genders.”

Under this new policy, Grimm was mandated to use either a private bathroom or the women's restroom.

In April 2016, the U.S. Court of Appeals for the Fourth Circuit ruled in Grimm’s favor, stating that the school board’s policy violated Title IX, a federal law prohibiting sex-based discrimination in education. In August that same year, the Supreme Court, in one of the greatest over-reactions of our time, granted an emergency stay to stop Grimm from using the boys’ restroom. Then in October, the court decided to take up the case but then vacated it in March of 2017, after the Trump administration changed the federal government’s stance on transgender rights. It returned to the Supreme Court this year, where the justices declined to hear the school board’s appeal.

Justices Clarence Thomas and Samuel Alito stated they believed the case should have been taken up by the court (because, of course they did).

Grimm spoke of his relief in the court’s decision not to hear the case: “I am glad that my years long fight to have my school see me for who I am is over. Being forced to use the nurse’s room, a private bathroom and the girls’ room was humiliating for me, and having to go to out-of-the-way bathrooms severely interfered with my education. Trans youth deserve to use the bathroom in peace without being humiliated and stigmatized by their own school boards and elected officials.”

The court’s annual term is almost over, but with laws infringing on trans youths’ rights to participate in sports and receive healthcare, expect to see more cases like this in the future.

Tags: Gavin Grimm , The Supreme Court , trans , transgender , LGBTQ+ , ACLU , trans youth , bathroom policies , trans rights
Support Feminist Media!
During these troubling political times, independent feminist media is more vital than ever. If our bold, uncensored reporting on women’s issues is important to you, please consider making a donation of $5, $25, $50, or whatever you can afford, to protect and sustain BUST.com.
Thanks so much—we can’t spell BUST without U.