Britney Spears Calls For An End To Her Conservatorship, Says She Isn't Allowed To Marry And Have Kids 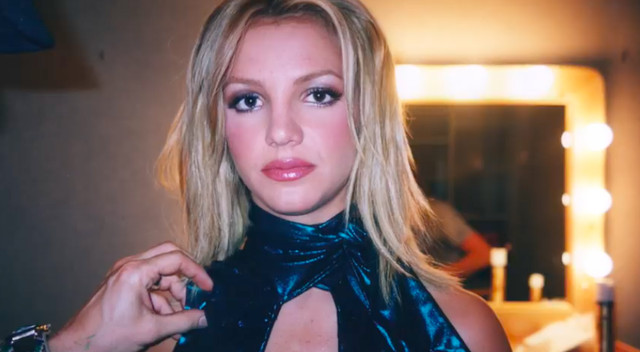 In case there's any question, #FreeBritney.

If you don’t know by now, Jamie Spears is the worst dad ever. Father to the [no introductory adjective will do justice] Britney Spears, his position as her relative feels like a misnomer. What is the familial term for “enabler of egregious injustice to one’s own daughter?”

The pop star is currently in a conservatorship that is managed by a team of doctors, agents, lawyers, and other bad people. All of the decisions made by the team are approved by Jamie Spears. Britney Spears has spoken out multiple times, trying to call attention to the injustice of her situation, including being forced into tours, therapy, and contracts with people she doesn’t know; everything is paid for with her own money.

“I don’t think I was heard on any level when I came back to court the last time,” Spears said at the beginning of her statement.

The conservatorship is supposed to be there to help people who are susceptible to being scammed into spending their money irresponsibly, like someone who has a lot of health issues or a disability, such as an older person with dementia. According to Britney and the “Framing Britney Spears” episode of the The New York Times Presents, she is not one of those people.

At her court hearing, Britney revealed the truth about her conservatorship, admitting she had been lying in the past when she said she was OK. Though she sees many doctors as per requirement of her conservators, she still feels depressed.

“I’m not lying,” Spears said. “I just want my life back. And it’s been 13 years, and it’s enough.” Some of the stories she shared at her hearing are quite jarring.

“I wanted to get my IUD taken out so I could have a baby,” Spears told the judge. “But this so-called ‘team’ won’t let me go to the doctor to take it out because they don’t want me to have children.”

Britney made a list of requests to the judge at the hearing, one being having the freedom to get married and have a baby. She said she felt like the conservatorship had gone too far and was abusive. Her “team” doesn’t allow autonomy over her own body. It’s like opposite Texas. She’s being forced into birth control that she does not want.

This is the crossover of disabled people’s and women’s rights. Needing a therapist shouldn’t be a large enough handicap to put someone in a conservatorship. If that were the case, we’d all be in one. A tenet of feminism and the fight for women’s rights is power over our own bodies. That includes having a baby when we want to have a baby. In both of these instances, bodily autonomy is stripped of the victim.

On the topic of doing something to one’s body that they don’t want to do, Britney Spears stated that after she said “no” to a dance move during rehearsals, her doctor changed her meds immediately from a prescription she said she was on for five years to lithium. “I felt drunk,” Spears said. The doctor allegedly had six nurses watching over her while she was on a drug she didn’t want to be on. She said she repeatedly begged her parents to step in, but they wouldn’t. She also noted that the change had to be approved by her father, which just made matters worse.

In any other setting, saying “no” to a dance move would be considered a creative difference, not a mental breakdown. It seems as though any sign the bonds of submission and conformity were weakening, Britney’s team retaliated. At one point, according to Britney, the team had asked her if she wanted to continue with her tour in 2018, saying it would be acceptable if she said she didn’t want to continue. When she said she wanted to stop, the team threatened to sue her.

“I don’t like feeling like I have to work for the people for whom I pay,” she said.

After refusing to do the tour, she was forced into a rehab facility for four months. She said that she was threatened into attending every single session and meeting, regardless of the facility’s policy that the programs were optional. She asked why she was forced to do work she didn’t want to do when the other patients rarely attended their own program. She also revealed that security guards and nurses were always in her room, watching her even as she changed.

“They saw me naked,” she said.

At the end of her statement, Spears made a list of demands. She wants to go to therapy once a week, instead of having two appointments a week with an additional psychiatrist appointment each week. She also wants the setting to change from her “exposed” doctor’s office, where paparazzi can take pictures of her, to the privacy of her own home. She also wants to be able to have the freedom to get married and have kids.

“All I want is for this to end, to own my money, and for my boyfriend to drive me in his fucking car,” Spears said.

“I’ve told the whole world that I’m OK and I’m happy,” she said in court. “It’s a lie. I thought if maybe I said that enough, I might just become happy. I’ve been in denial. I’ve been in shock. Now I’m telling you the truth.”

Britney wants out and to be able to lead her life normally. She compared herself to Miley Cyrus and questioned why Cyrus is able to smoke weed on stage but Spears isn’t allowed to take a vacation. She also feels the same way about her dad as we all do. She knows he sucks. She even said he should go to jail.

“My dad and anyone who played a role in this conservatorship, and my management who played a huge role in punishing me when I said ‘no,’ ma’am, they should be in jail.”