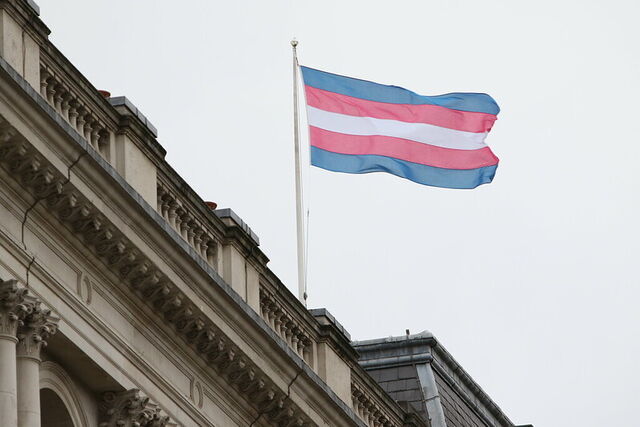 New York lawmakers passed a bill that would make it easier for trans people to change their legal gender. This includes changing their name on legal documents, such as a birth certificate and driver's license.

The Gender Recognition Act (GRA) repealed the requirement that trans people had to put their name in the newspaper. In addition, 'X’ has been added to driver's licenses as an option for gender, removing the requirement that a medical provider “prove” a trans person’s gender, them reported.

A trans person seeking to change their name legally doesn’t need to have gender confirming surgery. (Before, the applicant needed proof of having surgery.) Now, the state will issue a new birth certificate if the applicant provides an affidavit from a medical professional.

The bill was introduced by State Senator Brad Holyman (D-27th District) and Assemblyman Daniel O’Donnell (D-69th District), who are both openly gay.

“Today, it remains incredibly hard for many New Yorkers to get the identification documents they require for travel, to get a job, and even to go to school,” Holyman said. “This bill will change that.”

Having documents that don’t align with one's gender identity can have detrimental effects, including employment discrimination and harassment. According to the U.S. Transgender Survey, "a quarter of respondents were verbally harassed as a result of showing an ID that didn’t correspond to their gender presentation, and 16% were denied services," them reported.

"This is tremendous news for transgender people across the country who were born in New York State," Michael Silverman, executive director of the Transgender Legal Defense and Education Fund (TLDEF), said in a statement. "A birth certificate is a fundamental form of identification. This will ensure that transgender people can obtain accurate birth certificates that reflect who they are,” Buzzfeed reported.

New York now joins Oregon, Vermont, California, and Washington, D.C., who have implemented similar laws. The new policy doesn’t affect those who were born in New York City. According to Buzzfeed, the TLDEF has a lawsuit pending against the city and its Department of Health and Mental Hygiene to end its requirement on surgery for gender marker changes.

Tags: New York , The Gender Recognition Act , Brad Holyman , Daniel O’Donnell , gender , trans rights , LGBTQ rights
Support Feminist Media!
During these troubling political times, independent feminist media is more vital than ever. If our bold, uncensored reporting on women’s issues is important to you, please consider making a donation of $5, $25, $50, or whatever you can afford, to protect and sustain BUST.com.
Thanks so much—we can’t spell BUST without U.