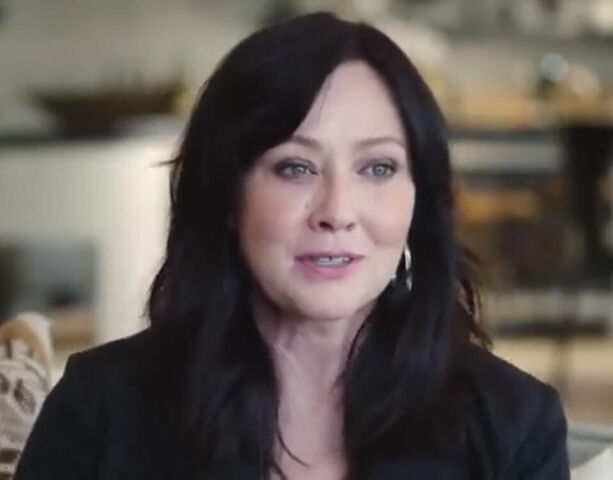 Former Beverly Hills, 90210 actress Shannen Doherty turned to social media to speak out about Hollywood’s strict beauty standards, and to share her thoughts on embracing her natural beauty.

She posted a bare-faced selfie to Instagram on Tuesday. In her caption, Doherty wrote that she was "watching movies and noticing that there were 'few female characters' she could relate to.”

"You know, women without fillers, without Botox, without a facelift. Women who embraced their face and all the experience it showed," she wrote in her caption. ''I have lived. I love that I’ve lived and that my face reflects my life. I survived a lot, yes cancer, but more than that. I embrace me now. Finally. Done with the perception magazines and Hollywood try to make us in to. I want to see women like me. Women like us."

Not long after her post, fans flooded Doherty’s comments and DMs, expressing support for her caption. "Yes!!! Shannen!! Well said! You’re one of the realists!! Do you! Embrace authenticity and originality and be natural. we love you!" one fan wrote. "You're amazing. perfect words," someone else said, Good Housekeeping reported.

“Aging is a privilege afforded to few. You wear your journey beautifully,” another follower added. Even Doherty’s celebrity friends jumped on board to show support.

"Just thinking of the time I fixed my face. Hahahah. I got the same adult face as you. Hard to sit in my hands. Haha. Love you beautiful," Selma Blair wrote. Handmaid's Tale director Reed Morano added: "You are beautiful and I love this."

This isn’t the first time Doherty has been candid. She opened up about her diagnosis with breast cancer back in 2015. Despite the cancer being in remission in 2017, last year, the actress revealed the cancer returned and had progressed to stage 4. Due to her illness, Doherty has struggled to accept herself, but she is slowly learning to love who she is.

“I’m trying to figure out how to accept who I am now,” she told People in 2019. “I’m never going to be the size I used to be. Some of my meds that I’m on keep zapping the collagen out of me, so I’m never going to have a wrinkle-free face. I’m critical of myself. But there are some things you can’t fight. I’m trying to be kinder to myself. And I try to live each day as an amazing, precious gift that I’ve been given.”

Kate Winslet Refuses To Hide Her Body In Mare Of Easttown