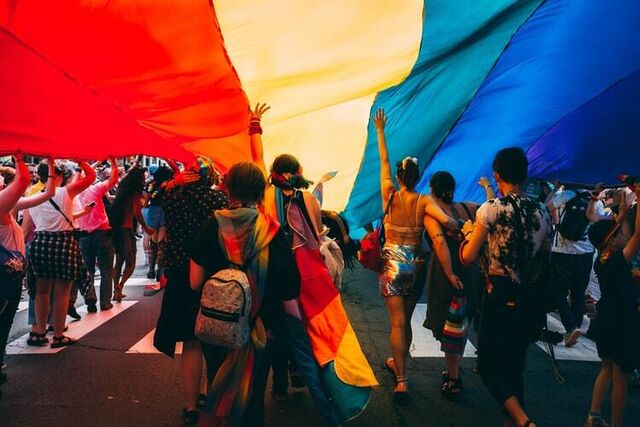 On Monday, a judge in India ruled in favor of a lesbian couple, calling for greater protection and resources for the country's LGBTQ+ community.

The couple, S. Sushma and U. Seema Agarval, fled from their hometown to escape their parents' disapproval. After their parents filed a "missing person" report, the couple claimed they were subjected to invasive questioning and harassment from the police.

Judge Ananad Venkatesh of the Madras High Court sided with the couple after they asserted that the police subjected them to harassment during questioning. This incident brought to the judge's attention the many issues LGBTQ+ people face. Judge Venkatesh called for the elimination of discrimination of the LGBTQ community, thus issuing a call to state and federal departments to report back with steps they intend to take to comply, NBC reported.

“I realized, after a one-on-one interaction with the Petitioners, that it was I... who has to set off on a journey of understanding them and accepting them and shed our notions, and not they who have to turn themselves inside out to suit our notions of social morality and tradition,” Venkatesh wrote.

Some of the recommendations include harassment and awareness training for police officers to ensure respect to LGBTQ+ rights. Any medical professionals who claim to have the “cure for homosexuality" should have their licenses revoked. Schools and colleges should have gender-neutral bathrooms for transgender or non-conforming people. He also stated that they should be housed separately in prison to prevent sexual harassment.

"Ignorance is no justification for normalizing any form of discrimination," Venkatesh wrote in his order. Educators should reach out to parents to help "sensitize parents on issues of LGBTQIA+ community and gender non-conforming students, to ensure supportive families," the order read.

In reaching his ruling, the judge said he had sought information on same-sex relationships from a psychologist. The judge described himself as not "fully woke" and said he belonged to the majority in India, who are "yet to comprehend homosexuality completely," NBC wrote.

Many activists have praised this ruling and call for action. Although the court itself could not impose such widespread change with a single ruling, government departments will now have to "report back on the steps they plan to take to comply, and the arguments raised by the judge could serve as precedent for future cases," Reuters reported.

“This is the first major order that addresses most challenges concerning the whole LGBTQIA+ community and issues specific directions,” said L. Ramakrishnan, vice-president at SAATHII, a public health advocacy group, to CNN. “I am hopeful of change given the judge has indicated he would follow up on the directions on a regular basis.”