“Gender Equitable” French Cities Are Mapping Out Budgets With a New Lens. Why Isn’t the US? 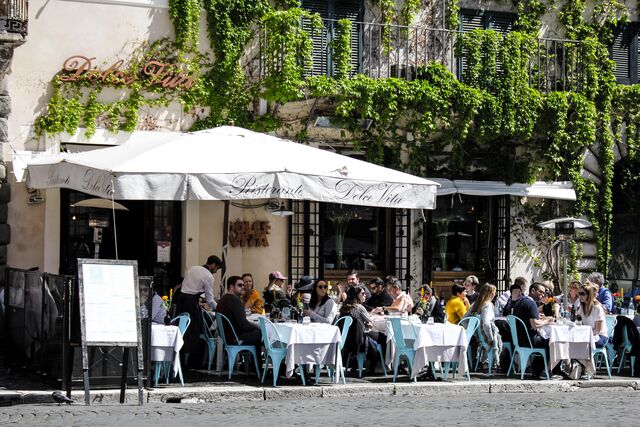 Lyon, a city in France with over 500,000 people, is rolling out changes to its budget to create more equity in its urban planning specifically in the category of gender reform, according to Bloomberg. A committee is being put together to look at three different categories of the city’s budget: gender-neutral amenities of the city, areas where “gender budgeting” is already implemented, and areas for improvement.

What is Gender Budgeting?

Lyon is not the first to implement these reforms. Gender budgeting is a tool that cities have been using to promote gender equality, but the progressive changes in Lyon make it sound like it’s a new idea. Australia started doing this in 1984, the UN recommended that member nations make these changes in 1995, and San Francisco passed a gender-sensitive budgeting ordinance in 1998.

According to the Council of Europe, gender budgeting is “a gender-based assessment of budgets, incorporating a gender perspective at all levels..and restructuring revenues and expenditures to promote gender equality.” Basically, a committee sits down and analyzes how spending in different areas of a city benefits men and women differently. If there is an imbalance, the committee finds a solution to correct it.

France, a member of the Council of Europe, has seen many of its smaller municipalities, including Grenoble, Rennes, Bordeaux, and Brest, implementing more focused changes in their cities’ budgets. Paris is considering making similar changes. At schools in Rennes, playgrounds are being rearranged so that spaces used by both boy and girl students dominate the area, rather than a soccer pitch, which the town says is used more by boys. In Brest, buses have a new “stop on demand” feature that is available at night. This allows women to get off the bus as close to their destination as possible.

Most of this change comes from implementing more gender-disaggregated data, data that is collected separately between men and women. The results of the research are not bundled from the two demographics into one statistic.

The Organization for Economic Co-operation and Development (OECD), an intergovernmental organization made up of 38 countries to promote the global economy and trade, has a less ambitious definition than the Council of Europe’s. It defines gender budgeting as “integrating a clear gender perspective within the overall context of the budget process, through the use of special processes and analytical tools, with a view to promoting gender-responsive policies.”

In the context of this definition, a committee sits down and looks at urban planning and budgeting through a gender lens. If insight is gained during this process, it might be used to influence future policy.

The United States Lags Behind

What does gender budgeting look like in the United States, a founding member of the OECD? It doesn’t. The method is not used commonly in this country. Studies that look at how gender budgeting is applied in the western hemisphere leave the U.S. out because there isn’t enough data, and any data that does exist is at a subnational level. These areas are San Francisco and Fulton County, GA.

In 2019, the Department of the Status of Women in San Francisco completed a gender analysis report on its police department to determine the current state of pathways to promotion for women. Its recommendations included establishing support and guidance for female officers, increasing diversity in assignments and units, attracting diverse candidates with new recruitment strategies, implementing and expanding transparency and communication in the hiring process and promotions, encouraging equity in professional development and training, reviewing bias in performance reviews and commendations, and addressing specific needs of women in accommodation policies.

In the report, the department came up with specific ways to meet these non-financial recommendations like having female recruits meet sworn female officers, assessing certain departments that are disproportionately more female and finding out if stereotyping and discrimination led to that result, examining different exams and tests for bias, implicit bias in commendations, and disparity in personal leave between male and female personnel, complying with city ordinances on lactation facilities, adding sworn women in the decision making process for new equipment, and reinforce training on holding staff accountable on sexual harassment reports.

These reforms follow the OECD definition more than they follow the Council of Europe’s but are still progressive changes for women in police departments. Fulton County, which is the county Atlanta is in, comprised two task forces of senior administration officials to carry out its gender initiative countywide. A full report is available on the county’s website.

Some of the arguments against gender budgeting include a lack of data on the effects of this kind of reform at a macroeconomic level. Not enough countries have implemented a gender lens to their budgeting in order for other places to examine what gender budgeting looks like there.

The concern is that, yes, this reform promotes equity, but does it promote efficiency? Will the economy be efficient in the same way after these changes are made? Experts say the question should be whether traditional efficiency is really that efficient if it does not accomplish gender equity when gender equity is the goal.

Another problem with instating gender budgeting is the cost. Montreuil, a Parisian suburb implementing these changes, started an initiative to make similar changes to its parks like the ones made in Rennes. Only three out of its 54 playgrounds made changes in line with the suburb’s initiatives because each project would cost more than 100,000 euros.

According to Bloomberg, if not done correctly, gender budgeting could reinforce harmful stereotypes. Who’s to say that girls don’t also use soccer fields at a playground?

The final issue is that there is no mention of how implementing gender budgeting affects people who identify as non-binary. Equity is for all. Conversations about promoting equity economically should include all people and not restrict analysis to the gender binary. Non-binary people and trans people exist regardless of the politics of a town and should have their safety issues heard and considered.

France’s towns argue that equity is at the center of their projects. Making spending changes, to them, will in the end make things better in general. As seen in San Francisco, economic changes are not the only way to make a more equitable future, but it’s a start.