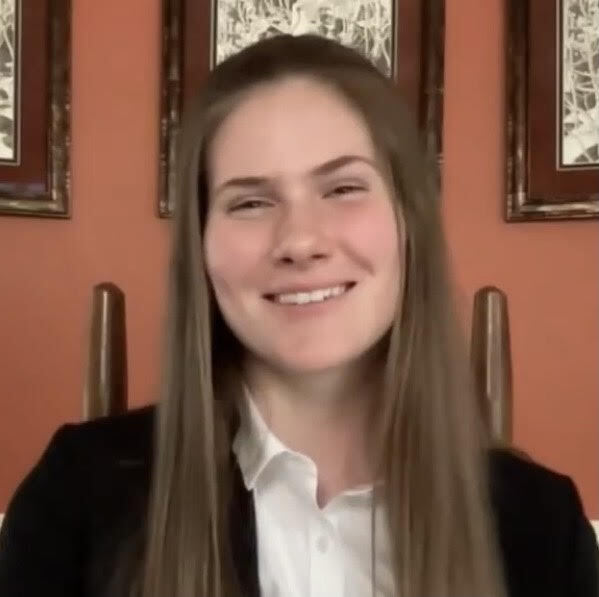 Lake Highland High School’s valedictorian, Paxon Smith, deviated from her original speech to slam the new Texas “Heartbeat Bill” during her commencement speech. Smith wanted her voice to be heard and to shed light on current issues women are facing.

Last month, Gov. Greg Abbott signed into law the Texas heartbeat bill that prevents women from getting an abortion after a fetal heartbeat is detected, which can be as early as six weeks into the pregnancy. The bill takes effect on September 1 and bans all abortions after this marker even if the fetus is conceived out of rape or incest and  In addition, people can sue the patient and a doctor who performs an abortion. "The claimant can earn up to $10,000 if they win the case," the bill reads. The doctor and patient can face jail time if they’re proven guilty.

“Before they have a chance to decide if they are emotionally, physically and financially stable enough to carry out a full-term pregnancy, before they have the chance to decide if they can take on the responsibility of bringing another human being into the world, that decision is made for them by a stranger,” Smith said, according to a video of the speech published by Dallas TV station WFAA.

“I have dreams, hopes and ambitions,” Smith said during her speech. “Every girl here does. We have spent our whole lives working towards our futures, and without our consent or input, our control over our futures has been stripped away from us.”

Smith’s speech went viral, and a large number of people have viewed it on social media, including comedian Sarah Silverman and Democratic presidential nominee Hillary Clinton.

This took guts. Thank you for not staying silent, Paxton. https://t.co/DlwEgmMRGN

“I am terrified that if my contraceptives fail me, that if I’m raped, then my hopes and efforts and dreams for myself will no longer be relevant,” she added. “I hope you can feel how gut-wrenching it is, how dehumanizing it is, to have the autonomy over your own body taken from you.”