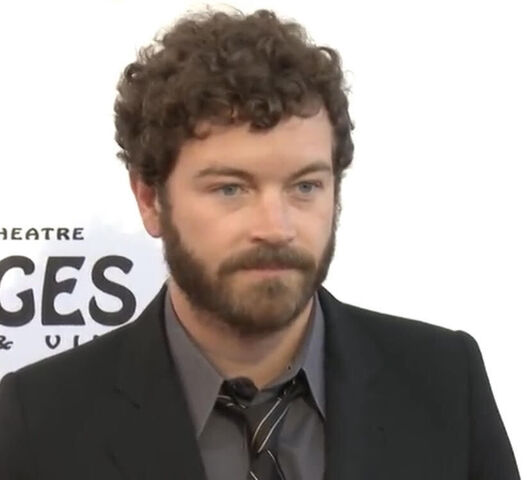 That 70s Show actor Danny Masterson is on trial for three rape charges.

After three days of tearful testimonies from the three women, the actor faces up to 45 years in prison if convicted, and remains free on a $3.3 million bond. Los Angeles Superior Court Judge Charlaine F. Olmedo found the women’s testimonies to be credible and asked Masterson to surrender his passport, CBS reported.

The alleged rapes occurred between 2001 to 2003. All three women are former Scientologists, alleging that the church silenced them from reporting Masterson, claiming it was a “high crime” in the eyes of the Church to report him, Page Six wrote. As a prominent member of the Church of Scientology, Masterson's abuse was often swept under the rug.

Jen B. testified that she and Masterson were part of the same group of friends who were all tied to the Church of Scientology in the late 1990s and early 2000s, and that she had gone to Masterson’s house to pick up a set of keys on April 25, 2003, and got stuck there, The Huffington Post reported.

Masterson gave Jen a glass of vodka, upon her request. Within twenty minutes, she felt dizzy, queasy, her vision became blurry, and she had no strength to resist Masterson throwing her into the jacuzzi, ABC News reported. Jen B. claimed she was so weak that a mutual friend of hers and Masterson's named Luke Watson tried to help her.

“I couldn’t walk or stand, so he put me on the tile on the ground,” she said as she cried, but maintained her composure throughout her testimony. “I said, ‘Luke, I can’t see,’ and he said, ‘Open your eyes,’ and I didn’t know my eyes were closed. I couldn’t open my eyelids. I felt really, really sick."

She alleged that Masterson carried her upstairs into his bedroom and told her she needed to vomit. After Jen puked on her own hair, Masterson proceeded to put her in the shower. While Jen was in the shower, she felt herself drifting in and out of consciousness. She awoke to Masterson “soaping up her bare breasts” and attempted to push him off, but was unsuccessful due to feeling weak. She then recalls flashes of memories of Masterson raping her and her pulling his hair and hitting him with a pillow to push him off, but to no avail. She says Masterson took out a gun from his nightstand and pointed it at her.

Masterson's abuse didn’t stop with Jen B. Allegedly, Masterson’s former girlfriend of six years, Christina B., claimed she was sexually abused at the hands of the actor.  The two met when she was an aspiring model at the age of eighteen. From there, they would go on to have a six-year, live-in relationship, ABC 10 News reported. The young model thought Masterson was “wonderful” and “deeply charming” and fell deeply in love with him.

However, the honeymoon phase was short lived, and over time, Masterson became “very aggressive sexually.” Often, Christina says she would wake up to Masterson raping her. Masterson allegedly never apologized for his behavior and didn’t exhibit any remorse. She says he would spit on her often and called her “white trash.” Over the course of the relationship, Christina claimed she would take the blame for the problems in their relationship and would be the one always apologizing to him.

“He has these rules, ‘no touch hair rule,’ ‘no touch face rule.’ He had this thing about his hair, so I knew if I pulled it really, really hard, he would get off me,” Page Six reported. “But what he did was he hit me.”

She reported the incident to the ethics officals in the Church, who told her the rape had never happened; as a result, she didn’t report it to the police.

A third victim named N. Trout came forward and alleged that she set conditions and boundaries to Masterson, only to have them violated and to be treated “like a rag doll.” The night of the alleged sexual abuse took place in 2003 when Trout was texting Masterson while she was having drinks with friends, demanding she come over to his house, the Associated Press reported.

Trout agreed to come over, claiming she set conditions and boundaries, for instance, not wearing a swimsuit or getting into the pool. She had a couple of drinks to calm her nerves before arriving at Masterson’s house and had a glass of wine that he offered her. They walked to the backyard to the jacuzzi, where he demanded for Trout to take off her clothes or “he would do it for her.” She obeyed Masterson’s command because she didn’t “want violence to occur.”

Shortly after a heated makeout session, Masterson demanded “like a drill sergeant” for Trout to take a shower. While in the shower, Masterson joined her, and they were kissing when she says he forced himself inside her.

“All of a sudden, he put his penis inside me and I yelled, 'Danny, what are you doing?' I told him to get out. I had told him earlier that I did not want to have sex with him,” The Daily Mail reported.

Masterson allegedly stopped but carried her to the bed where they made out. All of a sudden, he flipped her over and started to "pound her from behind like a jackhammer." "He penetrated my vagina from behind. It hurt,” Trout said. "I said, 'Danny, what are you doing? You don’t have a condom on. If you’re going to do it, at least put a condom on.' I started to vomit in my mouth. I get ravaged, like a rag doll. It was very rough sex. I was not in charge of all my faculties. I was spent.” She said Masterson ejaculated on her stomach, then, "trying to act like a gentleman," wiped it off with a wet towel, The Daily Mail reported.

Due to fear from the Church and Danny’s celebrity status, Trout kept her trauma a secret. Apparently, a person can get into big trouble if they report another member in the Church of Scientology.

All of the women feared reporting Masterson due to retaliation and being isolated from friends and family. Christina B. told the judge that if she violated these rules, the Church would “absolutely destroy her.”

In addition to the rape allegations, Masterson is facing a civil lawsuit which alleges that the Church of Scientology stalked and harassed his accusers in retaliation for going to the police, Variety reported. Masterson and the Church deny these claims. The actor has pleaded not guilty, but is being held on a $3.3 million bond. His appearances on the Netflix show The Ranch have been removed.