Paperboy Prince is Changing the Face of New York Politics 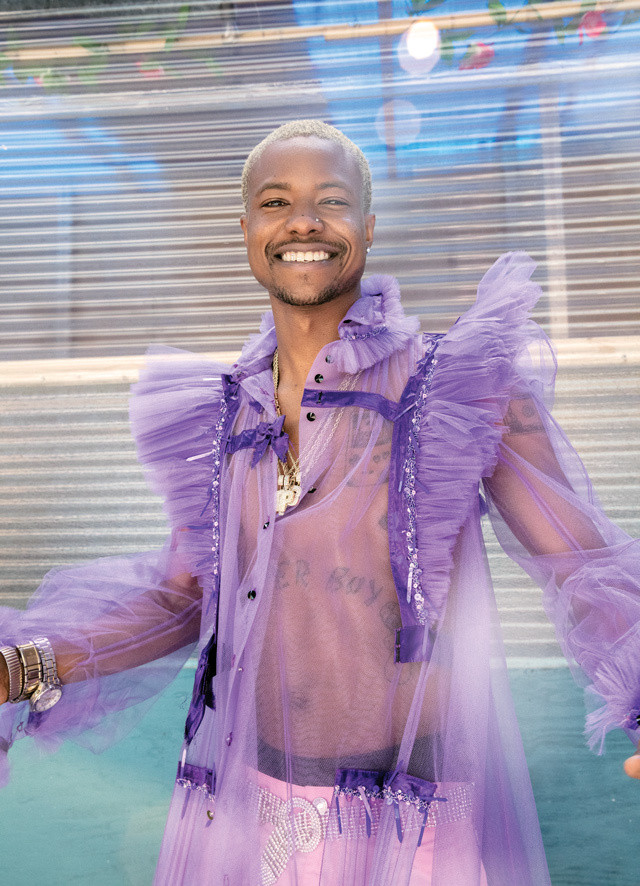 Artist, rapper, activist, street performer, and New York City mayoral candidate Paperboy Prince is out to change the world. Employing eye-catching fashions and theatrical flair to draw attention to their platform—Medicare for all, abolishing police, cancelling rent, legalizing psychedelics—the nonbinary rapper (who uses the pronouns they/them and God/Goddess) is laser focused on getting young people into politics. “I am so fun and playful and crazy because my political messaging and the things that I’m fighting for aren’t gonna taste good to people who are normal,” says Prince. “I’m coming with a very radical view.” 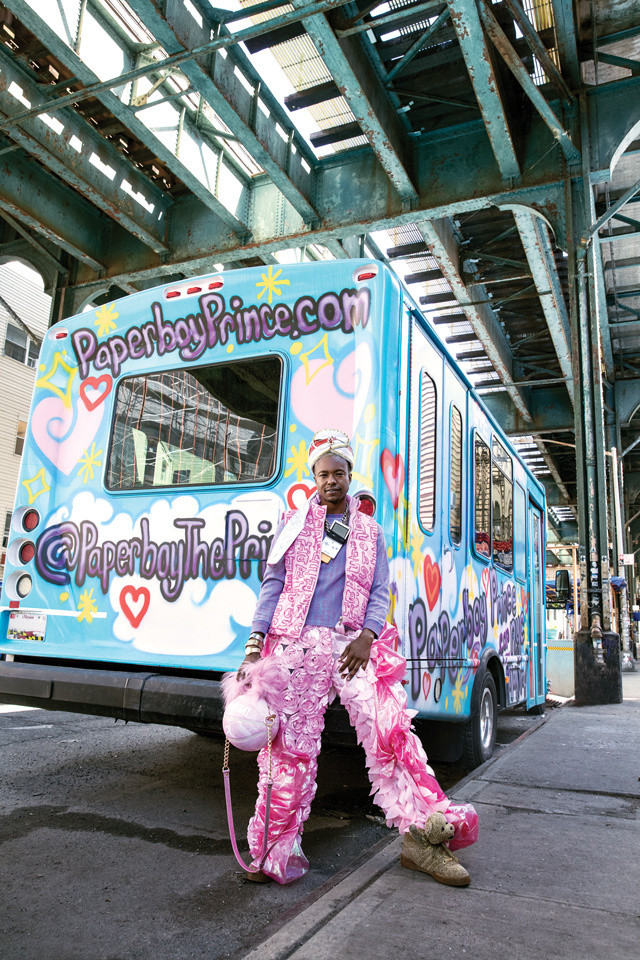 When they aren’t dancing on Insta (@paperboytheprince) for their 40K followers or running their free food distribution program ($2 million in food donations made so far), Prince can be found hanging out in their Love Gallery, a Brooklyn space that serves as an art gallery/vintage clothing shop/community resource center/campaign headquarters.

“It’s our time!” Prince sings out when asked about their goal of becoming the youngest mayor in N.Y.C. history at age 28. “The more that we say it’s our time, the more we step into our destiny. It’s a manifestation of what we can accomplish. It’s a rallying cry.”

They are also very aware of how campaigning as a nonbinary person is an important step towards diversifying the Big Apple’s political scene. “I heavily identify with the trans community,” Prince says. “There’s so much importance in being a woman, in being a man, in being nonbinary. God is the embodiment of all of those essences and beyond. For me, it’s really appreciating all of God’s creations, and really appreciating the best in everyone.” 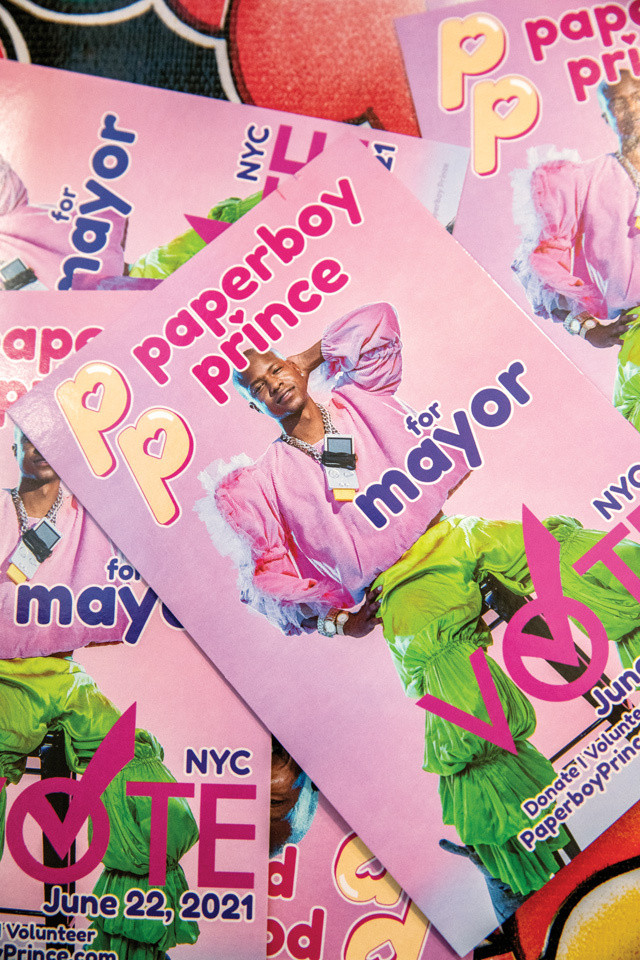 Growing up in Washington, D.C., their pastor parents took them to protests, they watched the work of Black filmmakers from the civil-rights era, and they volunteered in prisons. “What can we do beforehand to make sure that people don’t end up here [in prisons]?” Prince muses. Their approach is to attack the issue with activist energy and fearless positivity. “We threw a protest and took over one of the biggest bridges in the country, here in New York,” says Prince proudly, referring to the Black Lives Matter uprising that shut down the George Washington Bridge in September 2020. “When we’re faced with death threats, with cops, we’re not scared, because we’re operating in love and love wins. Love wins!”

And while many citizens don’t have the time or inclination to read up on governmental issues, Prince likes to coax fans into civic engagement by imbuing their songs with political talking—or in this case, rapping—points. “I have released some songs that push some of my core policies,” explains Prince, “like ‘Gotta Do the Math,’ which is about universal basic income.”

It takes hard work to make change, but Prince is determined to have fun with it. “This is the world that we’re gonna have to live in,” says Prince, “so let’s make something of it. Let’s be intentional.” –Phoenix Leigh

Demi Lovato Comes Out As Non-Binary: "This Has Come After A Lot Of Healing And Self-Reflective Work

Tags: paperboy prince , Politics , Mayor , political campaign , New York City , Washington D.C. , non-binary , trans , activism , Black Lives Matter
Support Feminist Media!
During these troubling political times, independent feminist media is more vital than ever. If our bold, uncensored reporting on women’s issues is important to you, please consider making a donation of $5, $25, $50, or whatever you can afford, to protect and sustain BUST.com.
Thanks so much—we can’t spell BUST without U.