Details
BY Sydney Jackson
IN Feminism
Published: 27 May 2021 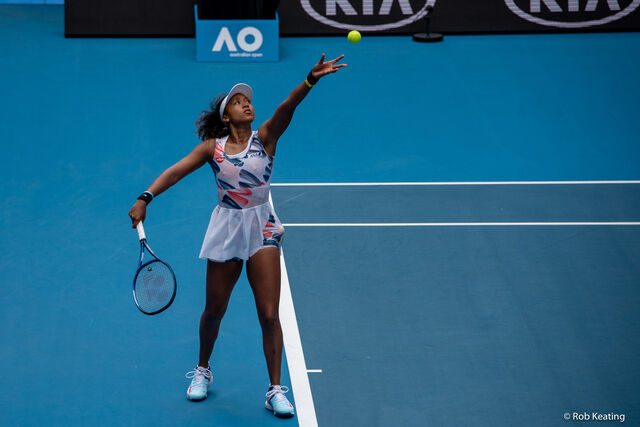 Anyone who is aware of how today’s media works in regards to culture, knows how much media relies on industries, such as sports, to keep their businesses running. Therefore, it is no surprise that four-time Grand Slam champion and No.1 Women’s Tennis Association player Naomi Osaka made headlines after her announcement on Instagram, in which she stated that she would not be attending any press for the upcoming Roland Garros event.

Naomi Osaka, 23, is a changemaker within the tennis community, known for being the first Japanese woman to win the Indian Wells Masters in California, and known as the reigning champion for the U.S. and Australian Open. Her influence in the sports world, and her consistency in regards to breaking the glass ceiling, has certified her as an inspiration for many young girls.

Making an official statement on Instagram, Osaka shared her experiences with participating in press conferences and her perspective on how much of a toll it can have on an athlete’s mental health. “I’ve watched many clips of athletes breaking down after a loss in the press room and I know you have as well. I believe that the whole situation is kicking a person while they’re down and I don’t understand the reasoning behind it," she writes.

Osaka’s statement garnered a lot of attention after being posted, gaining support from journalists and other celebrities alike. Yet, she is not the first to speak against the overwhelming presence of the media and the negative effects that press and publicity can have on some of the world’s top athletes. Other big stars, such as Marshawn Lynch and Kyrie Irving, have also shared their thoughts on the toxic relationship that athletes and journalists can have with each other.

I wrote about Naomi Osaka skipping press at the French Open, why that's OK and the relationship between media and athletes.

We've got to make it easier for these folks to feel like they can talk to us.https://t.co/jGhyipqY7j

As an article from The Observer writes, pro athletes are required to speak at press conferences as “they are usually played on sports channels or used for local media outlets. It’s what helps keep people interested in both the players and the organizations that they play for." It’s a tough situation for players to be in, as they can risk reaping a hefty fine for not wanting to speak. However, Osaka seems to not let that fact deter her from her decision, as she plans to use the money to donate to a mental health charity organization.

French Open 2021-retired Formula One Champion Nico Rosberg recently responded to Osaka’s statement, showing his sympathy towards her words. “It’s unfair, but at the same time if it's really about acute mental health problems, then it does become fair because that is more important than anything else," he added. "So it really depends on her situation," he told EuroSport.

Having your abilities questioned as an athlete, especially at the expense of the press, is a situation that makes many of today’s pro players uncomfortable speaking with journalists and doing interviews of any caliber. It has led to players creating and directing their own productions and connecting with their fans personally on social media, causing journalists to push harder on getting their media coverage. Though this isn’t the first time an athlete or celebrity has spoken up about how toxic the media industry can be, hopefully, Osaka’s words can begin a conversation about how the media and other industries can begin to respect the ones whose attention they desperately need.

After Appointing Nikole Hannah-Jones, Conservative UNC Chapel Hill Board of Trustees Denies Knight Chair Tenure for the First Time Since 1980 for One Reason: “Politics”