After Appointing Nikole Hannah-Jones, Conservative UNC Chapel Hill Board of Trustees Denies Knight Chair Tenure for the First Time Since 1980 for One Reason: “Politics”

Details
BY Stamatina Copulos
IN Feminism
Published: 21 May 2021 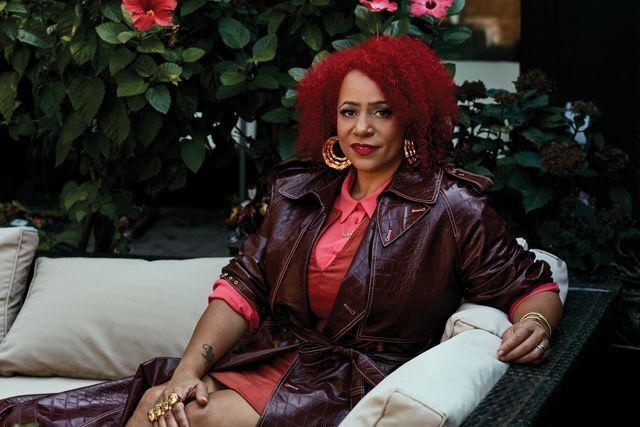 Pulitzer Prize Winner Nikole Hannah-Jones has been denied tenure at the University of North Carolina Chapel Hill after being appointed to the Knight Chair in Race and Investigative Journalism at UNC’s Hussman School of Journalism and Media, according to NC Policy Watch. The university’s board of trustees failed to approve the recommendation of faculty from the school, an unusual step that almost never happens.

When Hannah-Jones was appointed to the chair in April, Susan King, dean of the journalism school, said, “Now one of the most respected investigative journalists in America will be working with our students on projects that will move their careers forward and ignite critically important conversations.”

According to NC Policy Watch, since the school started working with the Knight Foundation in the 1980s, every chair has been tenured. An unnamed board member gave one word for the unnusual denial of tenure professorship by the board: "Politics."

Hannah-Jones won a Pulitzer Prize for her introductory essay in the Times Magazine’s 1619 Project, an ongoing initiative that “aims to reframe the country’s history by placing the consequences of slavery and the contributions of Black Americans at the very center of our national narrative.”

The 1619 project has faced major criticism from conservatives who absurdly see it as propaganda against America, according to the New York Times. North Carolina’s Republican-controled legislative branch appoints the university’s Board of Governors, which had significant influence over the board of trustees.

About 40 members of the faculty at the journalism school created and signed an online statement on Wednesday airing their disapproval and calling for the decision to be reversed. The statement said denying Hannah-Jones tenure “unfairly moves the goal posts and violates longstanding norms and established processes.”

“This failure is especially disheartening because it occurred despite the support for Hannah-Jones’s appointment as a full professor with tenure by the Hussman dean, Hussman faculty and university,” the statement added.  “Hannah-Jones’s distinguished record of more than 20 years in journalism surpasses expectations for a tenured position as the Knight Chair in Race and Investigative Journalism.”

Last year, Hannah-Jones sat down with BUST to discuss how the 1619 project has impacted not just American education and how American people see the history of slavery but also her personal life. “The Project being out has impacted me in ways both good and bad,” Hannah-Jones  said. “I never produced anything that has been as important or become such a touchstone. But it has also led to a really sustained campaign against me to discredit the work. I get a level of scrutiny, particularly from conservatives and conservative media, that I never had before. Threats.”

“The support that I’ve received from The New York Times has not waivered, not once. They have always stood vocally behind me and the Project, even when sometimes I’m on Twitter showing my ass,” she added.

In response to the board of trustees’ decision, her editors at the New York Times voiced their criticisms. Dean Baquet, executive editor, and Jake Silverstein, editor of the Times Magazine, both supported her.

“Nikole’s journalism, whether she’s writing about school segregation or American history, has always been bold, unflinching and dedicated to telling uncomfortable truths that some people just don’t want to hear,” Silverstein said. “It doesn’t always make her popular, but it’s part of why hers is a necessary voice.”

Nikole Hannah-Jones on "The 1619 Project's" Genesis, Backlash And What's Next