Details
BY Jamilah Lewis-Horton
IN Feminism
Published: 18 May 2021 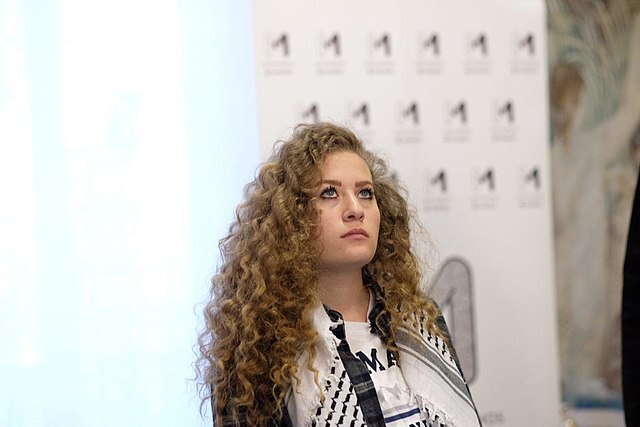 As tensions exponentially rise in Gaza, with Palestine's ongoing fight for liberation, activist Ahed Tamimi spoke with the Anadolu Agency on behalf of Palestinian women. Quite the controversial figure, Tamimi rose to public notability as a symbol of resistance in opposition to Israeli military occupation dating as far back as 2012; she was only 11-years-old at the time.

“If what happened here was in another country, they would look at it differently,” Tamimi declared, referring to the inadequate response from international human and women’s rights organizations. “I'm telling the whole world. We're human beings, just like everyone else. It's our right to live a normal life. We also have a right to live a nonviolent life.”

"There are women in the Gaza Strip who are also under bombardment, whose bodies have been removed from under the rubble,” she went on. “In Palestine, we always experience this; we always live with pain. When a woman is beaten, I immediately see my mother in her."

Tamimi’s testimony comes soon after news broke about several Israeli airstrikes that have already killed a number of Palestinian civilians. According to CNN, “The death toll in Gaza has climbed to a total of 197, including at least 58 children and 34 women…” The bombings and constant clashes between Arab and Israeli civilians on the ground mark a period of violence comparable to the 2014 Gaza War, with many speculating ceaseless conflict on the horizon.

These Israeli And Palestinian Women Came Together To Make Music - And So Much More: BUST Interview

Can Israel's Feminists Save Their Country From Fundamentalism?