Details
BY Stamatina Copulos
IN Feminism
Published: 14 May 2021 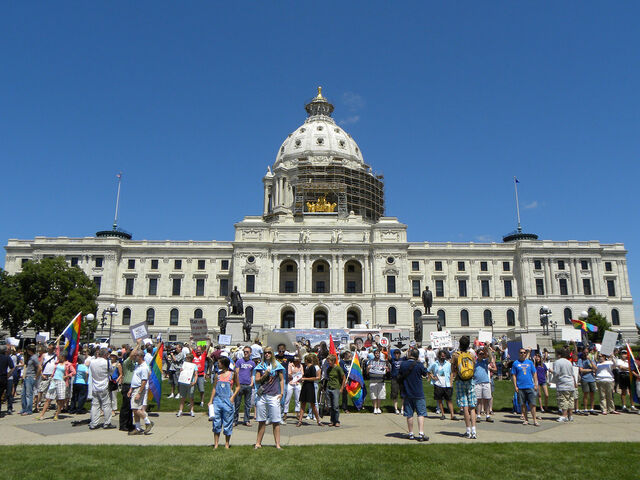 On Monday, the Biden administration banned sex discrimination against the LGBTQ+ community in healthcare, according to The Guardian. This decision reverses the Trump administration’s narrowing of the definition of sex and returns to Obama-era policies. The announcement concerns Section 1557 of the Affordable Care Act that prevents healthcare providers and insurance companies from discriminating against patients on the basis of "race, color, national origin, sex, age or disability in certain health programs and activities.”

The Department of Health and Human Services’ action affirmed that laws preventing sex discrimination also protect gay and transgender people. The department will begin again investigating complaints made on this issue in healthcare. The previous administration defined sex to be gender assigned at birth, excluding transgender people from protection by law. “Fear of discrimination can lead individuals to forgo care, which can have serious negative health consequences,“ HHS secretary Xavier Becerra said in a statement. “Everyone, including LGBTQ people, should be able to access healthcare, free from discrimination or interference, period.”

The action comes after a 2020 Supreme Court ruling that said sex discrimination laws in the workplace also protect against discrimination for sexuality and gender identification. The Trump administration said this case did not apply to healthcare because it was for the workplace but was blocked by a federal judge. The ban returns to Obama-era policies, including allowing transgender people to serve openly in the US military, another policy canceled by the Trump administrating and brought back by the Biden administration.

"We must make sure that future presidents do not backslide on our values of equality and inclusion,” said Congresswoman Jackie Speier, Chair of the House Armed Services Military Personnel Subcommittee. “I intend to add a provision to this year’s defense policy bill to secure a permanent policy of nondiscrimination for our armed forces."

Meet the Next Generation of Superstar Activists: Exclusive BUST Interviews

Tags: Trans rights , LGBTQ+ rights , Joe Biden , Department of Health and Human Services
Support Feminist Media!
During these troubling political times, independent feminist media is more vital than ever. If our bold, uncensored reporting on women’s issues is important to you, please consider making a donation of $5, $25, $50, or whatever you can afford, to protect and sustain BUST.com.
Thanks so much—we can’t spell BUST without U.