Details
BY Melody Heald
IN Feminism
Published: 12 May 2021 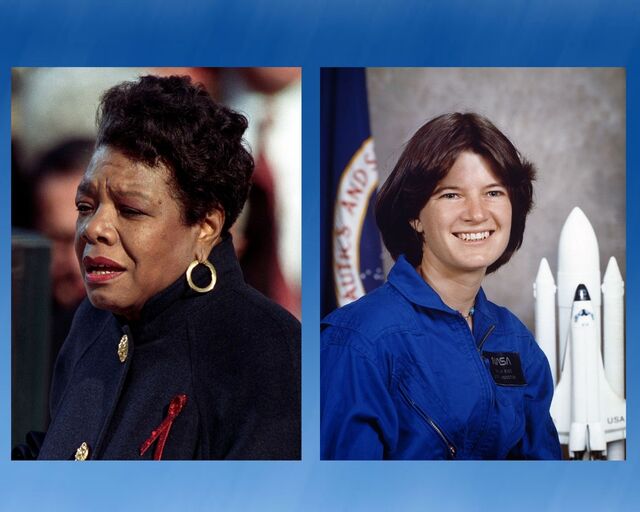 Poet and civil rights activist Maya Angelou, and Sally Ride, the first female astronaut to go to space, are the first women who will be featured on a series of quarters within the next four years by the U.S. Mint.

Each woman will be honored on the reverse, or tails, side of the coins, which will enter circulation in January 2022 as part of the American Women Quarters Program. The heads side of the coin will feature a new design of George Washington, according to The Seattle Times.

The U.S. Mint will begin producing a new series of quarters designed to honor 20 famous women in American history. First up are poet Maya Angelou and astronaut Sally Ride. pic.twitter.com/10TfSSBBar

Ride, who died at the age of 61 in 2012, “would be so moved by this great honor,” her partner, Tam O’Shaughnessy, said in a statement to The New York Times, adding that “this tribute reflects Sally’s legacy not only as a trailblazing astronaut but also as a champion of diversity and inclusion in STEM fields.”

Dr. Sally Ride was a NASA astronaut who flew into space in 1983. She flew on the Space Challenger in 1983 and 1984. Originally, Ride was supposed to head to space in 1986, but retired due to the Challenger’s explosion. Ride was awarded with the Presidential Medal of Freedom after her death. Her partner accepted the award on Ride’s behalf. She lost her battle with pancreatic cancer in 2012.

Dr. Angelou, best known for her memoir I Know Why the Caged Bird Sings, passed away at 86 in 2014 due to heart problems. She read a poem at President Clinton’s inauguration in 1993. In 2011, Angelou also received the Presidential Medal of Freedom by President Obama.

There are many other women who will be in the new quarter series, such as Queen Isabella of Spain, tennis champion Billie Jean King, women’s rights leader Susan B. Anthony, and Shoshone woman Sacagawea, who helped Lewis and Clark across the plains.

The bill was proposed by Rep. Barbara Lee of California, who believed that women who made history have not been recognized. “For too long, many of the women who have contributed to our country’s history have gone unrecognized, especially women of color,” Lee stated in her proposal.

Senator Deb Fischer and Sen. Catherine Cortez Masto, who both introduced the legislation in the Senate to create the program, wrote an opinion piece in USA Today, stating that “as female U.S. senators, our story would not have been possible without these women who came before us.”

Janet Yellen, secretary of the U.S. Treasury, is in charge of selecting the women who will be on the coins. She will consult with the Smithsonian Institution’s American Women’s History Initiative, the National Women’s History Museum, and the Congressional Bipartisan Women’s Caucus. Yellen will also approve the final designs for the coins, The Chicago Tribune wrote.

The U.S. Mint will feature as many as 20 women from a wide spectrum of fields, including but not limited to: suffrage, civil rights, abolition, government, humanities, science, space, and the arts. The women will also be from “ethnically, racially, and geographically diverse backgrounds," The New York Times wrote.

Anyone can submit a woman that they think should be featured on a quarter, the only requirement being that the woman must be deceased.

The Angelou and Ride coins will be released in January 2022.