Details
BY Melody Heald
IN Feminism
Published: 06 May 2021 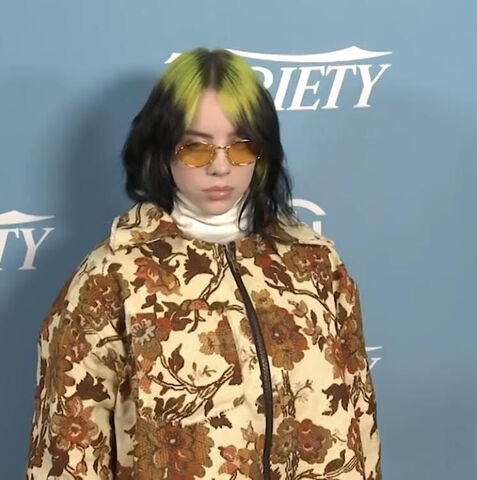 Billie Eilish’s new look isn’t the only thing people are talking about. During her interview with British Vogue, the “Therefore I Am” singer discussed sexual abuse of minors, including her own personal experience.

The 19-year old singer revealed that her newest single, “You Power,” is about people, mainly men, who take advantage of individuals who are younger. She explains how, when she was younger, she never thought age mattered in a relationship.

“I used to not understand why age mattered. And, of course, you feel like that when you’re young, because you’re the oldest you’ve ever been,” Buzzfeed wrote.

She later described in her British Vogue interview how older men manipulate young girls into thinking they’re in control, and how young girls think they’re mature and know everything, when that’s far from true. Eilish didn’t elaborate further, but mentioned that was the case for her.

“It doesn’t matter who you are, what your life is, your situation, who you surround yourself with, how strong you are, how smart you are. You can always be taken advantage of. That’s a big problem in the world of domestic abuse or statutory rape— girls that were very confident and strong-willed finding themselves in situations where they’re like, ‘Oh my god, I’m the victim here?’ And it’s so embarrassing and humiliating and demoralizing to be in that position of thinking you know so much and then you realise, 'I’m being abused right now.'”

Further, Eilish mentions that she thinks everyone has experienced some form of sexual abuse in their lives.

“I don’t know one girl or woman who hasn’t had a weird experience, or a really bad experience. And men, too — young boys are taken advantage of constantly,” she told British Vogue.

Normally seen wearing big, baggy clothes, the singer shares how the tight-fitting outfits and new hairdo are symbolic of her freedom from abuse of power. Her baggy style was a way to hide her body so people couldn’t have an opinion about it. Eilish said that her new look, and as well as revealing her story about her abuse, might spark backlash, but she doesn’t care—her newfound freedom is what’s most important.

“You’re going to complain about being taken advantage of as a minor, but then you’re going to show your boobs?’ Yes I am, motherfucker! I’m going to because there’s no excuse.”