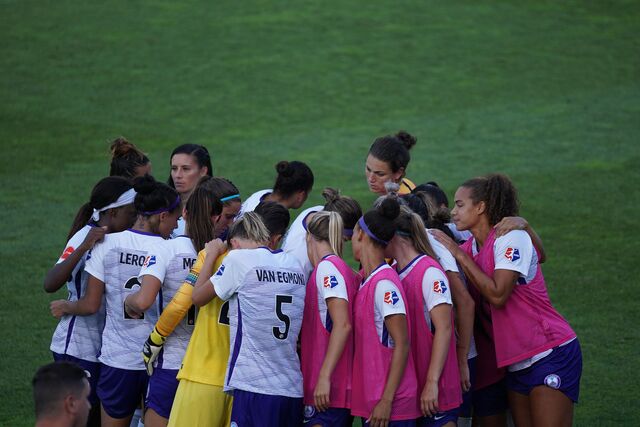 Around the country, anti-trans bills are being passed through State Houses with ease. One of the most recent horrific pieces of legislation is coming out of Florida. Here is a break down of the bill:

The "Fairness in Women’s Sports Act" will bar "non-females" from participating in women’s sports at the interscholastic, intercollegiate, intramural, and club levels. It passed the House 77-40 and is now in debates in the Senate.

Sports in the second category will not be open to students of the male sex. A student’s biological sex will be determined only by one or more of the following indicators: “1. The student’s reproductive anatomy; 2. The student’s genetic makeup; or 3. The student’s normal endogenously produced testosterone levels.”

The legislative intent of the bill is partially to “promote sex equality by requiring the designation of separate sex-specific athletic teams or sports.” The supposed goal is to protect female athletes’ opportunities at demonstrating “their skill, strength, and athletic abilities,” and obtaining recognition through “accolades, college scholarships."

There will be a statute of limitations of two years after the violation. Any school, institution, or student that receives direct harm from false accusations can “have a private cause of action for injunctive relief, damages,” etc. Institutions and schools cannot investigate each other based on this bill. If passed, the act will go into effect on July 1.

In layman’s terms, women’s sports at virtually any educational and competitive level will be closed to anyone who cannot prove they are biologically a woman if someone claims that they are not; only cisgender women may participate in women's sports, according to the bill. If there is a false accusation, the student may file for any “damages” caused. If a private school or institution wants to compete against a public one, they must also comply with the law.

This anti-trans bill aggressively attacks trans kids and young adults, and blatantly ignores any and all education on sex and gender. Demanding verification of a young person’s biological sex cannot avoid genital checks. The requirement will be violating and traumatizing for young trans people who are just trying to be their true selves.

The requirement that only cisgender women may play women’s sports assumes a lot of terrible, misguided, and uneducated things. The legislative intent of the bill is to ensure that cisgender women have access to athletic scholarships and opportunities to show their athletic skill. Its purpose is to make sports “fair,” a facet of society that is already inherently unfair.

There is an obvious notion that Floridian politicians assume that young trans athletes transition from their male-at-birth assignments to becoming women only to excel at sports in a different category. Many believe that men in general have a physical advantage over women, so there is an assumption that athletes who are assigned male at birth will transition so this advantage favors them. Studies attempting to prove that trans women have a physical advantage over cisgender women have shown mixed results.

If the goal is to truly create fairness in women’s sports, why stop at women’s sports? Why not extend the so-called "fairness" to all designations? The bill doesn't mention any other factor that makes sports unfair—like height, strength, weight, eyesight, hand-eye coordination, accessibility, and other factors. Tall people excel at basketball. Short people excel at gymnastics. There is no such thing as a level-playing field in sports.

The system of sports is inherently unfair, just as this bill is inherently transphobic. Gender identification is not based on external factors, but this bill assumes it is. The assumptions made by this bill not only are discriminatory towards the trans community, but also put the lives of trans girls and women in danger.

Tags: trans women , Florida anti-trans bill , women's sports
Support Feminist Media!
During these troubling political times, independent feminist media is more vital than ever. If our bold, uncensored reporting on women’s issues is important to you, please consider making a donation of $5, $25, $50, or whatever you can afford, to protect and sustain BUST.com.
Thanks so much—we can’t spell BUST without U.