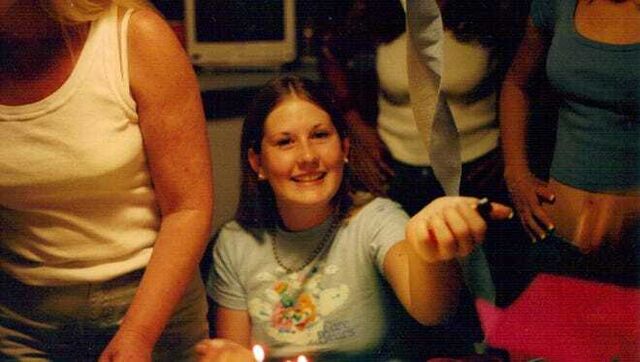 On May 17, 2001, Alissa Turney finished her junior year of high school. She was excited about her summer plans and was going to attend a graduation party that night, but she never arrived. The last time anyone would see Alissa alive was the day Paradise Valley High School adjourned for the year.

According to Alissa’s stepfather, Michael Turney, the pair had celebrated Alissa’s last day of school with lunch around 11 a.m., but at the meal, there was a verbal altercation. Alissa wanted more freedom, something Michael was reluctant to give. "She wanted to ... be able to stay out later at night, and not be accountable to where she was at. And I told her, 'As long as you're under my roof, we're gonna have to, uh ... check in with Daddy, 'cause Daddy's a nervous wreck if you don't," Michael recalled to ABC in 2009. Michael then claims he dropped a still-frustrated Alissa off at home and went to run errands and pick up his younger daughter, Sarah.

Upon returning home Sarah and Michael found an empty house, and a note claiming that Alissa was running away to California. The police determined that there was no foul play, Alissa was marked as a runaway, and the case went cold.

The case got even more confusing when in 2006 an incarcerated Florida man, Thomas Hymer, confessed to killing Alissa. Hymer had only seen age-progressed photos of Alissa and believed she was a woman that he had murdered. After he saw a real photo of Alissa he recanted his confession. As Hymer was incorrect in his descriptions of Alissa, investigators were left believing this was not a genuine confession.

While Hymer was a dead end, it reignited public interest in the case. And two years later, in 2008, the Phoenix Police Department declared that foul play was a factor in Alissa’s disappearance. The department didn’t elaborate on how this determination had been made. Sergeant Maggie Cox of the Missing Person Unit told Dateline that allegations of sexual abuse had been raised against Michael Turney, and led investigators to look more critically at Alissa’s stepfather.

In late 2008, a search warrant was executed at Michael Turney’s residence. The police would find the largest stockpile of explosives discovered in Phoenix Police Department history. There were 26 handmade explosive devices, a van filled with gasoline cans, two handmade silencers, and 19 high-caliber assault rifles.

Along with the arsenal, there was a 98-page manifesto penned by Michael called “Diary of a Madman Martyr.” The document claimed that the International Brotherhood of Electrical Workers was involved in the kidnapping and murder of Alissa. Michael had created a plan to blow up the union hall in revenge for Alissa’s death.

Michael Turney was sentenced to 10 years in federal prison for his unregistered pipe bombs and was released in 2017.

After the search, the case was cold for another decade. But the need for answers and justice never went away for Sarah Turney, Alissa’s younger sister.

A sister’s bond is like no other. I gave up everything for her, and I’d do it again in a heartbeat. #sisters #love #venom #voicesforjusticepodcast

After her father was released from prison in 2017, Sarah begged him for answers. The pair met at a local Starbucks and talked for over an hour. "I felt a lot of different emotions [afterward]," Sarah told Elle, adding, "I was sad that he still refused to give me any answers... I was hopeful that [putting those statements on TikTok] would prompt the police to finally bring him to a grand jury for questioning."

I couldn’t make this up if I tried. #justiceforalissa #fyp #voicesforjusticepodcast #foryou #foryoupage #foryourpage #truecrime

In the recording above, Michael Turney refuses to give Sarah answers about her sister’s disappearance, claiming that on his deathbed she’ll be given all the answers. That wasn’t an acceptable response for Sarah.

For 20 years, Sarah has been tirelessly trying to give her sister justice when no one else was paying attention. In 2019, Sarah began her own podcast, “Voices for Justice.” Different from most true crime podcasts, this series gives a personal look at the cost of losing a loved one. Sarah dives into her and Alissa’s family history, a timeline of events, and updates since Alissa’s disappearance.

But real traction came when Sarah joined TikTok. Sarah told Dateline in June, “Believe it or not, it has become an important outlet for Alissa’s story. I’ve received more interest in this case from that app in the past month than the last 10 years.”

Sarah’s TikTok account @Saraheturney has over 1 million followers and her videos have a total of over 20 million likes.

In February 2019, the case was submitted to the County Attorney’s office. They were requesting homicide charges be made against Michael Turney. Six months later, he would be indicted for his step-daughter’s death.

I can’t believe this. Thank you so much. #justiceforalissa #justiceforall #fyp #foryou #truecrime #voicesforjusticepodcast #justice #alissaturney

On Thursday, August 20, 2020, Michael Turney was charged with the murder of Alissa Turney. The Maricopa County Attorney announcing the charge gave Sarah credit for her continued efforts to get justice for her sister. "Sarah Turney, your perseverance and commitment to finding justice for your sister Alissa is a testament to the love of a sister,” she said. “Because of that love, Alissa's light has never gone out and she lives on in the stories and photos you've shared with the community.”

While waiting for her father’s trial, Sarah is using her social media platform to help other families get justice for their loved ones. She’s continuing her work so that no victim is left without the justice they deserve.

Cover Image via Sarah Turney/Special for The Republic

Tags: True crime , Sarah Turney , Alissa Turney , Michael Turney , sisterhood , love , cold case , resilience , Arizona crime , Arizona true crime , new true crime cases
Support Feminist Media!
During these troubling political times, independent feminist media is more vital than ever. If our bold, uncensored reporting on women’s issues is important to you, please consider making a donation of $5, $25, $50, or whatever you can afford, to protect and sustain BUST.com.
Thanks so much—we can’t spell BUST without U.