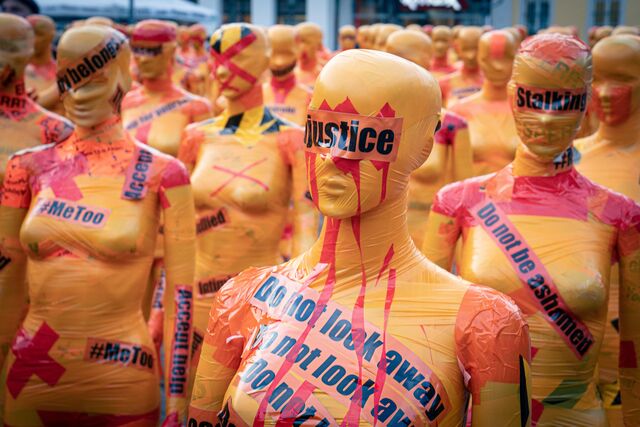 The date of April 24th has been trending on social media platforms over the past couple of weeks. Users claim there is a video that originated on TikTok of six men declaring the day “National Rape Day.” The app investigated the matter and said it could not find the original video.

News sources such as USA Today have also said they have been unable to find substantiating evidence behind the claims. Regardless of having no proof, social media users across multiple platforms have flooded the hashtag #April24 with statements condemning those who may have started the trend, shaming those who want to participate, and informing those who want to be safe.

The problem is, even as a hoax, the trend is dangerous. Its virality erases viewers’ need for proof that “National Rape Day” is a thing. People can go to the hashtag’s page on whatever media they are on and assume for themselves that there are people who believe this to be true.

But alerting women over a false fear only proves that the well-being of women is still seen as a toy with which to be played. Instilling fake fear in women who are already conscious of the dangers of not being a man is traumatizing.

Another TikTok trend referencing sexual assault is #The97Percent. In these videos, women refer to the study that shows 97% of women have experienced sexual assault and/or harassment while they tell their personal stories. It’s the second wave of #MeToo.

Considering the throngs of women who have already experienced attacks on their bodies, a lie meant to scare them even more is atrocious. There are also stupid and vile men on the internet who will get ideas from a disgusting trend such as this, even if it is fake. Women’s well-being and mental health are not a game.

this screenshot I have here NEEDS to be shown, what is this world coming too. #fyp #viral #april24 #istandwithyou #fightback #stopsexualassult  

April is Sexual Assault Awareness Month. The content made under the theme of sexual assault should show women they are not alone, not videos warning women of a fake beast. Additionally, the women who have experienced these atrocities are survivors. One cannot help but think that the hoax was meant to trigger those who are supposed to be using this month to help others through their pain. Instead, they find more.

April will be over in a week, and instead of supporting survivors and uplifting women who are in pain, the internet has spent at least the last two weeks warning women of a purge that doesn’t exist. How can we move forward if we keep trying to pull women down a hole of trauma of which they fight every day to climb out?

Photo by Mika Baumeister on Unsplash

I am a Victim of Sexual Coercion, Abuse, Stalking, and Harassment. This is My Story.