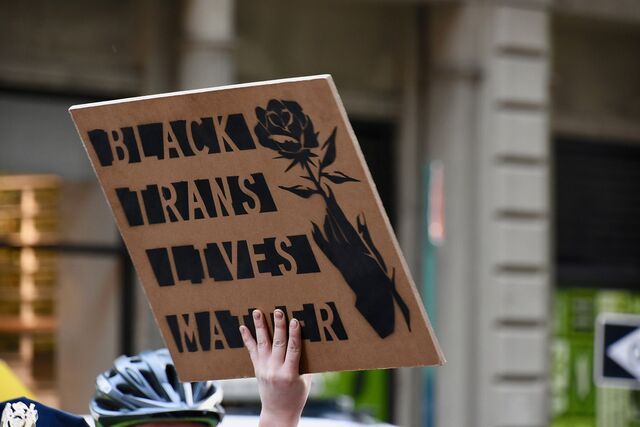 TW: This article discusses the murder of a Black trans woman and violence against transgender folks.

On Sunday, April 4, a Black trans woman named Jaida Peterson, 29, was found dead in her hotel room in Charlotte, North Carolina. After responding to a call for a welfare check on the room, Charlotte-Mecklenburg police reported Peterson’s death as a homicide, with a murder investigation currently underway. Peterson is the 14th known transgender or gender-nonconforming person to be killed this year, as cited by the Human Rights Campaign. A vigil was held by Peterson’s family on April 9th, and another was held yesterday.

When Peterson’s death was originally reported in the Charlotte Observer, it was revealed that Peterson was misgendered and deadnamed within the article, causing her case to almost not be brought up in the mainstream media. As multiple sources such as HRC and LGBTQ Nation report, it was not until her friends brought the situation into light that changes were made.

According to the Human Rights Campaign, Jaida Peterson is the eighth Black trans woman killed in the past four months and one of two Black trans women killed this month alone. The consistent violence and injustice towards Black trans people is getting worse and worse, making 2021 the deadliest year for anti-trans violence. More than ever, Black and Brown trans voices need to be uplifted and amplified, and their lives need to be protected at all costs. To get started, below are 10 Black trans-led organizations to know and support right now:

1. Black LGBTQIA+ Migrant Project (BLMP) - This organization, created in late 2017, was designed to bring visibility to Black LGBTQIA+ migrants and help share the experiences within immigration justice and racial justice movements. You can support them directly here.

2. Black Trans Women, Inc. - BTWI is a national nonprofit organization that works to address the concerns facing African American trans women in marginalized communities. Providing programs and resources to inspire individual growth, BTWI’s mission is to “uplift the voice, heart, and soul of Black trans women." You can support them here.

4. BreakOut! - Founded by Wesley Ware, BreakOUT! is a youth organization working towards ending the criminalization of LGBTQ youth in New Orleans through leadership development programs. You can check out their Twitter for more information.

5. FrootFly - Founded by Shaniece Powell and Christian Lovehall, two Black transgender “fruit-enthusiasts,” FrootFly was created to help provide BIPOC, youth, elders, and those with health-immune deficiencies the resources they need to access fresh, quality produce. You can directly support their initiative here.

6. Gays and Lesbians In a Transgender Society, Inc. - G.L.I.T.S. works to address the needs and support for transgender sex workers in the N.Y.C. area and across the U.S. Working towards addressing both crisis support and health care/resilience for trans sex workers, the organization's activism for supporting the trans community and providing more inclusion is evident through their dedication to uplifting those who need it. You can support the organization here.

7. The Okra Project - Founded by Ianne Fields Stewart, the Okra Project is an initiative created to provide quality, home-cooked meals to Black trans people experiencing food insecurity. This is done through a variety of services and programs, such as Direct Chef. Donate here.

8. House of Tulip - This housing fund initiative is working towards building a safe foundation for trans folks in New Orleans. They are currently accepting donations to provide a housing campus to those experiencing homelessness or who just need a safe place to stay for a period of time. You can directly support their cause here.

10. The Mahogany Project - Founded in 2017 by Verniss MacFarland III in response to the death of Chyna Gibson, The Mahogany Project works to provide spaces for LGBTQ+ folks in Houston and to amplify the voices of Black trans people. They are also known to be a sister organization with Save Our Sister United. You can support them here.

This Nonprofit Is Building Tiny Homes for Black Trans People