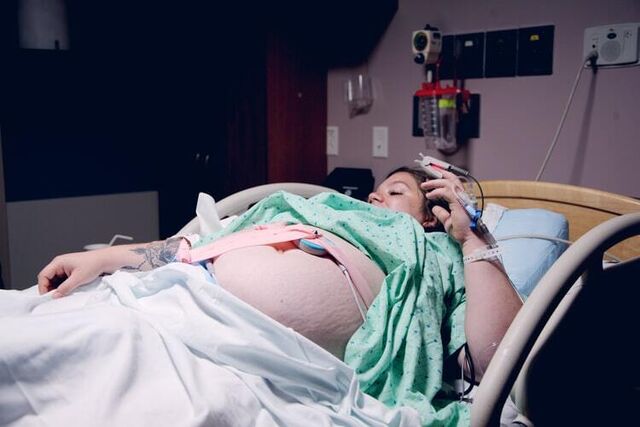 Two cases in which women were charged with murder after delivering stillborn babies in Kings County, California, have recently resurfaced and sparked outrage. Chelsea Becker and Adora Perez were each arrested shortly after their babies' deaths due to methamphetamine use during pregnancy. Their cases have since caused controversy among top legal officials and human rights groups.

In 2017, a 29-year-old woman named Adora Perez delivered a stillborn baby at Adventist Health Hospital in California. The baby tested positive for methamphetamine, and Perez was charged with second-degree murder. According to Fresno Bee, medical professionals believed Perez had been using meth up to two days before giving birth. She accepted a plea deal for involuntary manslaughter, and was sentenced to 11 years behind bars.

Also in Kings County, a then-26-year-old woman named Chelsea Becker delivered a stillborn baby on September 10, 2019. According to CNN, medical professionals believed she was using drugs during her pregnancy due to the traces of methamphetamine found during the baby's autopsy. According to the L.A. Times, Becker's two other children also tested positive for methamphetamine at birth. She was arrested for first-degree murder in November, with bail set for $2 million.

In 1970, legislators passed a law that a woman carrying a baby cannot be charged with the killing of her own unborn fetus. Three years later, a pregnant woman named Claudia Tucker shot herself in the stomach and was sentenced to probation over prosecution. During the 1990s, three women were charged with killing their unborn babies through drug use, but charges were dropped, per the L.A. Times.

Some prosecutors have deemed the Becker and Perez cases unjust, and even illegal. "Our laws in California do not convict women who suffer the loss of their pregnancy, and in our filing today we are making clear that this law has been misused to the detriment of women, children, and families," California Attorney General Xavier Becerra said in a statement (via CNN).

Both cases have prompted pushback and petitioning from women’s rights groups, including the American Civil Liberties Union (ACLU) and National Advocates for Pregnant Women (NAPW). Individuals from these organizations have argued that drug-addicted mothers should be sent to a safe facility for treatment, not jail. The ACLU previously won the releases of three women with similar cases to those of Becker and Perez, per Witness LA. "In each case, the court found that Section 187 could not be construed to criminalize a woman for her own actions that may have resulted in the death of her fetus,” the ACLU wrote in a briefing. “In the wake of these decisions, the legislature could have chosen to amend Section 187 to reach women like Ms. Becker, but it did not do so. Instead, subsequent actions by the legislature demonstrate that California has unequivocally rejected a punitive response to the problem of drug-dependent pregnant women in favor of a treatment model.”

In March 2021, Becker was released from Kings County Jail to a residential treatment center after pleading not guilty, per NBC. According to Fresno Bee, Perez is still serving time in a women's state prison, and her fate remains uncertain.