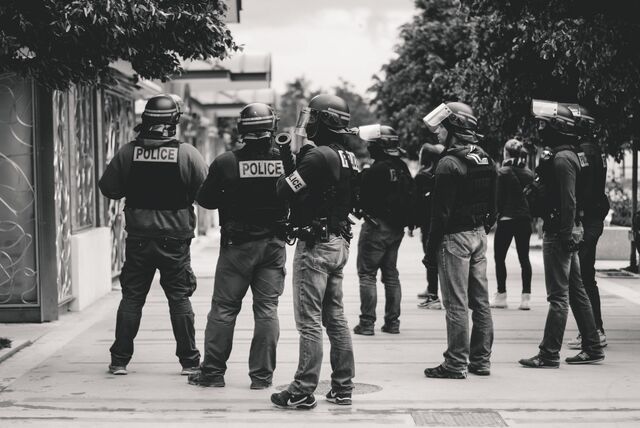 “There will be few — if any — women who don’t completely understand and identify with this,” Nicola Sturgeon told the Daily Mail, in response to the countless reports of women who have come forward about their experiences with sexual assault and their feelings of vulnerability when walking alone down the street. These reports all came from social media after news broke about the disappearance of 33-year-old Sarah Everard, who has not been seen since March 3. She had been walking home from a friend’s house in Clapham, Southwest London, where she had reportedly been abducted.

It was revealed in a statement by Metropolitan Commissioner Cressida Dick on Tuesday, March 9 that human remains were discovered near the Kent, London site where Everard was reported to have been abducted and killed, according to the Daily Mail. Officer Wayne Couzens, who was arrested for suspicion of murder and abduction, is still currently in custody; another woman was also arrested for aiding an offender.

Not much has been revealed about the officer, besides the fact that he worked under the Parliamentary and Diplomatic Protection Command and that he was not on duty at the time of Everard’s disappearance, as reported by the Daily Mail. A statement from the Met claims that “[Couzens] has been further arrested on suspicion of murder and a separate allegation of indecent exposure.”

The news of the murder spread like wildfire across social media and has spawned responses from women of all ages expressing their anger and frustration. According to BBC News, multiple women have organized WhatsApp groups and Zoom rooms to discuss Everard's case and share their own experiences walking alone at night.

“I learned from a very young age that I would have to change my behavior in order to keep myself safe...this has been my reality since I was 14 years old…,” Grace Jessup told Radio 1 Newsbeat, per BBC. Daisy Edwards, who lived five minutes away from where Everard was last seen, claimed that she saw the missing person posters, but as she admitted, “didn’t take it seriously...I think I may have been desensitized to it."

Despite many women and men expressing their concerns about the situation, a small majority have come together to create the #notallmen on both Twitter and Instagram, claiming that only a minuscule amount of men are attackers. Naturally, this heated another debate about the illogical fallacy of this statement and how it undermines and disregards the feelings of those who have been a victim of male violence.

As Tessa Coates wrote on Twitter: “...If you’re tempted to write #notallmen, let’s hear all the wonderful work that you do...because right now it sounds like you want a prize for never raping someone in a park."

Sarah Everard was last seen leaving a friend's house in #Clapham on Wednesday. She hasn't been seen since.

We are releasing an image from earlier that night in the hope somebody may recognise her.

📞 If you have any information please call us on 101.https://t.co/FAunrfj4Tj

Clementine Ford took to Instagram to share her frustration with the hashtag as well, writing, “It’s enough that women can literally never feel safe...nowhere is safe...misogyny is real….men are the single biggest threat to women…”.

Many government officials have come forward to express their concerns for the safety of all women and the steps that need to be taken to ensure that incidents like these do not happen again. As the Daily Mail writes, “The Home Secretary vowed that she would do all [she] can to protect women and girls from violence and harassment." A statement from Downing Street claimed that they would be working with the government to create law enforcement agencies, charities, and women's groups to develop a strategy to ensure women’s safety. A vigil called “Reclaim These Streets” is scheduled for this Saturday at Clapham Common in south London.

Some have suggested a curfew for women, but it's been pointed out time and time again that men, not women, are responsible for changing their own behavior. Jenny Jones, the Baroness of Moulsecoomb, shared a novel idea. “In the week that Sarah Everard was abducted and, we suppose, killed — because — remains have been found in a woodland in Kent — I argue that, at the next opportunity for any bill that is appropriate, I might put in an amendment to create a curfew for men on the streets after 6 pm.”

Top Image by ev on Unsplash

At 16, Cyntoia Brown Was Sentenced To Life In Prison For Killing The Man Who Bought Her For Sex. 15 Years Later, She'll Finally Be Set Free